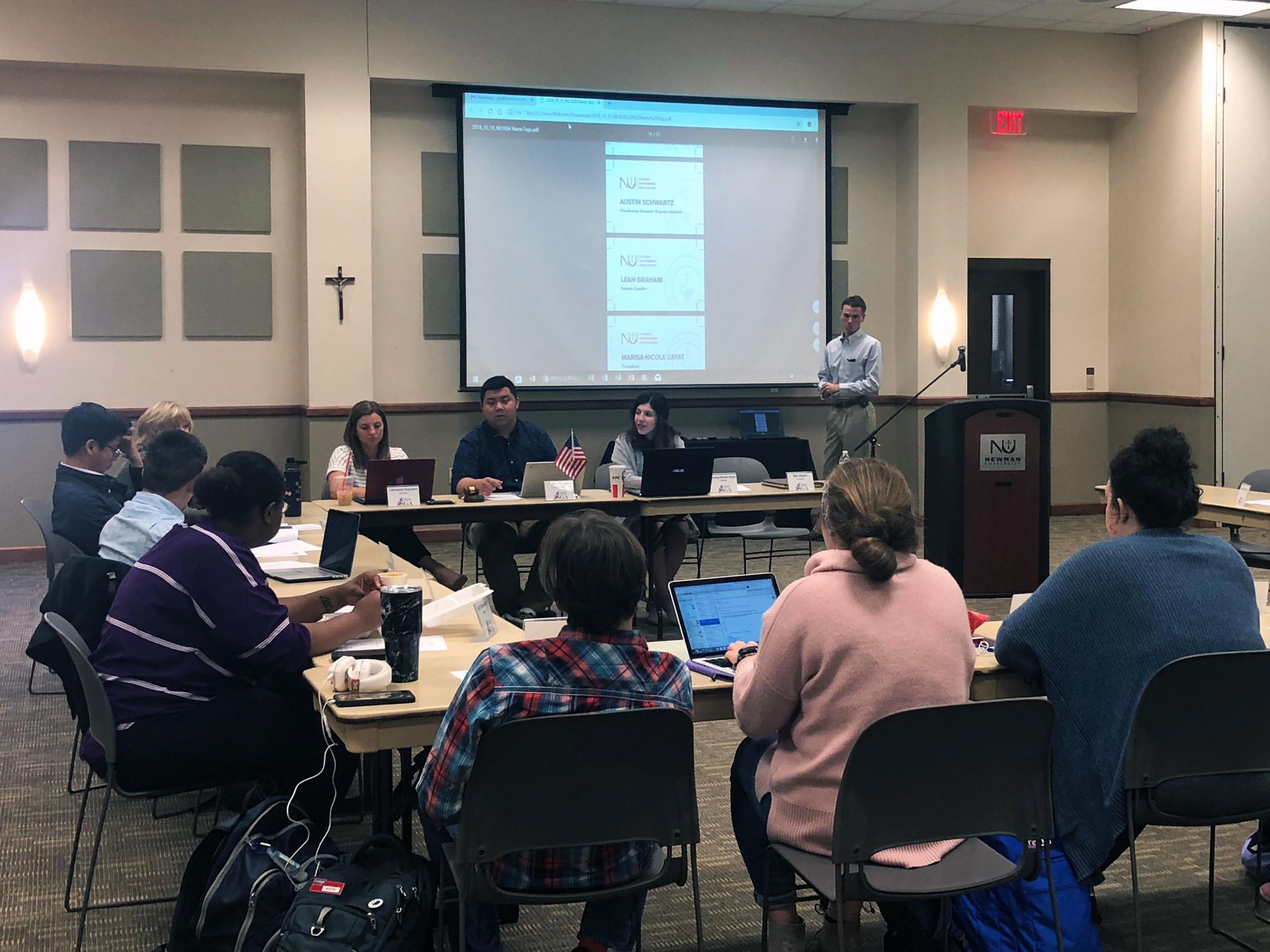 SGA votes to raise the pay for its executive board

The Student Government Association passed Bill 1921 last week, which increases the amount the Executive Board is paid.

The record shows the bill was passed by the Senate with 14 votes in favor, 0 against, and 2 abstaining. There are 17 senators in SGA.

The bill goes into effect immediately and SGA Vice President Thao Nguyen said the board is hoping to get paid during this semester but has a back up plan in place to receive full compensation next semester just in case.

“We’re trying to work out those details right now, but we’re thinking that either we’ll be compensated in the past like it has been with the two semesters scholarships, the full scholarship broken in half, or if there’s any problems with that, it would be a lump sum next semester,” he said.

In past years, pay was decided by the SGA adviser, but this year’s Executive Board decided to take a different path.

After being approached by the executive officers, Schneikart-Luebbe suggested they look to similar schools to see how their executive board is paid.

Nguyen said the Executive Board made a spreadsheet of the hours they worked and decided on the amounts based on if the board was paid $7.25 an hour and worked an estimated average of seven to eight hours a week, which includes their five office hours and meetings. Nguyen said they multiplied that number with the number of weeks in the academic year.

Nguyen said he reached out to different universities from the Heartland Conference and the Association of Catholic Colleges and Universities to learn about their total SGA budget, duties of the SGA officers and their compensation and if senators are compensated.

“It seemed that executive officers at other universities do less office hours than the ones that we do, and they are paid more in scholarships than us,” he said.

Nguyen said his findings led the executive officers to their decision to propose a raise in pay that would be, what they consider, a fair compensation.

Schneikart-Luebbe said she feels the bill will attract more students to run for SGA.

“I would hate to hear someone say to me, ‘I would love to get involved in student government as an executive officer, but the pay is so paltry that I can’t afford to be involved.’ That’s not the reason we want someone to choose not be involved.”

The bill in its entirety can be found here.

PHOTO: THE SGA PRESIDENT’S salary has been doubled for this year, while others received a $1000 increase. Carley Sullivan, Photography Editor

Our rights matter. We will not be erased.