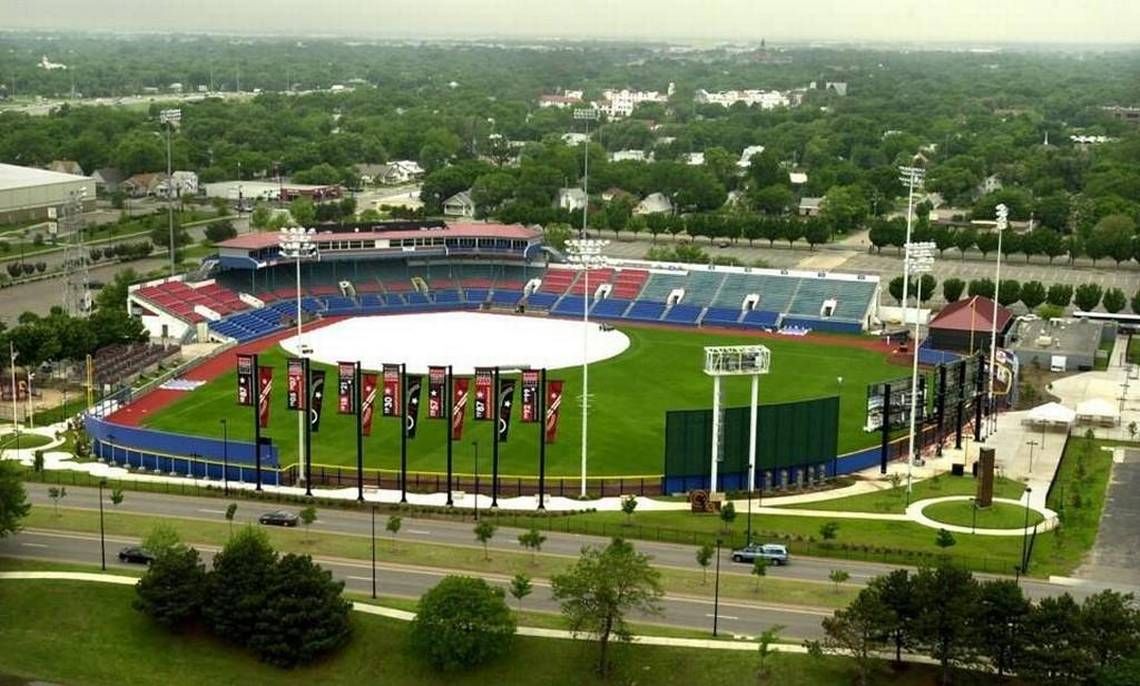 Newman sports fans will get some extra cushion this spring when Newman athletics installs 250 bleacher seats it received from Lawrence-Dumont stadium.

The city of Wichita announced this fall that it would tear down the current stadium to make way for a new one, as well as a new baseball team starting in 2020.

On Oct. 13, the public got a chance to buy some of the seats, but Newman University got all 250 for free.

Director of Athletics Victor Trili said he started on this project two years ago when he heard the mayor say he was bringing a higher level baseball team to Wichita to replace the Wichita Wingnuts.

“I was at a function down at Lawrence Dumont that he was in attendance at up in the suites. So, I kind of moved him outside and I told him ‘You see those seats down there? I’d like to have an opportunity to get those.’”

Trilli said the bright red seats’ new home will be the softball, baseball and soccer areas. He said each seat is individual and can easily be attached to the existing bleachers.

“We’re going to have a part of Lawrence-Dumont at Newman and that’s just a cool thing. The colors work, so for me it was almost a no-brainer.” Trili said. “So, thanks to the mayor and the city, we were able to get those.”

Trili said facilities has the seats and plan to put them on when the temperature get warmer during the spring as softball and baseball get going.

“The whole purpose was to make the bleachers look better, but it always looks better if you have the red seats with people in them,” he said. “Now, when people come to support and watch, they have their own chair; it is comfortable.”

I think that having these seats will bring a bigger stadium feel to our field and that they will help with the appearance of the softball field just making it more inviting,” Payne said. “I hope the fans like the new additions and that they are more comfortable while watching us.”

A new take on an old tradition: Asian-American