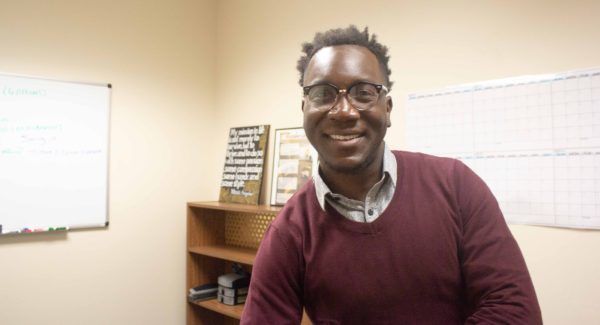 The Student Life office is currently accepting applications for students to become ambassadors for Newman’s newly formed Diversity Round Table.

Joseph Shepard, the Director of Multicultural Engagement and Campus Life, said he also plans to have six ambassadors oversee a round table made up of the different diversity organizations on campus, including Black Student Union, Asian Student Alliance, MultiCultural Leader Organization, International Student Alliance, Kaleidoscope and Latinx American Leadership Organization.

“They’ll still have their own separate identity and advisors,” he said, “But once a month, the ambassadors will bring all these groups together again, empower each other, stay up to date on what each other is doing and learn how they can support each other on a campus like Newman.”

“The ambassadors from the diversity round table are also going to be specifically responsible for our Jets Table Talks and making sure that we’re having conversations that push our students to lean into discomfort but walk out of the conversations feeling more empowered,” he said.

Ambassadors will lead a new project called Newman Ignite Program where they’ll go into USD295 middle and high schools to talk to students of color about Newman being a legitimate option for them.

“We have a lot to offer at Newman University, and I know our students are our biggest and best champions for getting the word out about Newman,” he said.  “So, the diversity round table ambassadors will be in charge of creating that program and launching it.”

Shepard said the overall goal for the organization is to be a resource for students on campus.

“We want to use this organization as a way to ensure the entire student body is becoming more culturally conscience” he said, “To look at our differences and say, ‘We may be different in some aspects, but we have a lot of things in common that we can focus on to united our student body as one.”

School closed after rumors of threat spread on campus