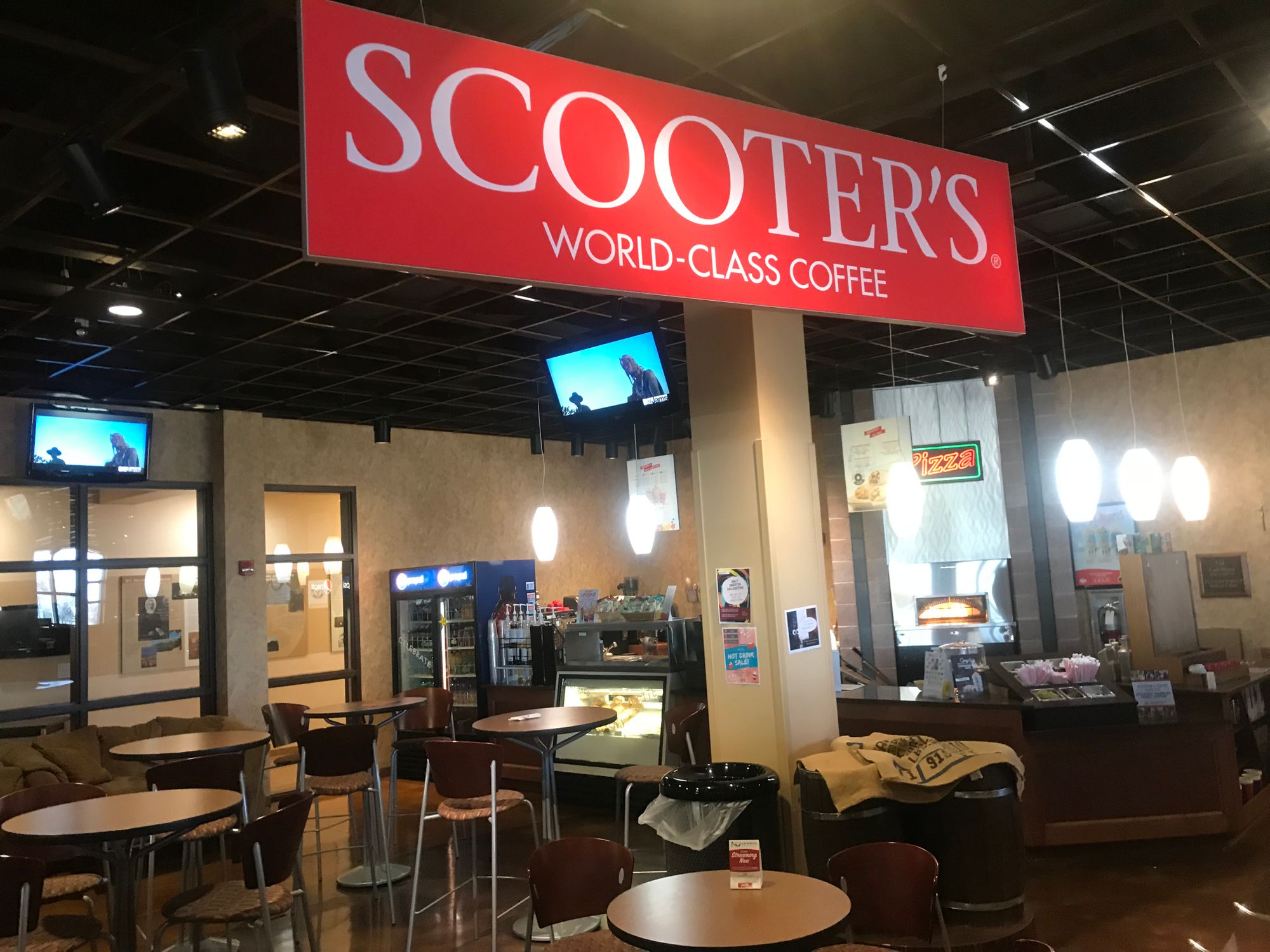 The Scooter’s inside Newman’s Dugan Library will close for good on Thursday Dec. 13, its manager said.

The closing is necessary because of a decline in student business and the added cost of the food menu, said manager Jordyn Taylor.

The news is just as abrupt for Taylor, she said, although she believed higher management had been thinking about closing for a while because of the rising costs of staying at Newman.

“It’s representative of how many people are living on campus right now,” she said. “And the fact that not a lot of people are buying the meal plans with the Scooter’s bucks.”

Newman students living in all resident halls beside Fugate for the 2018/2019 school year all were required to buy a meal plan that came with $100 Scooter bucks. But, when the number of students living on campus declines, so does the amount of money going to Scooter’s.

Taylor also said there’s been trouble with the new food menu, which was added last year.

“Scooters doesn’t typically have the different foods,” she said. “So the pizzas, wraps and sandwiches are all extra. We don’t ever have Pepsi products either and it’s all just a pile onto our regular Scooter’s.”

After finding out the news Wednesday morning that he was going to need to find another job, Junior Pedro Granados said he wished Scooter’s had notified the students earlier if they knew it was going to close.

“Not that I am in desperate need of a job, but there are students that really depend on Scooter’s,” he said. “If they had known for so long, we could have had time to find another job for the next semester.”

Taylor said she believes other vendors are considering taking over the space. Until closing day, Scooter’s will have a lot of deals that students take advantage of.

“We are going to be probably having a lot of sales in the last week,” she said. “So just look out for our emails to tell you what we’re doing.”

PHOTO: STUDENT EMPLOYEES working at the Scooter’s on campus were informed on Wednesday that the coffee shop would permanently closed next week. Kevin Clack, Sports Editor

To work together, the political pettiness needs to end.

Get your ‘Holly Jolly’ on