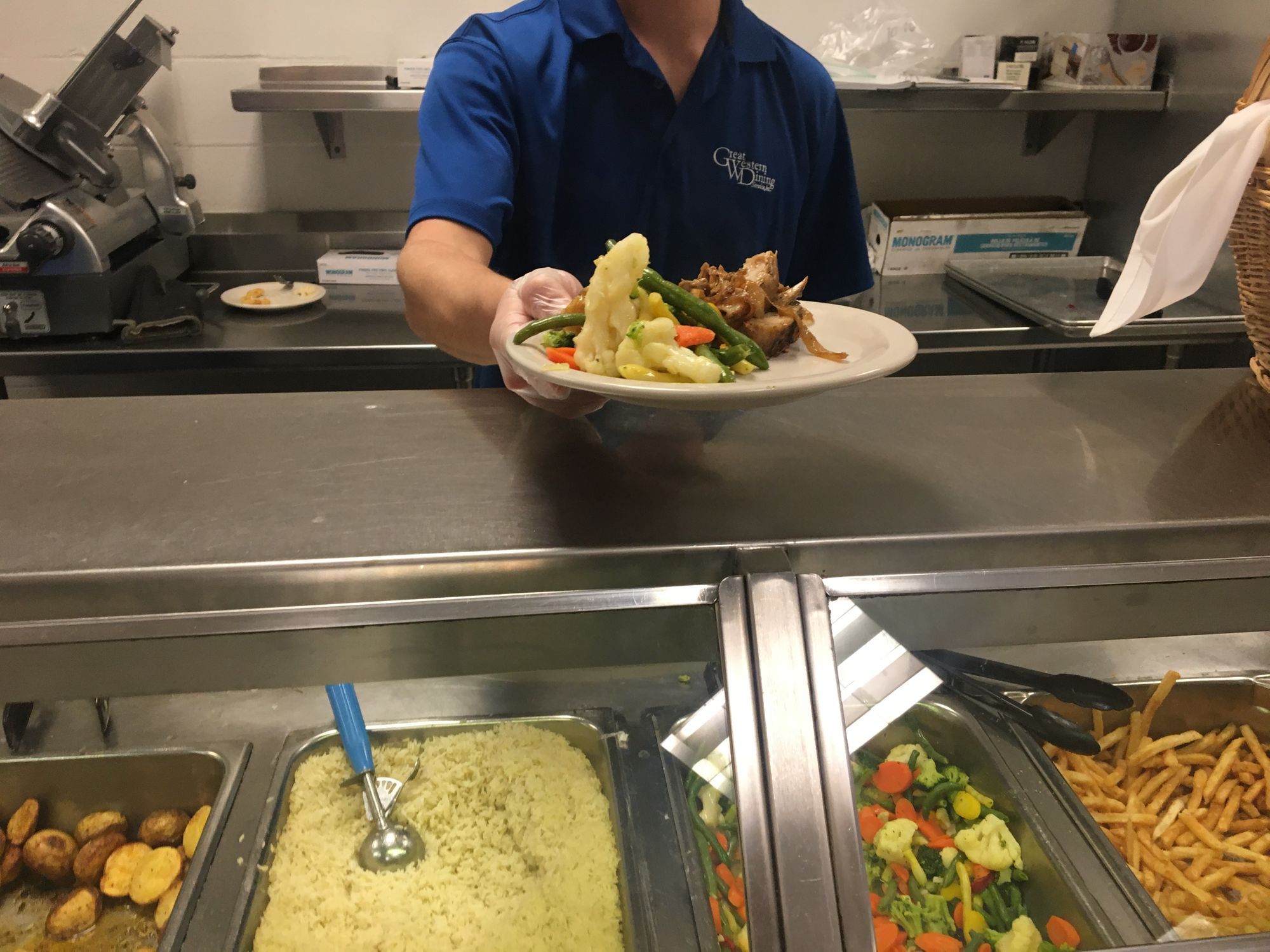 There may be hope on the horizon for students who are dissatisfied with having only one meal plan option at Newman. A task force that will discuss options for possible new meal plans may be forming soon, Jennifer Gantz, Vice President for Finance and Administration, said.

Gantz said that almost immediately after the change was announced, the idea to form a task force to analyze whether or not the university should bring back or create at least one more meal plan was discussed due to the complaints of students.

The job of the task force when it is formed will be to to find, as best it can, a “happy medium” between the financial needs of the university, Great Western Dining Services, Newman’s food provider and the needs of the students.

“We knew we needed to get through at least one semester so we could see, ‘Okay, well, they weren’t happy initially, but does this seem to be working out for everybody?’ And so we knew right away that we were going to want to do an analysis to see if it was something we wanted to keep…. We at least owe it to everybody to have a committee to look at it,” Gantz said.

Gantz said that feedback from students, especially upperclassmen, about the one option so far has been negative.

“...They didn’t want to have just a 19 meal plan. And so I’m going to get with our new dean and see if we can assemble a task force with students and staff here to see what would be the best. If maybe it’s not three, maybe it’s two meal plans, and what are the numbers and how do we get that figured out.”

Gantz said that, when making decisions, Newman must consider the financial benefits to the university as well as those of their providers, such as Great Western Dining Services, while also trying to keep in mind the needs of students.

Gantz said that previously having three meal plan options did not negatively impact Newman as much as it did Great Western.

“We obviously want them to make as much money as they can because the more they make money, the lower they’ll keep our rates. And in turn, we pass along the rates, so we don’t have a big markup from what they charge us, we just pass along any increases that they give to us. So it’s in all of our best interests to keep those costs down…. I think a task force where we can have everybody’s input will be good to see what we need,” Gantz said.

Gantz said that the members of the committee will be chosen by Dean of Students Christine Schneikart-Luebbe. Gantz added that the task force will include herself and that she would recommend that Director of Residence Life Scott Mudloff be on it as well as a student athlete and a non-athlete, due to the varying schedules of students. There will likely be a representative from Great Western Dining Services on the task force as well.

As to what the new plan might look like, Gantz said that she does not have a definite idea.

Mudloff, said that although the smaller plans look cheaper, the 19 meal plan offers the best price per meal. Newman was the only institution that Great Western Dining Services provided services to which offered more than one meal plan. Mudloff said that this year was the “pilot year” to see how the 19 meal plan would work as the only option.

Mudloff said that Newman has to publish its fees by a certain date for the next calendar year for FAFSA information, etc. He said he believes the university has already released the fees for next year.

“So I don’t know that we’ll be changing meal plans for next year, so to speak. Now, that could always change, that’s not set in stone… We’ll start looking into this a little more and figuring out what we need to do, or what we need to change,” Mudloff said.

“If we can get the majority of people happy,” Gantz said, “that’s what we’re aiming for.”

Move over Rodeo: A new club is in town

The DisadVantage: De-stress week is a myth