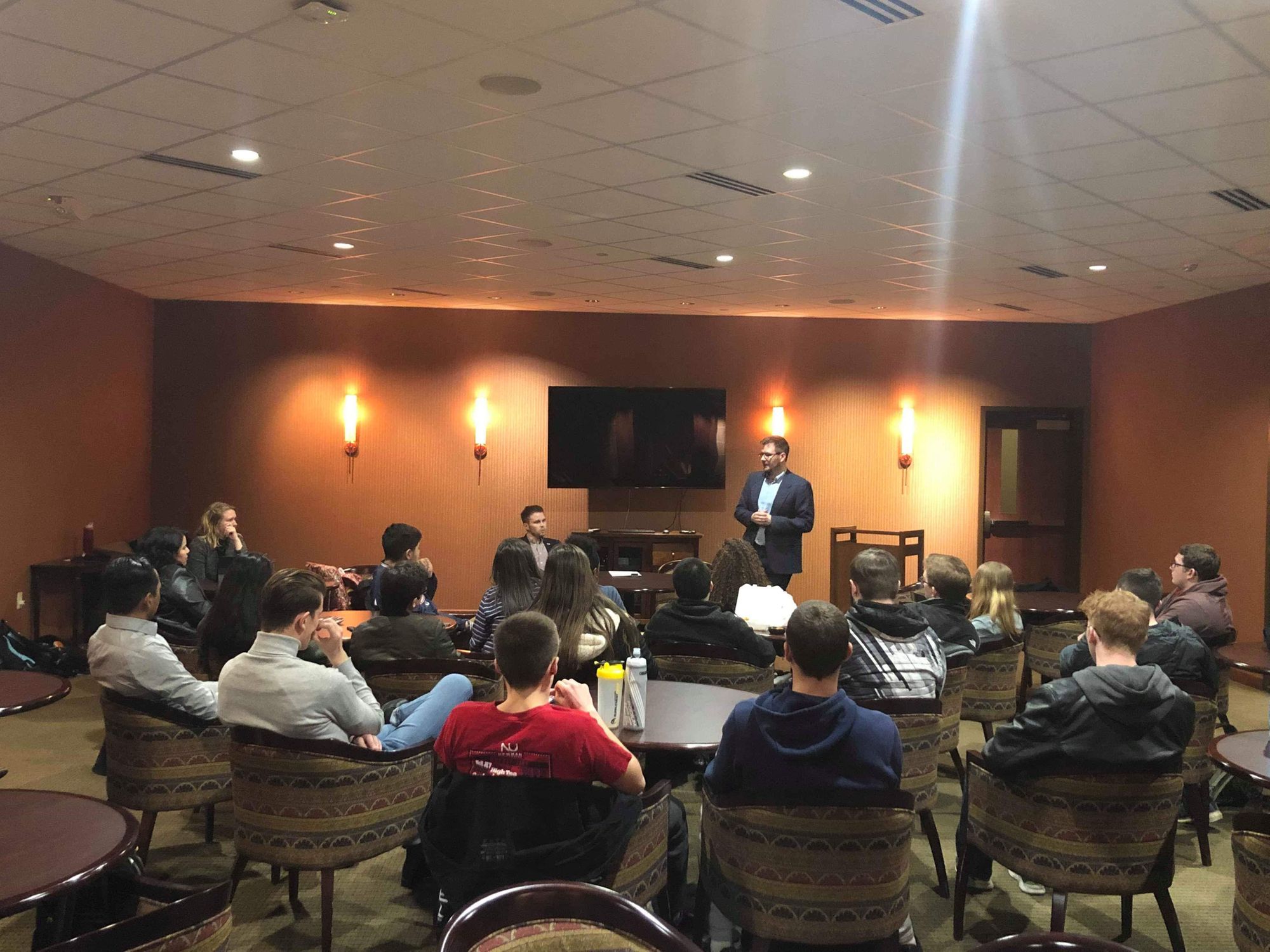 An informational meeting for the potential start-up of a College Democrats Club and a College Republicans Club was held on Tuesday in the Alumni Center.

Director of Multicultural Engagement and Campus Life Joseph Shepard said he helped organize the event because he wanted students to be exposed to different points of view.

“One of the things that I promised the students when I was interviewing is that it is important for us to focus on the wholistic diversity and that includes diversity of thought and philosophy,” Shepard said. “I think so often our students get kinda tired of hearing about diversity because we only talk about it from one faction and that’s race or sexual orientation or religion, but diversity of thought and philosophy really does help propel our university forward.”

Shepard asked his friends Chris Pumpelly and Dalton Glasscock to speak to students about the missions, values and goals of both parties.

Pumpelly, speaking on behalf of the Democratic Party, and Glasscock, on behalf of the Republican Party, said they have been friends for some time now. Shepard said their friendship was the reason he selected the two of them to speak.

“They’re from two separate political parties, but they’re still great friends. So, I hope, by them being the example today for our students, they will see that it’s possible to be on two separate political aisles yet still remember at the end of the day they can shake hands and depart as friends,” Shepard said. “That’s important when promoting a spirit of diversity of thought and philosophy.”

Glasscock and Pumpelly both said that anyone who agrees with at least 80 percent of what you believe is a friend.

“I’m hoping that these organizations will … continue to help our campus promote a spirit of critical consciousness by encouraging the students to see the world through the lens of somebody else, and I think that’s always important,” Shepard said.

Students can find more information about ways they can get involved in local politics by visiting either www.sedgwick.gop or the Sedgwick County Young Democrats Facebook page.