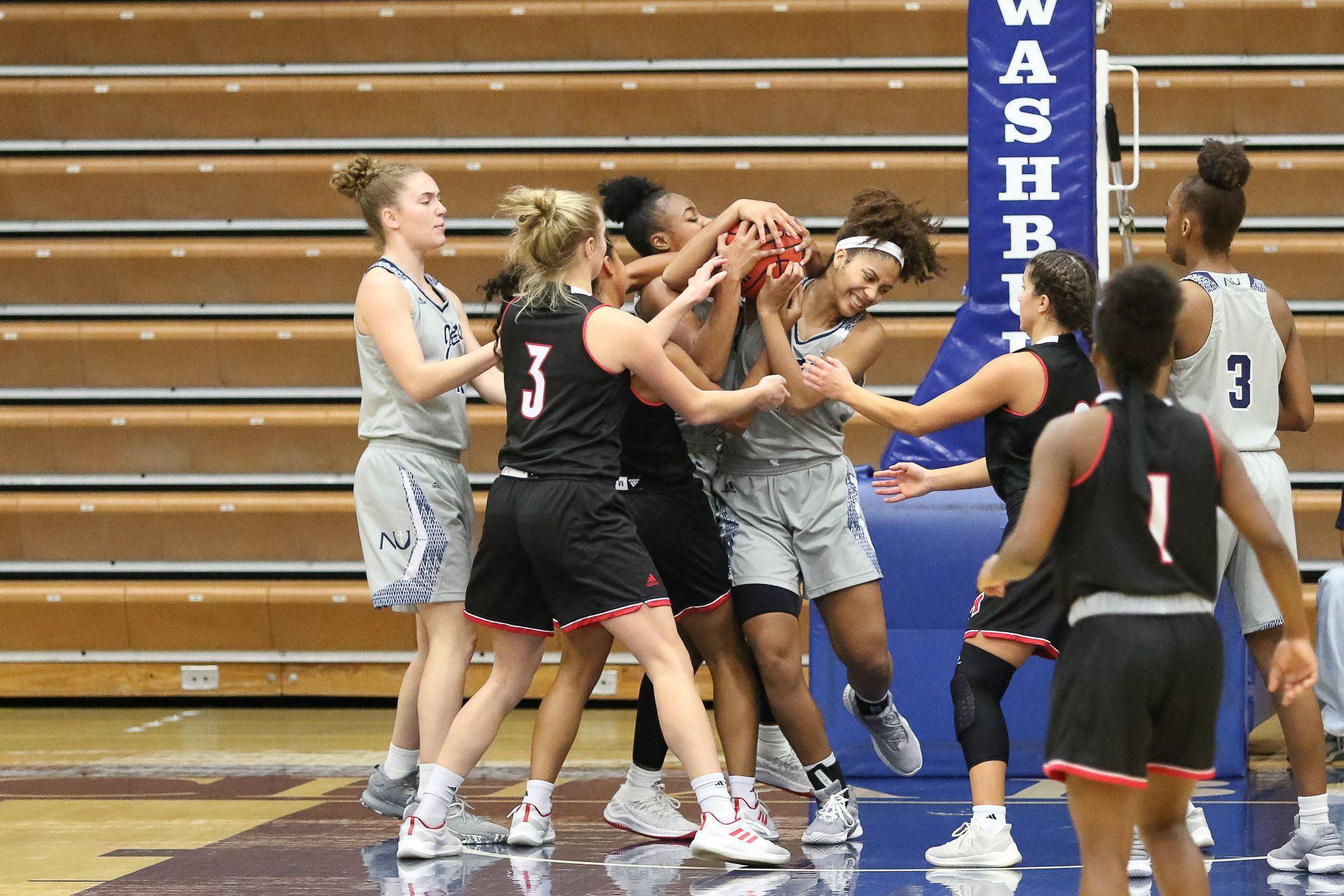 Spring semester has started and both the men’s and women’s basketball teams have winning records.

The men’s basketball team has had a successful season so far with a 14-5 winning record and nine games left before the Heartland Conference championship.

“I feel good about where we are right now, but we still have a long way to go as far as our goals that we want to accomplish for the season,” R.J. Allen, head men’s basketball coach, said.

Although the Jets have had a great deal of success this season, Allen said that the team is always working on the basics.

“The fundamentals of the game are things that we are constantly working on improving. Offensively getting better, continuing to rebound the basketball the way we have and maybe even taking that to the next level are areas that I think if we can do those and consistently improve in them that that will help us tremendously down the stretch.”

Allen said that for the last couple of years the team has been a top two or three team in its conference and that this year it wants to continue to fill that role and strive for a league championship.

“I think we have an opportunity. Things have to go right. We have to play well. We have to get focused, but I think we are right where we need to be right now,” Allen said.

The men’s team plays at 8 p.m. tonight at Lubbock Christian. Their next home game is at 3 p.m. on Feb. 9 against St. Edward’s.

The women’s team is also having a successful season with a record of 12-7. They too have nine conference games left to play before the conference championships. Darin Spence, the head women’s basketball coach, said that the Lady Jets are “getting better daily.”

Spence said that the Lady Jets have always had a defensive mentality but that they are working on improving their team offense on a daily basis.

“Our offensive spacing, rhythm and timing have improved and when you add our aggressiveness and talents to that, we have the makings of a team that can score points.”

The Lady Jets are also looking to improve their inside post game to go along with their ability to shoot the ball from the outside, he said.

“As our inside attack improves and becomes more of a threat, that will help balance us out and get the defense down off our shooters some.”

Spence said he believes that there are several teams that are capable of winning the conference title. The Lady Jets want to put themselves in a position to win the regular season conference title and to earn a spot in this year’s NCAA tournament, he said.

“With continued work, I believe this group can be that special group who can do it,” Spence said.

The Lady Jets play at 6 p.m. tonight at Lubbock Christian. Their next home game is at 1 p.m. on Feb. 9 against St. Edward’s.

PHOTO: BOTH MEN’S AND WOMEN’S BASKETBALL will hit the road Wednesday to play against the Chaparrals in Lubbock, Texas. Courtesy Photo, Newman Athletics

Swipe right: my journey on Tinder