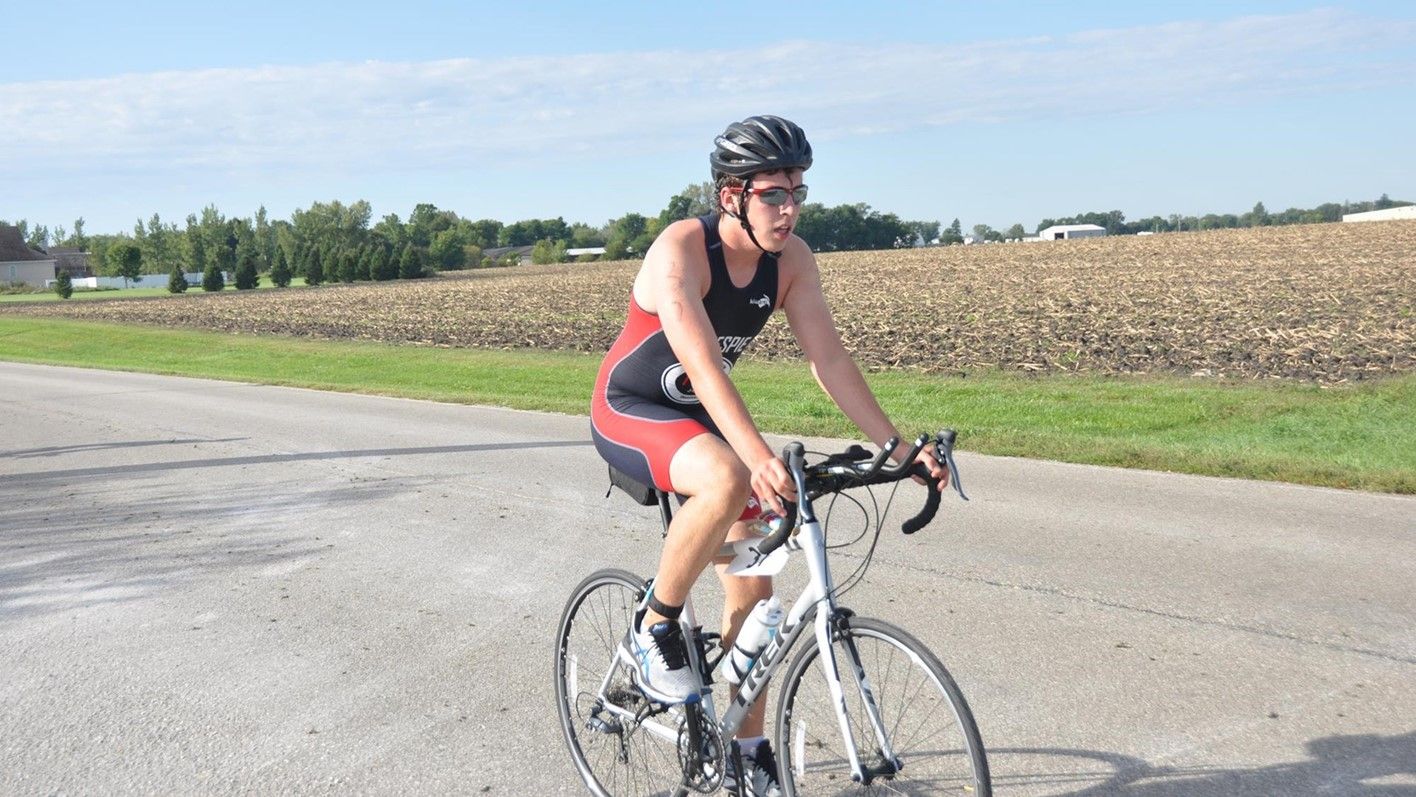 Triathlon enters its final stretch of the season

Spring semester is underway and the triathlon team is in the midst of its winter race series with only two indoor meets left before the collegiate nationals.

The team was successful during their summer race series, and coaches and athletes expect the rest of the season to be just as successful.

“I think we are doing really good, and I think we will only continue to improve as the season goes on,” Jeff Lovgren, head triathlon coach, said.

During the winter months, the team competes indoors, rather than outdoors, which according to both coaches and athletes, comes with its own set of challenges.

“Your mentality needs to be different. It tends to get dull at times because running on a track or biking on a stationary you don’t get the same views that you get outdoors. It’s much more mentally trying indoors,” he said.

Even though their season is long and tiring and competing indoors is not the most ideal, Nguyen said that Lovgren is great at keeping the team motivated.

“After a meet, instead of growing complacent and patting ourselves on the back, we will be proud of each other for a moment but then Jeff is always hungry for more. That mentality translates to us as athletes as well, and so we are constantly hungry for more,” said Nguyen.

That “more” that Lovgren and the triathletes are hungry for is a top 50 placing at the national meet in April. Lovgren said the team is “inching closer and closer” to that goal.

Apart from a placement at the national meet, Lovgren said improvement  is something they are always striving for.

The team is young and becoming more experienced with each day. Lovgren said he couldn’t be happier with the growth the team has shown.

“As far as experience and where they are going, I think that’s exceptional. Every meet that we do, they are improving, we are getting better times, and the level of improvement has blown me away,” he said.

Freshman Taylor Stevens said she is confident that the team will continue to be successful the rest of its season and like Lovgren, Stevens said she has seen a great deal of growth on the team.

“From everyone’s first race there has been a lot of improvement. We just keep getting better,” she said.

The Jets compete next starting at 9 a.m. on Feb 24 at the Tropical Indoor Triathlon in Iowa City.

THE TRIATHLON TEAMS compete indoors during the winter months which comes with its own set of challenges. Courtesy photo, Newman Athletics

A SPIRIT-ED HOMECOMING: CAB hopes Homecoming will be bigger than ever

Men: We deserve our own Valentine’s Day