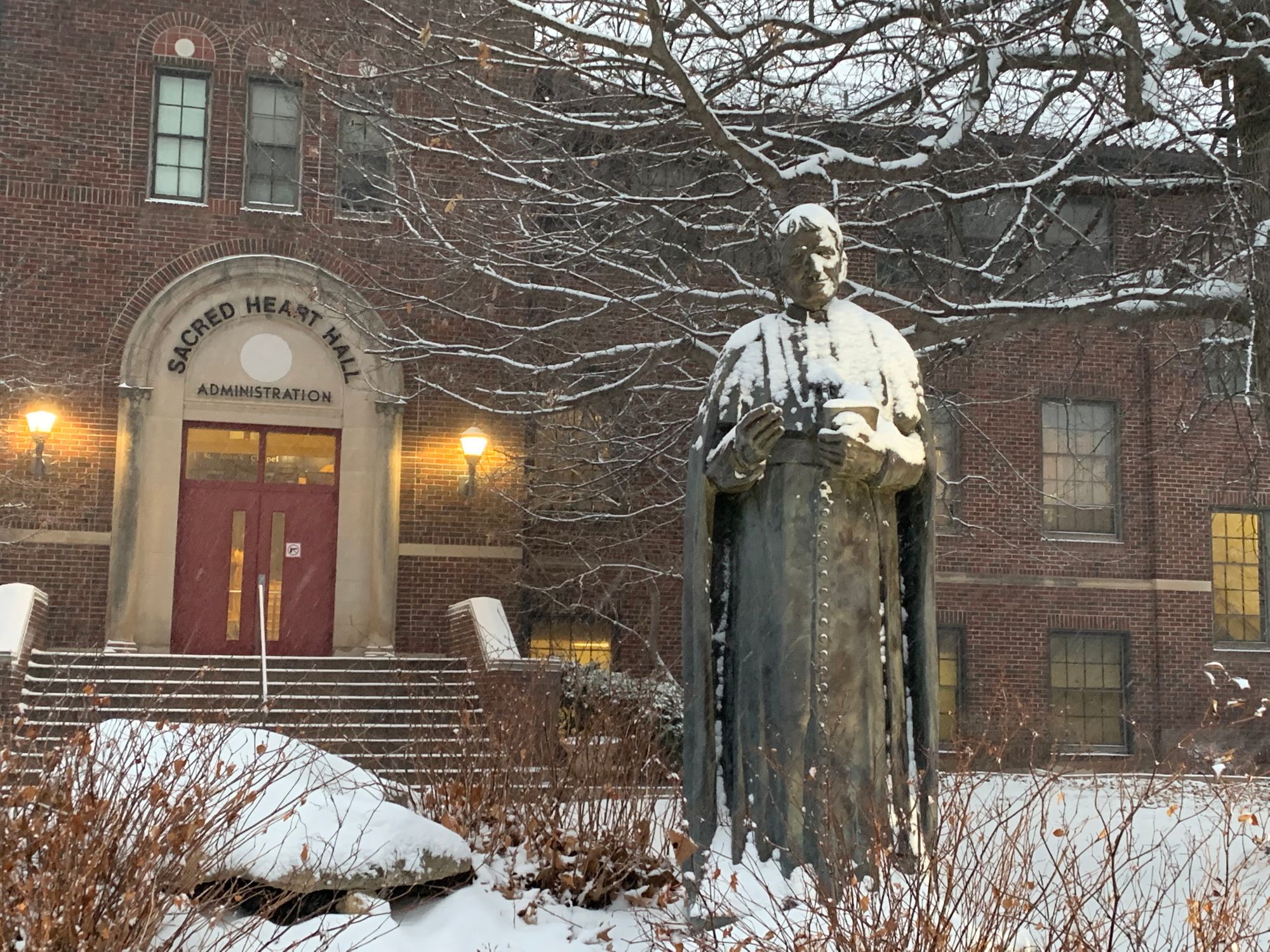 John Henry Newman to be declared a saint

Newman University’s namesake, John Henry Cardinal Newman, is about to become a saint.

Pope Francis approved Newman’s canonization on Feb. 13 after a second miracle was attributed to him.

This will make Newman the second saint associated with Newman University, the first being Saint Maria DeMattias, who was canonized by Pope John Paul II on May 18, 2003.

While Pope Francis hasn’t set an official date for the canonization, President Noreen Carrocci said she hopes it will be sometime this year.

“We’re just glad to have the name associated with one of the greatest minds in Catholic thought and in the intellectual tradition,” Carrocci said.

Consideration for canonization is a long process with many tests, university chaplain Father John Fogliasso said.

Fogliasso said that there is typically a five-year period after an individual’s death before the church investigates their life to see if they are deemed fit for canonization.

Fogliasso said the next step towards canonization, “the Vatican, the Congregation for the Causes of Saints, determines that an individual did in fact lead a life of heroic virtue, than they are given a different title and that title is Venerable.”

After this is done the Catholic Church waits for intercessory miracles. Fogliasso said this involves intercessory prayer, which is asking someone to pray on their behalf.

Once the acts cannot be explained by science or logic they are considered miracles and when two miracles are attributed to the Venerable they are up for canonization.

The first miracle attributed to Newman was the healing of a deacon with a debilitating spine condition.

Carrocci said the second miracle attributed to Newman involved a woman struggling with her pregnancy where either the mother or child would have been lost but was miraculously healed.

As of now Carrocci said she does not believe the university will change the name to Saint Newman.

“Hopefully by next year it will be Saint Newman when we have Cardinal Newman week,” Carrocci said.

Carrocci said, while the topic has yet to be discussed, the sainthood of Newman would not necessarily affect the name of Newman University.

Move over Vogue: Best-dressed professors give lessons in style