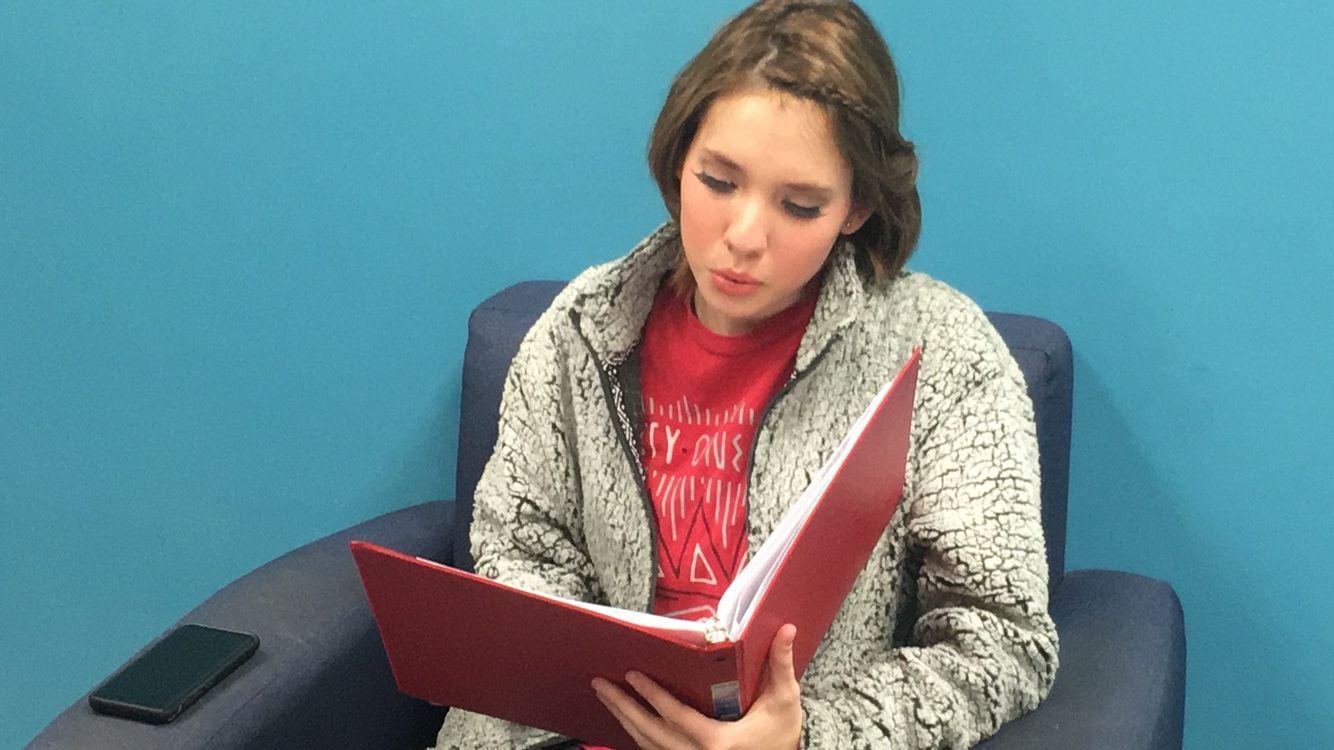 THE WINTER'S TALE: Actors shake up the theater with Shakespeare

Even though “The Lion, the Witch and the Wardrobe” does not open until tonight, the theater department is already preparing for its next show, “The Winter’s Tale.”

Auditions for “The Winter’s Tale” were held on Feb. 6, and 18 people were cast.  Cast members include Lucas Farney as King Leontes, Brenden Schwartz as Polixines, Roo Rusk as Herminone, Allison Williams as Perdita and many more.

In this Shakespearean play, King Leontes accuses his friend Polixines of having an affair with his wife, Herminone.  He lets his suspicions get the best of him and tries to make them pay for the wrong he feels has been done to him.

Although there have not been too many rehearsals for “The Winter’s Tale” yet, Farney is already starting to figure out how he wants to play his character.

“You have a foundation, like a basic idea of where you kind of want to go from, but it’s during rehearsal that you get deeper and deeper into that,” Farney said.

Williams said that she is starting to pick up on some of the conflicting personality traits that her character has.

“I definitely think she does have a combination of shyness and boldness,” Williams said.

She thinks Perdita wants to say certain things, but her position in life prevents her from doing so.

Farney said that at rehearsals they have been taking time to go through each line to really understand what is going on in the scene.  Shakespeare composed his plays over four centuries ago, so the language used is different than it is now; however, the play is not incomprehensible.

Williams, who has never read a Shakespearean play before the read through of “The Winter’s Tale,” feels like she understands what is going on in her scenes.  She admits that there were some lines she did not fully understand, but the play provided enough context clues to help her figure out what was going on.

She encourages everyone to come see the production despite this minor language gap and the stereotype that Shakespeare plays are boring.

“Just because it’s Shakespeare isn’t really a reason to not go to this one because it is really entertaining, and it’s still easy to understand,” Williams said.

Performances for “The Winter’s Tale” start on Thursday, April 4 and run through Sunday, April 7.  All the performances will be held in the Jabara Blackbox Theater.

PHOTO: EIGHTEEN ACTORS began to get into character for ‘The Winter’s Tale’ before Narnia even hit the stage. Rooslana Rusk, Staff Writer