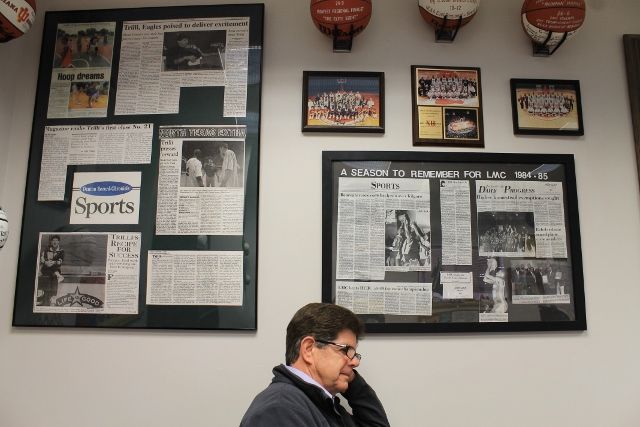 Interviews are underway to find who will be the next face of Newman University athletics, and the committee should have a job offer extended to and accepted by a new director of athletics to replace Vic Trilli within a month, said Jason Pool, director of human resources.

More than 85 people have applied for the job, Pool said. According to an e-mail sent to faculty and staff, one of them was in-house candidate Joanna Pryor, the current associate athletic director. On Tuesday, she participated in an on-campus interview where she met with faculty and staff and answered questions.

Trilli is retiring at the end of the year. He announced his intent to retire in August.

Candidate interviews are being overseen by a replacement committee, which consists of President Noreen Carrocci; Pool; two members from the Newman Board of Trustees and five members of the faculty and staff.

Though the new director will not officially take over until Trilli retires, Pool said, the new hire should be interacting on campus by June or July to make the transition smooth.

“I think his replacement should really be… someone who’s new and energized and has seen what a top tier D1 or D2 school has and push Newman towards something new,” he said. “I think they need to take more risks and remember they are here because of the athletes at Newman.”

Meyer said the new director should “care as much as he [Trilli] does for the athletes. He will go out of his way to support you in anyway possible and he always fights for the athletes here at Newman.”

Requirements to apply for the job included a bachelor’s degree and three years of administrative experience. Key responsibilities include representing the athletic department as a member of the President’s Cabinet; developing budgets for all 14 sports programs and overseeing each sport through their coaches and senior staff.

Pool said that filling the job “can happen at anytime, but he “would expect it to be soon.”