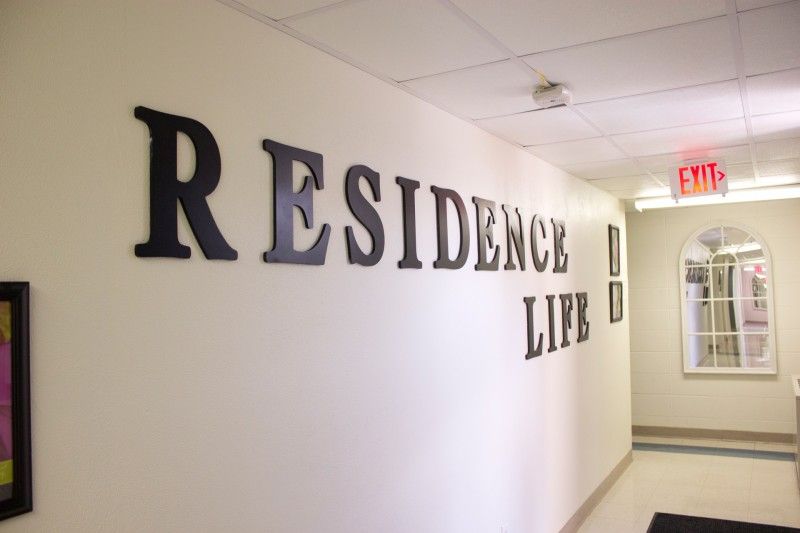 If living with people who share your interests appeals to you, the opportunity may be offered to you for the 2019-2020 school year.

Director of Residence Life Scott Mudloff said that Newman is hoping to offer five options for themed living communities in the residence halls next semester. These include honors students, biology pre-med majors, nursing majors, students with pets and a faith-based living community.

Mudloff said that typical rules for residence halls would apply to the communities.

The academic based groups would resemble traditional living/learning communities.

“It’s kind of people in the same field of study living together,” Mudloff said. “Any of them that want to live together, we will group them together.”

He said that these groups would meet with a faculty representative once a month to share a meal or for a program, which would enable the communities to have a connection to the classroom within their living areas.

Mudloff said that it has not been determined where the communities will be but that it will hopefully be figured out before housing re-applications are opened on April 22.

“We’ve thought about maybe Beata for the nursing or the pre-med biology group,” Mudloff said. “So it’s one of those things where we haven’t nailed it down but we’re starting to narrow the focus to where we want to put everyone.”

Mudloff said that the project has been a main focus of this semester. Its goal is to attract students to live on campus. The hope is to have five to 10 people interested in living in each community.

“They’ll see this and be like, ‘Wow, that’s something that sounds really fun. That might be worth spending a little extra to come live on campus,’” he said.

Mudloff said that the faith-themed floor would be for women who want to live more of a Catholic lifestyle.

Fr. John Fogliasso said that he was brought into the discussion about a month ago.

Fogliasso said that the hope is to have a room that is set up as a chapel on the faith-themed floor. The chapel would have a tabernacle with the Blessed Sacrament inside. The chapel would always be open and would have kneelers, chairs and books for students to utilize.

“I think there’s a growing number of students who are choosing to go to Newman University because it is a Catholic university,” Fogliasso said. “I believe that our cooperative relationship with the diocese and the St. Joseph House of Formation, [and] the renovations that have already begun in St. John’s Chapel are both great examples of Newman showing how much it values our Catholic identity. Because of that, we’re responding to students that are wanting to go to a Catholic university by trying to offer them a space where they can have that emphasized in a unique way.”

Fogliasso said that he does not believe that organizing the faith-based floor will be difficult but that the challenge might lie in working with interested students to set expectations for the space.

“For instance, is there an expectation that individuals in this community would have a holy hour once a week? Or they might want adoration offered in the chapel once a month. We don’t know exactly what it’s going to look like,”  Fogliasso said. “But it would be something of a space that they would support each other in their faith, they would pray for each other, and they, I hope and believe, would help them in discerning the vocation that God has intended for them.”

Fogliasso said that discussions about this will continue to take place this semester.

“I think this is an exciting, ambitious program that Newman is considering to meet the needs of students, and hopefully it will encourage more individuals to consider living on campus,” Fogliasso said.

Is a college education worth what we’re paying?