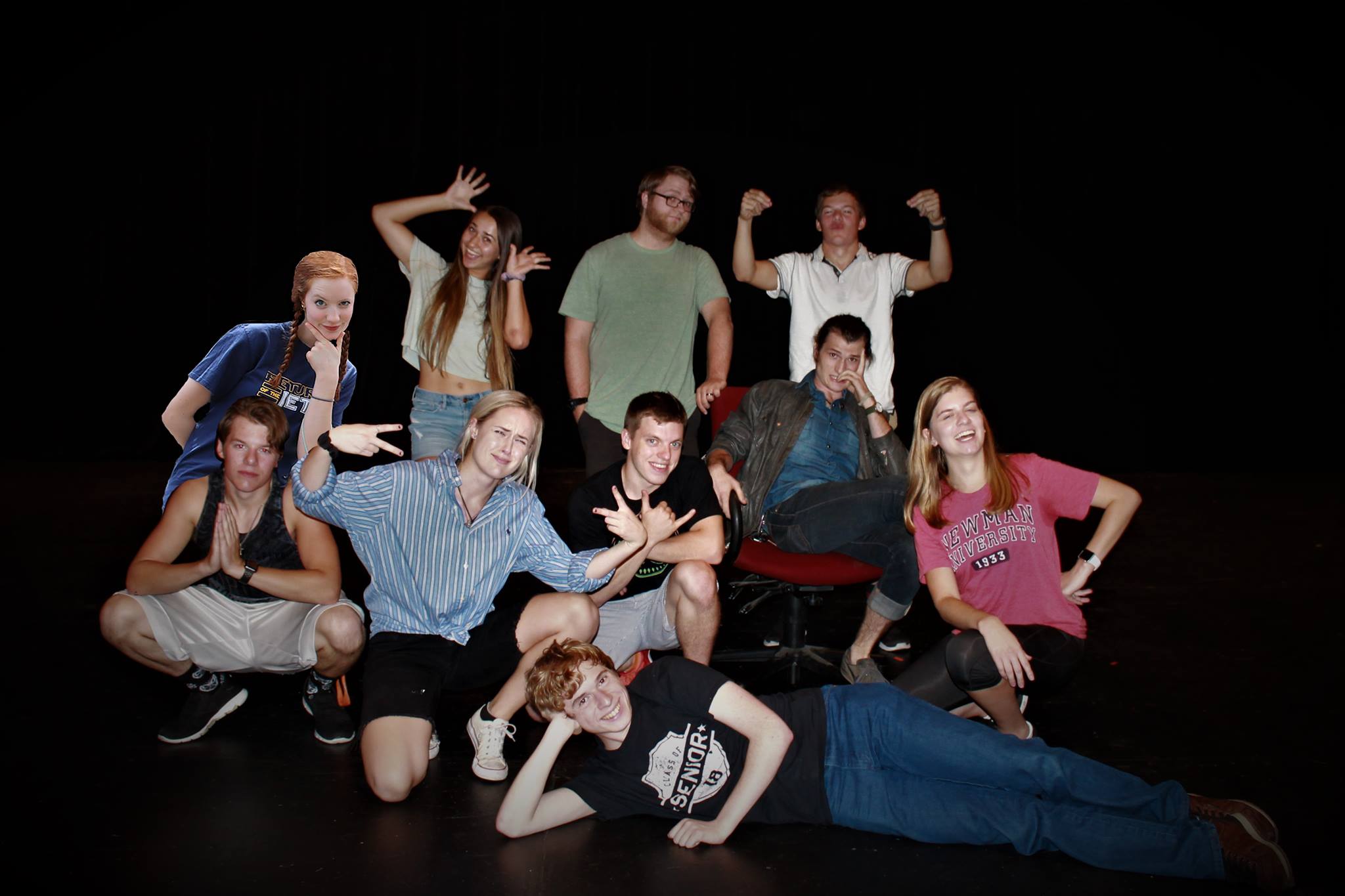 Ever gone to an improv show at Newman and thought, “These supposedly ‘Sloppy’ Joes are just a bit too clean?”

The Sloppy Joes, the university’s improv troupe, will be revisiting a more “uncensored” and “PG-13” version of its act with the second annual “Sloppies After Dark,” complete with some swearing, “raunchier audience suggestions” and mature themes.

The Sloppies say parents who typically bring their kiddos to shows are strongly cautioned otherwise for this one.

Troupe co-captain Amy Emerson said she is looking forward to the event because it will likely give the actors a different audience to work with than they are used to.

“I know that this kind of thing tends to bring in more people and more people will bring their off campus friends as well,” she said.

Senior Sloppy Joe Claire Setter said she’s excited for the event because she can be more relaxed, natural and unfiltered as she performs.

“I’m excited to maybe do some different characters because I’ve had to be reserved in the past in some capacity,” Setter said.

Schafer said he’s looking forward to “getting away with being able to curse a little more.”

This will not be the first time the Sloppy Joes will venture into some more risque territory, but Emerson said she hopes this year’s version will go more smoothly than last time.

“I think it was a little raunchier than we would’ve liked because we hadn’t really practiced in advance for the content that we were doing,” she said.

Schafer agreed, adding, “there were some very raunchy, rated-R suggestions.”

But Setter said the Sloppies are coming prepared this time with more longform skits as opposed to short games in order to better handle audience input and prevent anything from getting too inappropriate.

“That will hopefully decrease the chance of people trying to get us to just do the bad things all the time,” Setter said.

The Sloppies have been working hard at practicing to “get a lot of the inappropriateness out of our system, so we’re not so overwhelmingly inappropriate,” Emerson said.

“It was really funny and I think because we had that freedom and openness to do stuff that was  a little more raunchy, it made it more fun. It was really naturally funny,” she said.

The Sloppies After Dark show will be at 10 p.m. on Friday in the Jabara Black Box Theater.

PHOTO: THE SLOPPY JOES will be sharing their unfiltered, genuine personalities on March 29 in Jabara. Courtesy Photo, Sloppy Joes Improv

Two SGA tickets face off in this year’s election