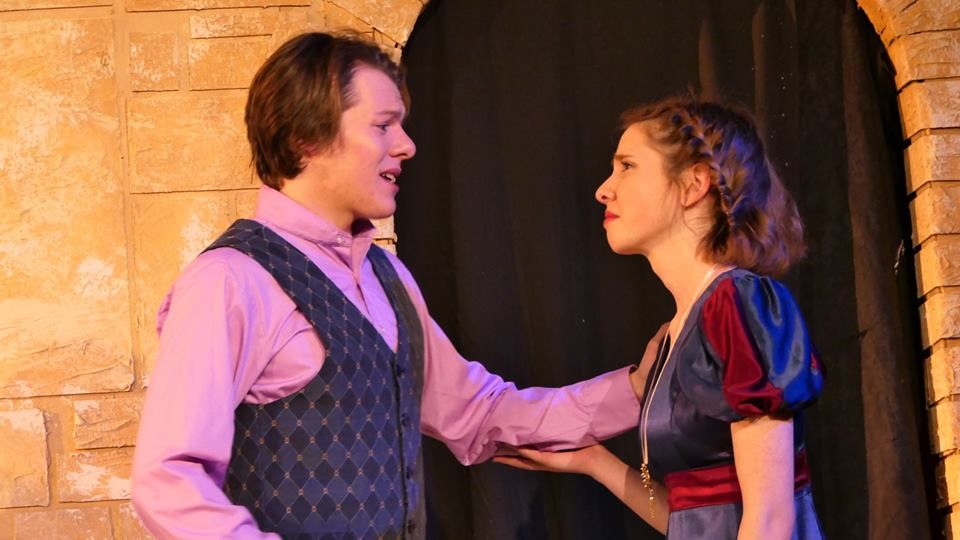 Newman’s production of “The Winter’s Tale” hits the stage tonight.

“The Winter’s Tale” is a Shakespearean play where Leontes, the king of Sicilia, becomes convinced that his wife, Hermione, and his best friend, Polixenes, are having an affair even though they are innocent.

Leontes slowly starts to lose his mind over this false accusation and wants both Polixenes and Hermione to be punished for their imaginary crime.

Rebekah Lipinski plays Paulina, the noble woman who speaks up against the king.

“In the beginning, she’s the only one who stands up to him and tells him that what he’s doing is wrong,” Lipinski said.

Paulina is a headstrong character who stands up to authority while others shrink away or are not smart enough to defend themselves.

Jack Schafer plays the Clown, a shepherd who easily gets swindled because of his lack of intelligence.

“He means well, but he’s not the smartest, not the sharpest tool in the box,” Schafer said.

Dr. Marguerite Regan, one of the board members, said that theater professor Mark Mannette gives the board members a list of five plays, and they each rank the plays according to which ones they think should be performed.  “The Winter’s Tale” was Regan’s top choice.

“I just love that story,” Regan said. “It’s really different from the early comedies... This one is about renewal and there’s this tragic sense of something that’s been lost along the way although everything gets restored.”

Putting on “The Winter’s Tale” has not been easy, says the cast.  Not only have the actors had to get the Shakespearean language down, but they have also had to adapt to a raked stage, which is a stage sloped upwards away from the audience.

“It’s a challenge for sure because it’s something I’ve never done before,” Lipinski said.

Lipinski said that plays used to be performed on these slated stages until audience seating was raked instead.  It’s something that is not common anymore.

Shakespeare plays are also very long and this one is no exception.  Due to the long run time and other factors, lines from the play had to be cut.  Schafer said Mannette had to cut around 600 lines from “The Winter’s Tale.”

The actors said they are looking forward to their performances.

“I just hope a lot of people come out,” Schafer said.  “I’m really excited.  We’ve put a ton of work into it.”

“The Winter’s Tale” opens tonight at 8 p.m. in Jabara Flexible Theater.  Other showings are Friday at 8 p.m., Saturday at 8 p.m. and Sunday at 2 p.m. Tickets are free for Newman students, $5 for faculty, staff and other students, $10 for military and seniors and $12 for general admission.