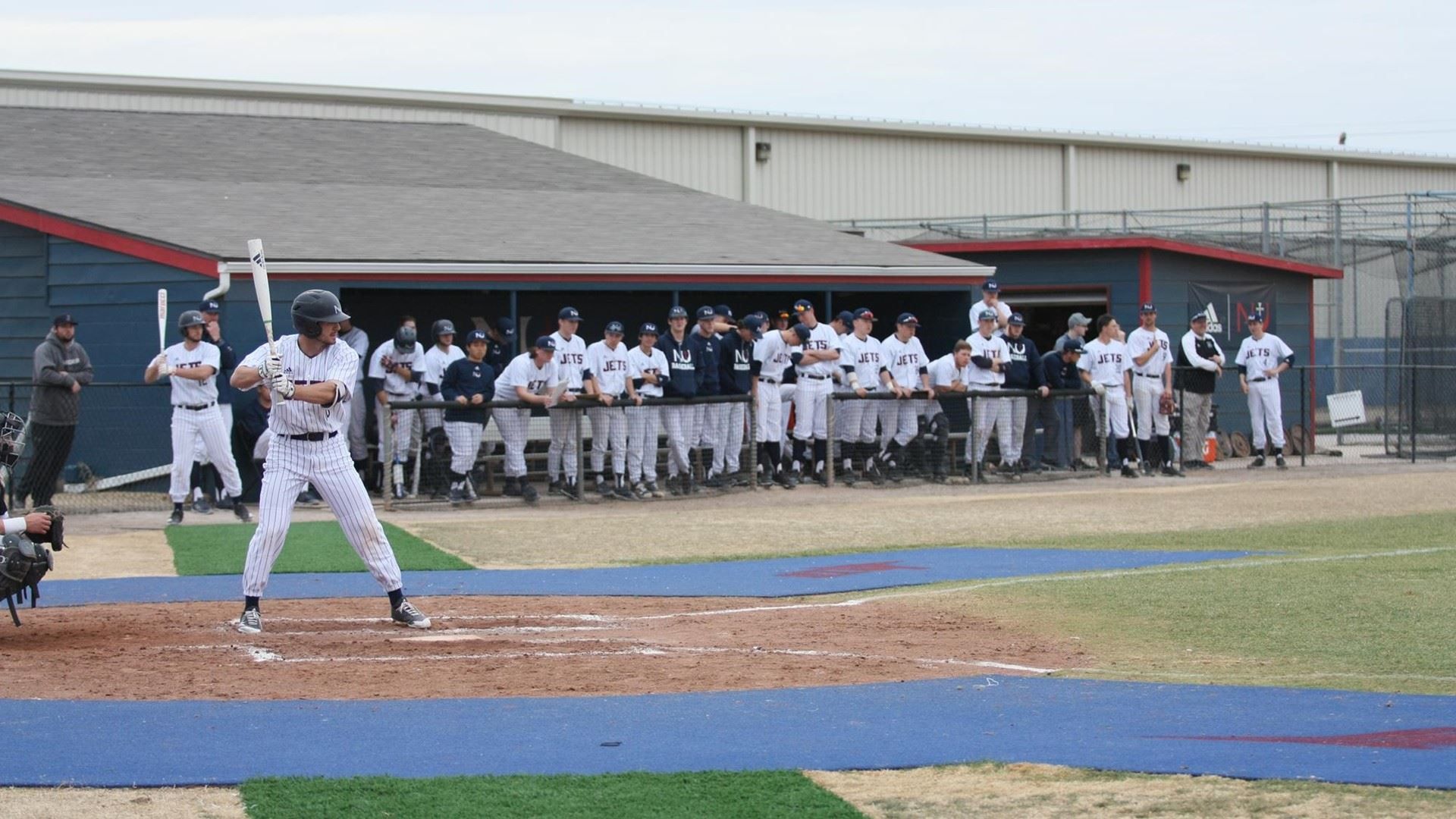 Baseball heads into its final month of rough season

With nearly a month left in its season, the Newman baseball team is dealing with some adversity.

Last weekend, the Jets traveled to Laredo to compete against Texas A&M International in a three-game series. The Jets lost the series 0-3, losing the first game 0-1 in extra innings, the second game 2-11, and the third and final game of the series 7-8.

Zane Ehling, head baseball coach, said the team played three pretty good games but just ended up on the wrong side of them.

The Jets season started out well but has hit a midseason rough patch due to tough losses and multiple injuries, Ehling said.

“We started off really good but we have had quite a few injuries and have just really struggled to cope with that,” he said.

As of now, Ehling said coaches and athletes are focusing on getting through this adversity and doing the best they can every time they play.

“That is all we can do right now. We can’t be looking ahead because that is going to get us in trouble. We just got to play one day at a time with the guys that we have healthy, do the best we can every day, and take pride in that,” he said.

Though these injuries have made it tough on the team, Ehling said it has given other athletes the opportunity to grow and improve.

“Some of our other guys are stepping up because when you have guys go down we have to have other guys step up. That is really what we are working on right now,” he said.

Going into the final month of the season, Ehling said the team wants to do its best and finish the season out strong.

Paul Rupnik, a senior outfielder, said that the team is not giving up and wants to get back on track.

“There is no quit. Our vibes are really good right now. We are ready to get rolling,” he said.

Despite the difficulties the team is currently facing, Rupnik said the team’s goal from the beginning of the season, to win a national championship, has not changed.

“Even with the tough position we are in, the goal hasn’t changed and we know that if we get back on track and start playing good ball and stay focused towards that goal, we are going to play our best. In the end, whether we achieve it or not is not as important as ‘Did we do everything we could to achieve it?’” Rupnik said.

The Jets start a three-game series against Oklahoma Christian at 2 p.m. Friday at home.

The DisadVantage: Keep Holding On