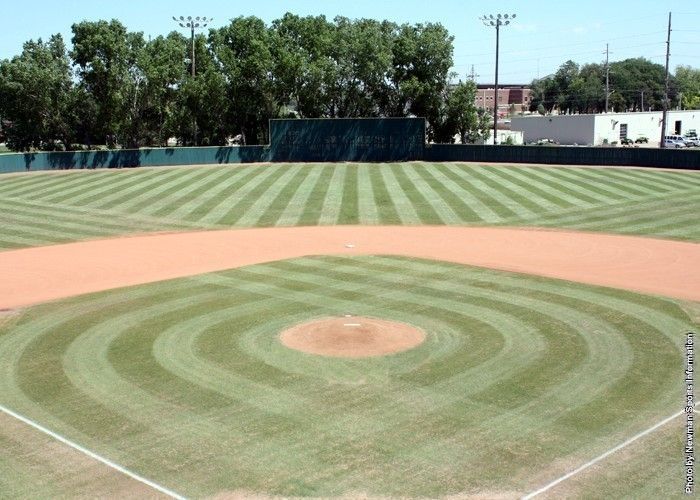 Both the baseball and softball teams have had small upgrades made to their facilities during the offseason in preparation for their upcoming spring seasons.

The baseball team received a small amount of recycled turf to add to its facility from Wichita State University, which is returfing its own field.

“They were going to get rid of their old turf, basically trash it, and you can recycle turf now so they gave us some scraps,” she said.

Because the amount of turf the team received is small, only a small section of the baseball facility, the batting cages and bullpen, can be turfed, Pryor said.

The softball team now has a more accessible area of its own close to the field, a new clubhouse, which head softball coach Andrea Gustafson said will be completely finished this month.

Pryor said that this new clubhouse is two different buildings with lockers and seating inside.

Pryor said that because there are no sewers out in the area of the baseball and softball fields, there are no bathrooms in the new clubhouse.

This new addition to the softball facility was 90 percent donated, Pryor said.

“We had a parent that donated a lot and went out and got donations for some of the materials and some of the labor and we are paying very minimal for everything,” Pryor said.

Pryor said that allowing this change so the softball team has a place to call its own was a no-brainer.

“With somebody donating all of that, it is hard to say no,” Pryor said.

Gustafson said that this new clubhouse is a positive for the program.

“We’re all very excited for the addition of these buildings as the players now have a place to change before and after games as well as a place to go in between games. I’m grateful for all the people who made this possible for the kids,” Gustafson said.

Being a cheer coach as a college student has been rewarding