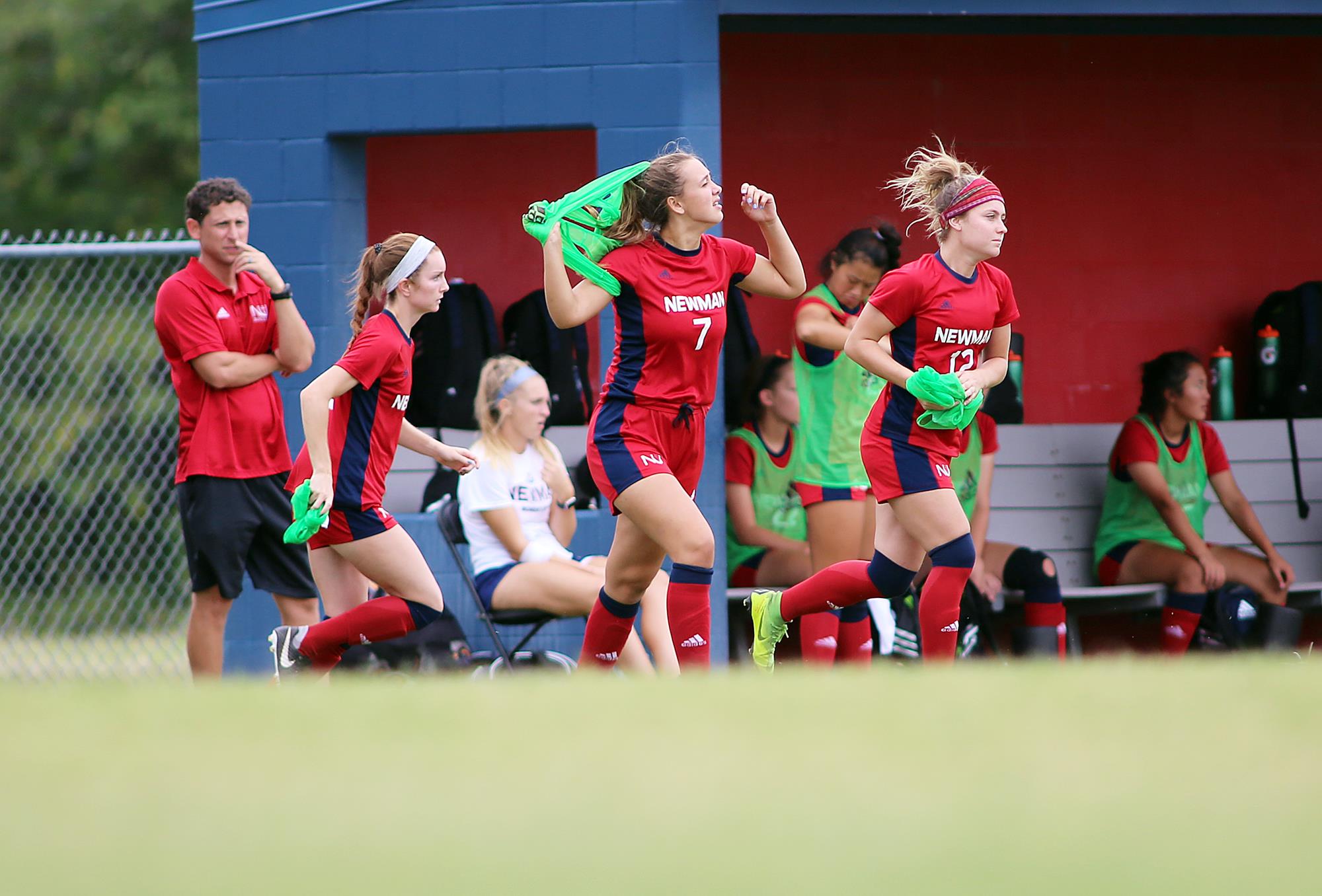 With a record of seven wins, five losses, and six ties this season, the women’s soccer team has become the first Newman team to qualify for Mid-America Intercollegiate Athletic Association’s (MIAA) postseason play since the school moved into the conference in 2019.

The women will draw a tough opponent in the first game of the tournament, facing off against Northeastern State at 6 p.m. Friday in Tahlequah, Oklahoma.

The Jets have fallen to the Riverhawks in each of their first two games this season, being outscored by a cumulative score of 5-2 in those games. One of which came just last Sunday in the Jets final regular season match.

“We have another chance to prove we can beat them. We just need to be confident in our abilities, have better composure and take advantage of the fact that they mark us one on one,” junior midfielder Makena Shroeder said.

Head Coach Aaron Avila said that this league is much different than the Jets’ previous league, the Heartland Conference.

“It has been a very taxing season, but our group has continued to work hard and our team chemistry has improved a lot,” Avila said.

Avila said the players know what is at stake in the MIAA tournament.

“It's a one game season for us at this point. If we win, we continue to play… Our focus is on the Friday game against NSU. It will be a tough matchup but we are looking forward to it,” Avila said.

The winner of the Friday matchup will move on to face the winner of Emporia State vs. Northwest Missouri State in the conference semifinals on Friday, Nov. 15.

Being a cheer coach as a college student has been rewarding