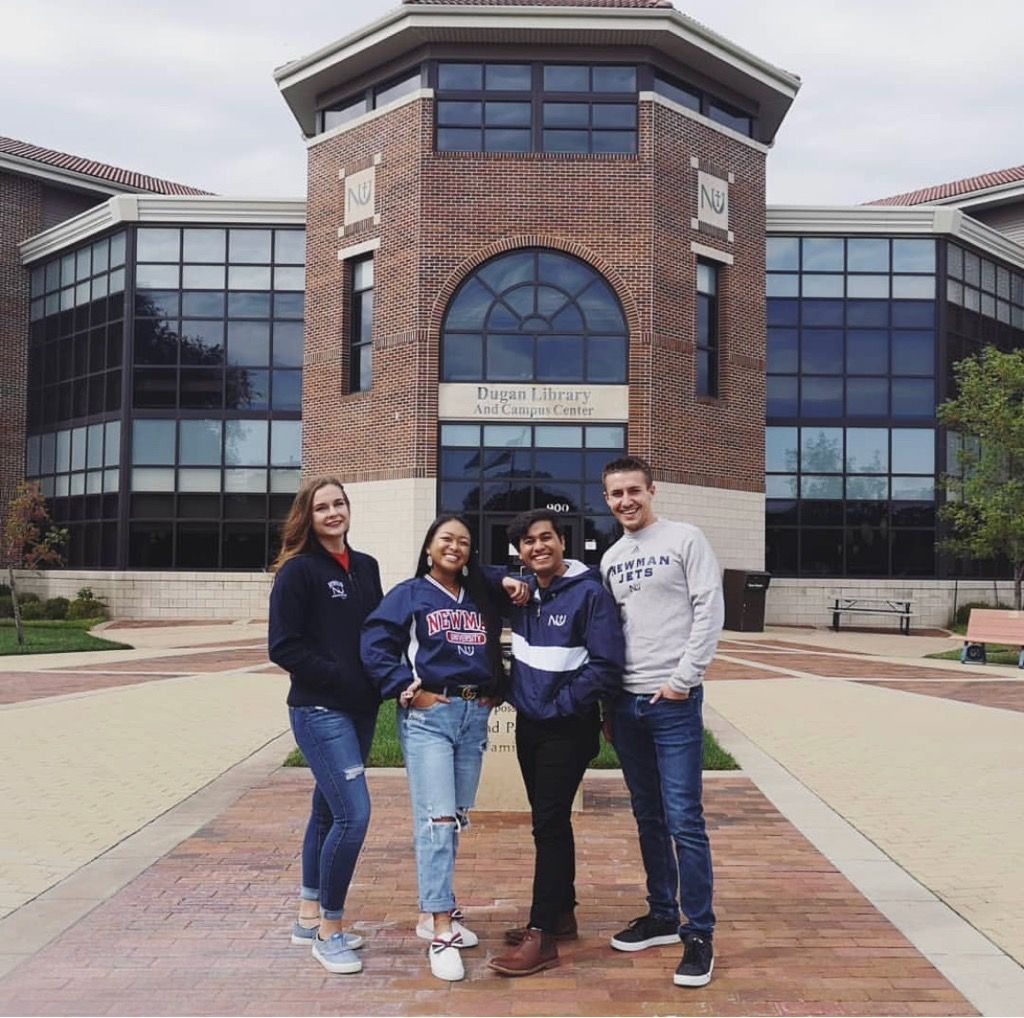 To better promote Newman gear and clothing, bookstore manager Larry Williams and senior Martina Viale have recruited four Newman students to model and serve as brand ambassadors for the NU Bookstore. Viale said the idea of brand ambassadors was discussed in the summer and is still brand new. It is in the trial run, but she said it could potentially increase revenue at the bookstore.

Viale said she wanted to have a diverse group of students as brand ambassadors.

“We wanted two boys and two girls. One athlete per gender as well as diverse backgrounds, majors, and stuff like that,” Viale said. The 2019 NU bookstore ambassadors are Kayla Garvert, Mac Foley, Jose Rojas-Montero, and Kimberly Pham.

Pham said she began serving as a brand ambassador for the NU bookstore in mid-September and has been doing it for about two months.

“It is a new thing this year, and I think it is great for advertising. It is to better promote the bookstore,” Pham said.

Pham also said that being part of the brand ambassador program has its benefits.

“What do I get out of this? I get 50 percent off of the item that I choose to promote. We also [get] a $10 gift certificate. If the product sells the most during the span of the promotion, we receive an extra $25 gift card,”  Pham said.

While the bookstore is still promoting its items around campus, Pham said most of the bookstore items are now being promoted on social media. Pham said that she and the other brand ambassadors mainly post on their personal Instagram and Twitter accounts.

“We see a lot of brands doing it and having advertisement of their product through someone that relates to the brand,” Viale said.

After posting on social media, Pham said, people have asked her for more details and information about some of the bookstore items. If Newman students come to the bookstore, purchase an item, and say one of the ambassadors’ names, then they will receive 20 percent off of that specific product.

“I hope that in the long run, it can bring a larger sum of revenue to the bookstore and promote it as well, making everyone more aware of what products are available,” Viale said.

Garvert is involved in everything at Newman