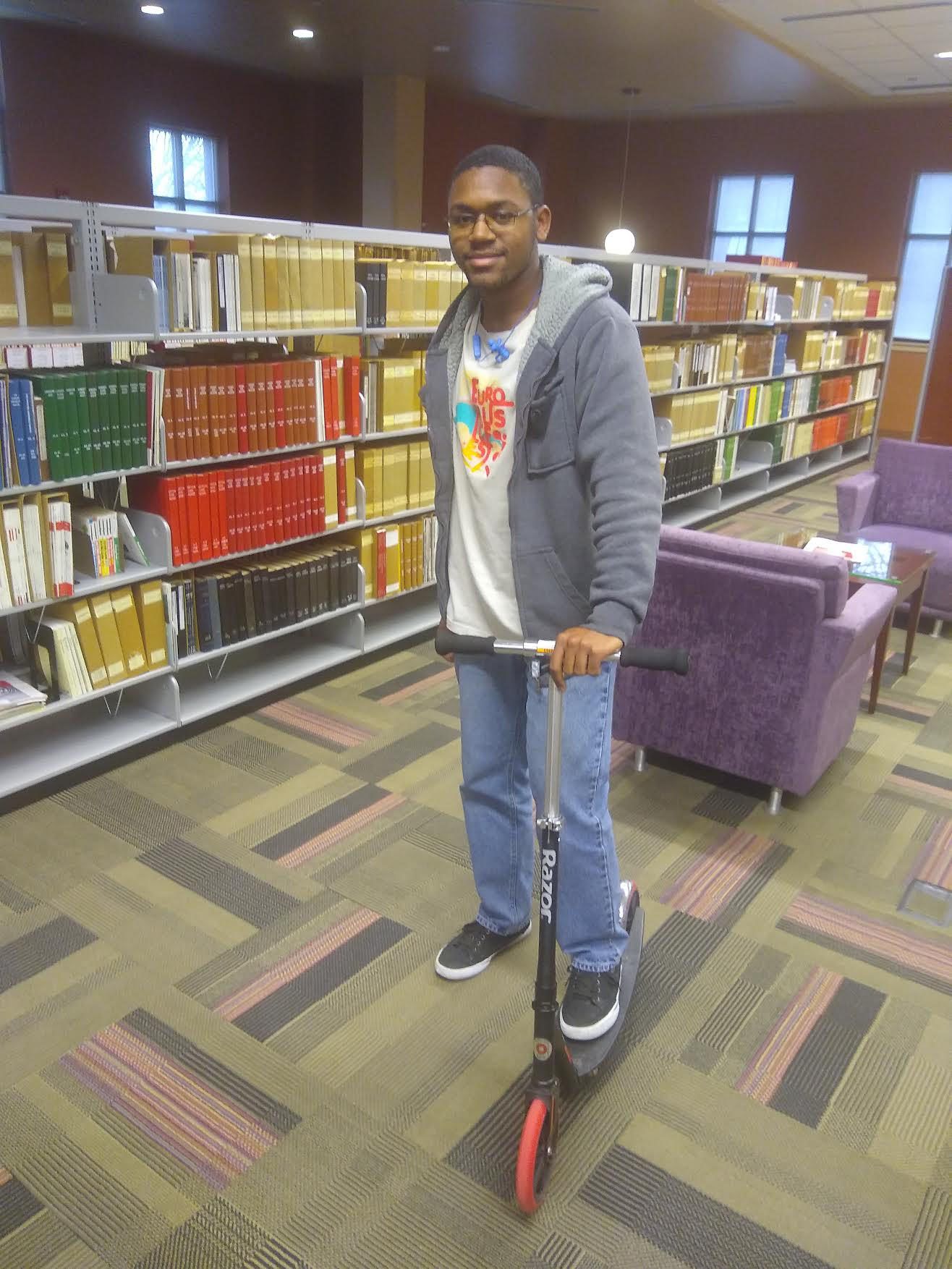 Not your average commuter, here's the "scoot"

You may have seen an odd sight around Newman’s small campus: Junior Yanni Martin dashing between classes on a scooter.

‘[Newman is] small, but it’s not as if it’s a three minute walk from here or there...It definitely saves a lot of time, especially when you’re in a hurry,” he said.

For Martin, it’s not just about the speed. He said it reduces stress on his back from walking with a heavy backpack, and it’s a lot of fun.

Safety at night is a concern for Martin.

“I have night classes, so I put a light on here and some reflectors. That way I can be seen at night and can see where I’m going,” Martin said.

Helmets, however, aren’t as important to Martin because it’s a commuter scooter rather than a trick scooter, he said.

He might have started riding earlier, he said, but he was nervous about how others would perceive him.

“I thought, ‘Oh, I’m on a scooter. What will people think of that?’ But I just think, ‘I know what I got this for, so what am I even being self-conscious for?’ So I just set that all aside, went for it, and ever since then, it’s been nothing but positive feedback,” Martin said.

While using a scooter for classes is new for Martin, scooters themselves aren’t new for him.

“Getting around has always been my thing, ever since I was young,” he said. “While I was growing up, bikes and scooters were my two primary [ways] of getting around. Skateboards were in there too, but not nearly as much. I didn’t really mess around with skateboards.”

Martin thinks everyone should give scooting a try, but wonders how that would change campus.

Laughing, he said, “If ten or fifteen people start showing up with scooters or longboards, Newman will start having to putting up traffic signs everywhere.”