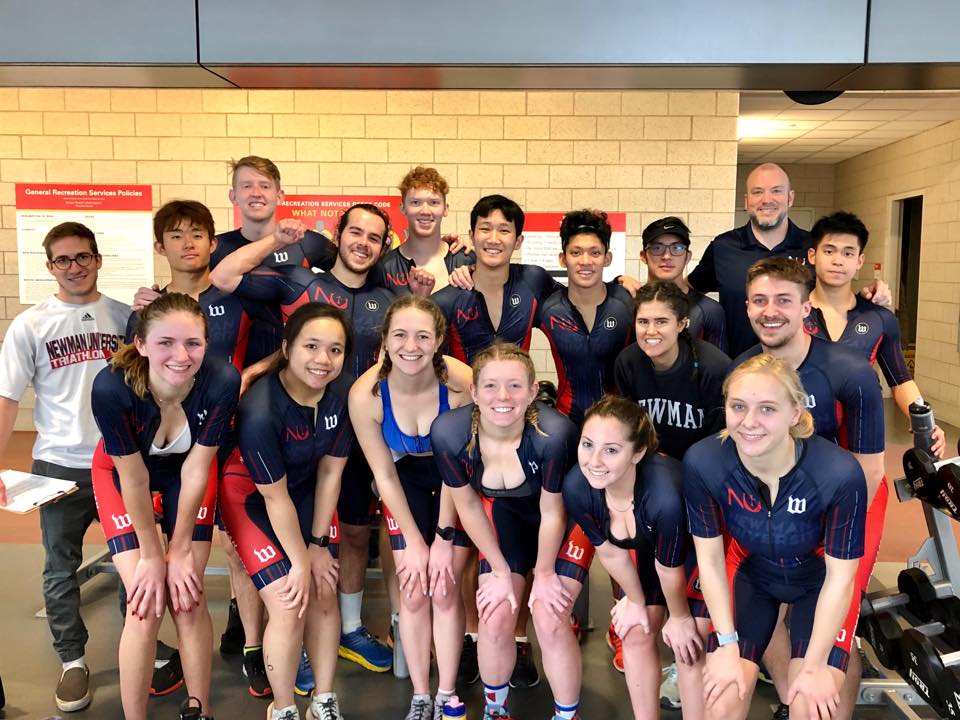 Triathletes set personal records at first meet of the semester

Spring semester is underway, and the triathlon team is off to a successful start with all the athletes setting personal records at their first triathlon of the new year.

Two weeks ago, the Jets traveled to Ames, Iowa, to compete at the InCydeman Triathlon, which is a 500-yard swim, an eight-mile bike ride and a two-mile run indoor race.

Coaches and athletes said they were happy with the performance.

Head Triathlon Coach Jeff Lovgren said that although the team had many new personal records set, he is always more concerned with the team’s work ethic.

“I don’t harp too much on times. I harp more on the effort that they put in, and everybody went out there and just went for broke as hard as they could go. That’s what I ask,” he said.

Sophomore triathlete Makayla Ehmke said she was proud of the team’s performance as well as her personal performance.

“Quite a few of us had a breakthrough at the race. There were some super amazing run times,” she said.

Ehmke said that, more than anything, she is grateful to get to do the sport she loves.

“Coach told us before the race not to worry and just to be grateful for what we are capable of and grateful that we were able to be there and to race. And for me, that was what kept going through my head for the whole race: That I am grateful to be able to do this because it’s something I love,” Ehmke said.

To prepare for the next triathlon and the rest of the season, Lovgren said, the team is focused on short course speed.

“These are very short races, and they do come down to seconds usually between competitors. It comes down to the fine details. So we are really working on that short course and the ability to sustain some speed,” he said.

Sophomore triathlete Andrew Nguyen said that he is focused on building endurance and mental strength in preparation for the team’s next triathlon.

“I feel very confident and excited for this next race because I am very excited to see how far I can push myself in my upcoming race,” Nguyen said.

Like Nguyen, Lovgren said that going into the next triathlon, he is feeling eager and confident.

“I am excited. Everybody blew me away. I love the energy and I love the intensity that they gave and I just see bigger and better things coming out of this one as well,” he said.

The Jets compete Sunday at the Triowa Triathlon in Iowa City.