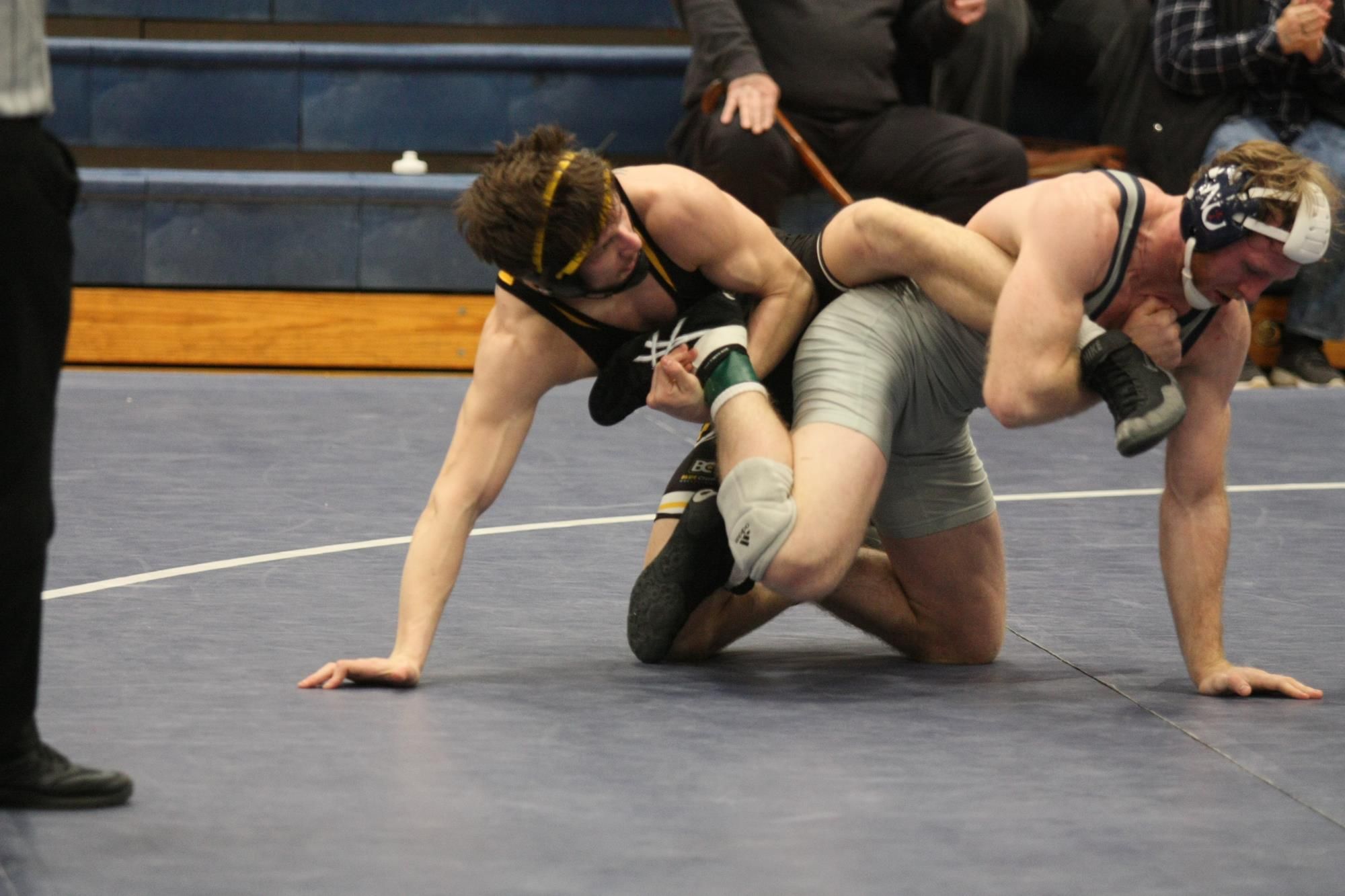 The wrestling team saw some success two weekends ago with a 3-1 team record to conclude the weekend, and the program is hoping to continue to build on that success.

On Jan. 25, the Jets traveled to Nebraska to compete in the Midwest Duals, where they went 2-1, and then competed again on Jan. 26 when they had another victory over Maryville.

Both coaches and athletes said they were pleased with the weekend’s outcome.

Head coach Ryan Smith said the team is right where it needs to be and that athletes are starting to find their places on the team.

“We had some guys that stepped up, and they got a win and got us in the position we were in because they did their job,” Smith said.

Senior Kevin Kissane said that he thought he and the rest of the team performed well but that there is always room for improvement.

“I thought that we were always on the attack, which is what you want in a match. As long as we keep that up, good things will happen,” Kissane said.

Though the team has seen success, Smith said that the work does not stop there.

“The expectation is to end up at the top by the end of the year. Are we there yet? No. But are we getting close? Absolutely. These guys are coming in and battling every day. They are coachable, they are disciplined in their day-to-day lives, they are doing the little things right and that is going to pay huge dividends by the time we enter into March,” Smith said.

Smith said that for the last two or three weeks, coaches and athletes have been throwing around the word “stingy” as a reminder of what it takes to be successful.

“You got to be stingy, you got to get tough, you got to make sure you are winning the little battles and finishing on top,” Smith said.

Like Smith, Kissane said that toughness, physical and mental, has and will be a major focus going into the rest of the season.

“This sport is long, and it wears on your body, and if you do not absolutely buy-in, then you have not been doing your job,” Kissane said.

Kissane said that the team is ready to take on the rest of the season.

“I look into every one of my teammates’ eyes, and I can see that they have been doing it right and that the fire is there. The only thing stopping us is nerves, but we have that under control,” Kissane said.

Smith said that the rest of the season will be a challenge for the team, but one his teammates can handle.

The Jets compete at 7 p.m. tonight in Kearney, Nebraska, and then again at 9 a.m. Saturday in Miami, Oklahoma.

Valentine's Day should be about friendship too