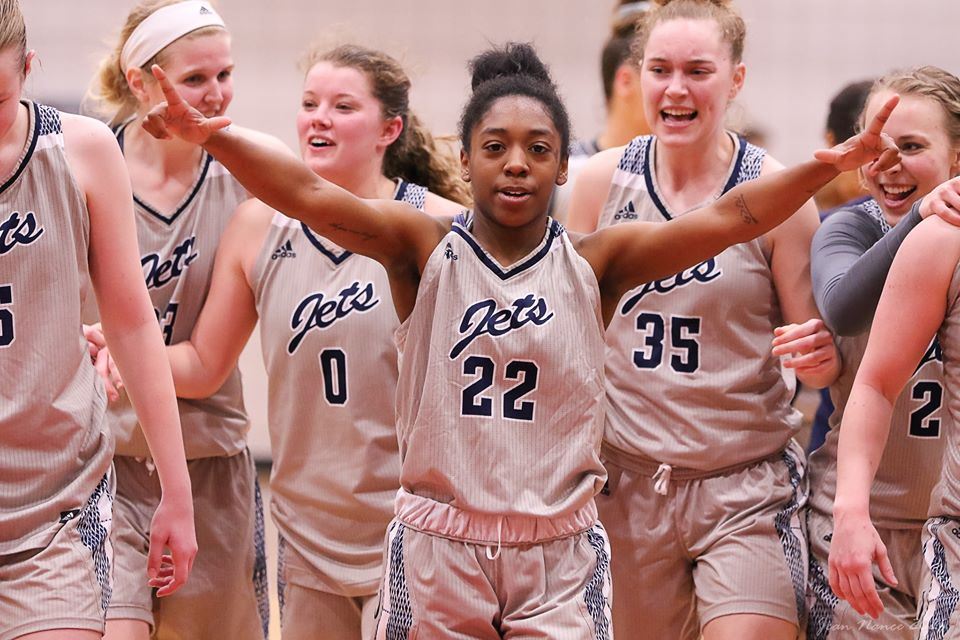 The men’s and women’s basketball teams finished their seasons on Saturday, Feb. 29. Both lost against Fort Hays State University, leaving the men’s team with a game record of 9-19 and the women’s team with a 11-17 record. Ultimately, both teams fell short of qualifying for the MIAA conference tournament in Kansas City.

Coach Darin Spence said FHSU has been a powerhouse team in women’s basketball for a long time.

“We competed tough for a long stretch of the game, but we just couldn’t sustain it. We didn’t make the plays in the second half to keep us within arm’s-length and they pulled away from us. They were just better,” Spence said.

While the women’s season didn’t finish as hoped, Spence said, the team came together in the end and played well overall.

“We were facing a new and difficult task entering the MIAA conference. We competed hard and beat a couple of the top teams in the conference...We were inconsistent and just didn’t find a good rhythm until late in the year when we had those big wins. Our group of 12 found a way to fight together and be on the same page to finish out the stretch run,” Spence said.

In preparing for next season, Spence said, the team looks to grow and improve its standing in the league to qualify for the conference tournament.

“It will take all of us here to help push us to a higher level in the MIAA. This isn’t easy, but I believe we can do it,” Spence said.

“I think the season was very challenging and it was a true grind. Much different than any other season. We battled some injuries and some departures from the team but I’m glad I went out in my final season with this group of guys,” Harvey said.

Harvey said that, even though the season didn’t go how they would’ve liked, there is still reason for the team to feel encouraged.

“We fell short of the ultimate goal of winning the MIAA title and reaching the NCAA tournament but we had some very good games and we fought the whole season and that’s all you can ask for with a depleted roster. In the grand scheme of it all, we graduate six guys this year and we keep the culture moving in a positive direction,” Harvey said.

Overall, Coach Spence said, both the men’s and women’s teams could use more support next year from Newman students and faculty.

“We also want to see our Newman community become more involved with our basketball program so we can start packing the gym on game nights and create an exciting home court atmosphere like we see when we are on the road,” Spence said.