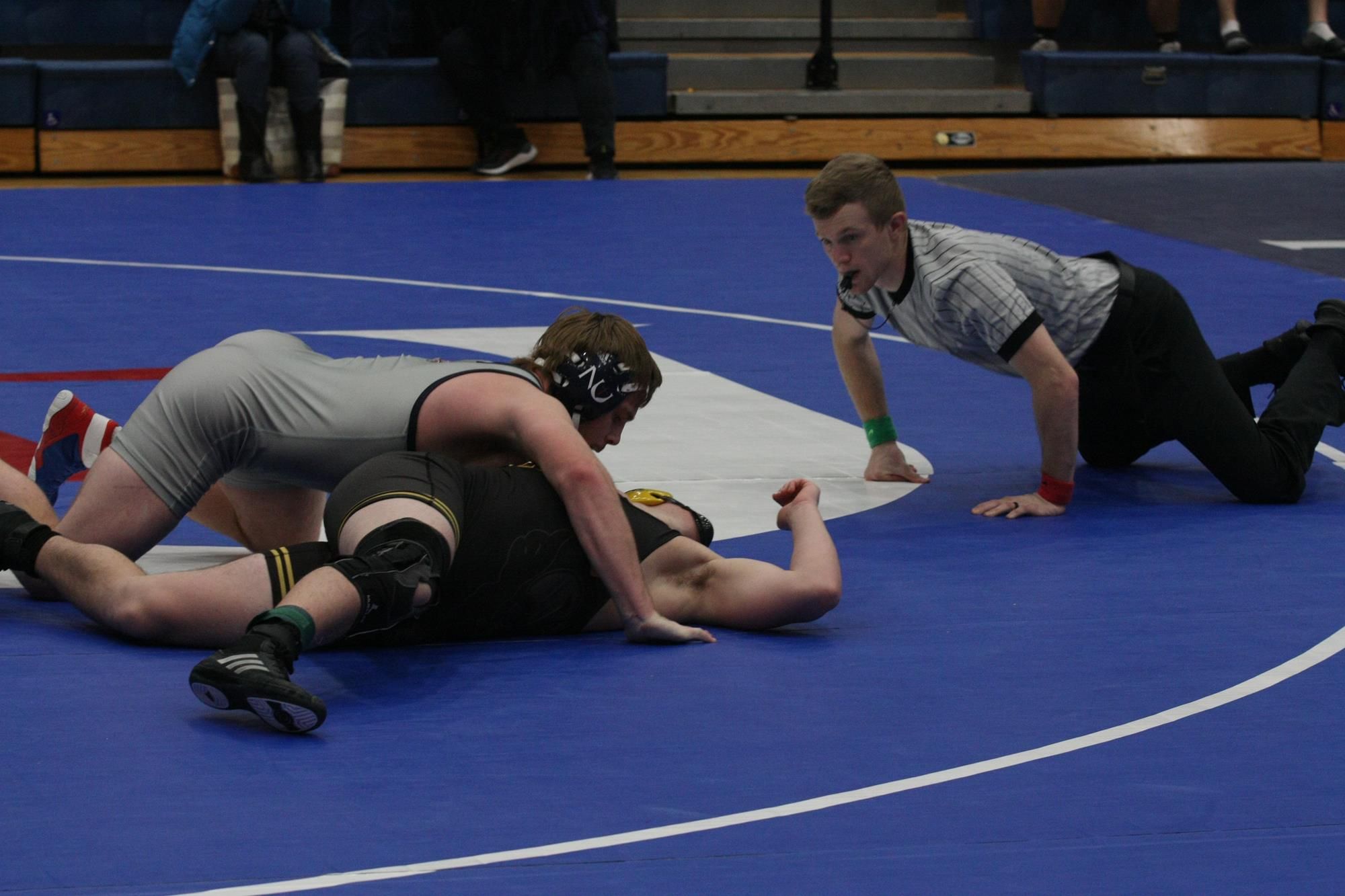 The Newman wrestling team, along with five individual athletes, has been recognized for its athletic and academic success and has earned National Wrestling Coaches Association Scholar All-America honors.

The team finished 10th out of 20 Scholar All-America teams with an average team GPA of 3.269.

Ryan Smith, the head wrestling coach, said that the team has earned a spot on the list at least the last three years, so earning a spot again this year is fantastic news.

“The last three or four years running, to put ourselves in that position, tells me the guys are doing what they need to be doing, not only on the mat but in the classroom as well,” he said.

But Smith said that he was a little disappointed that only five athletes earned individual honors.

“As a coach, knowing the importance of an education, you want the majority of your guys to be in there. We wrestle 10 guys and having five out of those 10 to be Scholar All-Americans is fantastic, but obviously we would like to see six, seven, eight guys out of that group of 10,” he said.

Redshirt-sophomore Kameron Frame, the only Jet to earn a spot on the 2020 All-America Team, said it can be tough juggling athletics and academics but he always tries his best to excel in both fields.

“My mom is a teacher, so academics have always been my number one priority,” he said.

Frame said he thinks his determination and work ethic has led to his success in both academics and athletics.

“I’m always looking to be the best at everything I do. It also has helped being a twin because we make everything a competition. So we constantly push each other to do better,” Frame said.

For Newman wrestling, Smith said, the athletics and the academics go hand in hand.

“What they are doing in the sport of wrestling, it helps what they are going to be forced upon, not only in their academics but really the rest of their life,” he said.

“Just letting these guys know, you have the privilege to wrestle because you are doing what you need to be doing in the classroom. You came to Newman for a reason, that was getting an education, you’re just blessed that you get the opportunity to wrestle,” Smith said.

Commencement update: Several decisions yet to be made