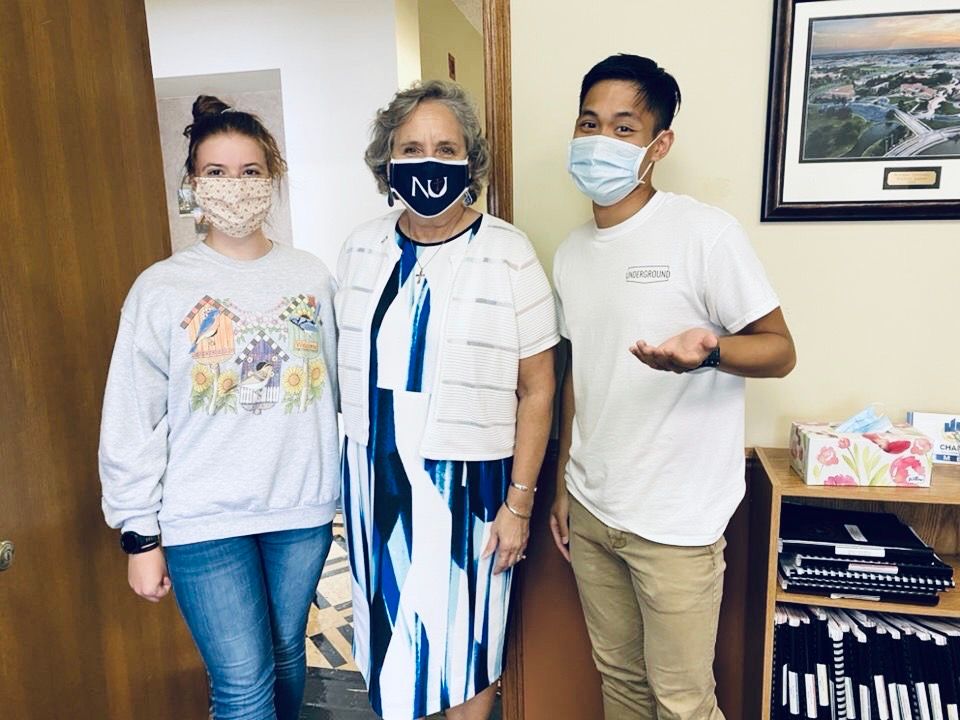 President Kathleen Jagger, who has been on the job for two months now, says that her mission is to make Newman the Catholic university of choice for Kansas.

“The Catholic identity of the institution matters to me,” Jagger said. “The vision of the sisters who started the school, I think, is another really important aspect of Newman…And they still want to…help us provide a quality education to people who might otherwise not be able to get that.”

In an email sent to the Newman community on June 17, Interim President Teresa Hall Bartels announced that Jagger had been elected president after the university’s nine-month search. Jagger assumed her role on July 1. Jagger succeeds Noreen Carrocci, who retired in December.

“We are a Catholic university…named for St. John Henry Newman...founded by the Adorers of the Blood of Christ...for the purpose of empowering graduates to transform society.”

“We want to transform minds and hearts and bodies and spirit all at once so that you can all go out and transform the world wherever you are…It's not like we just want to pour knowledge in your head…” she said. “We are educating everybody to be better stewards of the planet. We are educating everyone to have a stronger spiritual life, whatever that spiritual life is.”

Jagger said she loves that her office is just down the hall from St. John’s Chapel and that she loves having the opportunity to go to Mass when she’s on campus.

“I love being able to include faith as part of my discussion with employees and students,” she said.

Prior to coming to Newman, Jagger worked at Thomas More University, a small Catholic university in Covington, Kentucky, for the last five years. During that time, she served in three different roles, one of which was the role of acting president.

“That's where I first had the experience of being president,” she said.

Jagger said she has been working in higher education since 1979.

She spent a year at Harvard working on her master’s degree in global health, a degree which she said is useful in this time of pandemic.

“My other area of expertise is medical microbiology,” she said, “So...both areas of my background kind of prepared me for the pandemic work.”

Jagger said she has the background knowledge about viruses and how they spread and that it has been interesting to work with the teams at Newman who have been preparing to keep COVID-19 from spreading.

“That's been a really significant focus since I arrived. But a lot of the hard work was already done by the committees that were working on before I came,” she said.

Jagger said she has loved her time at Newman so far.

“The people I've met...they're so committed to our students. And so I think it's just going to be a wonderful place to be,” she said.