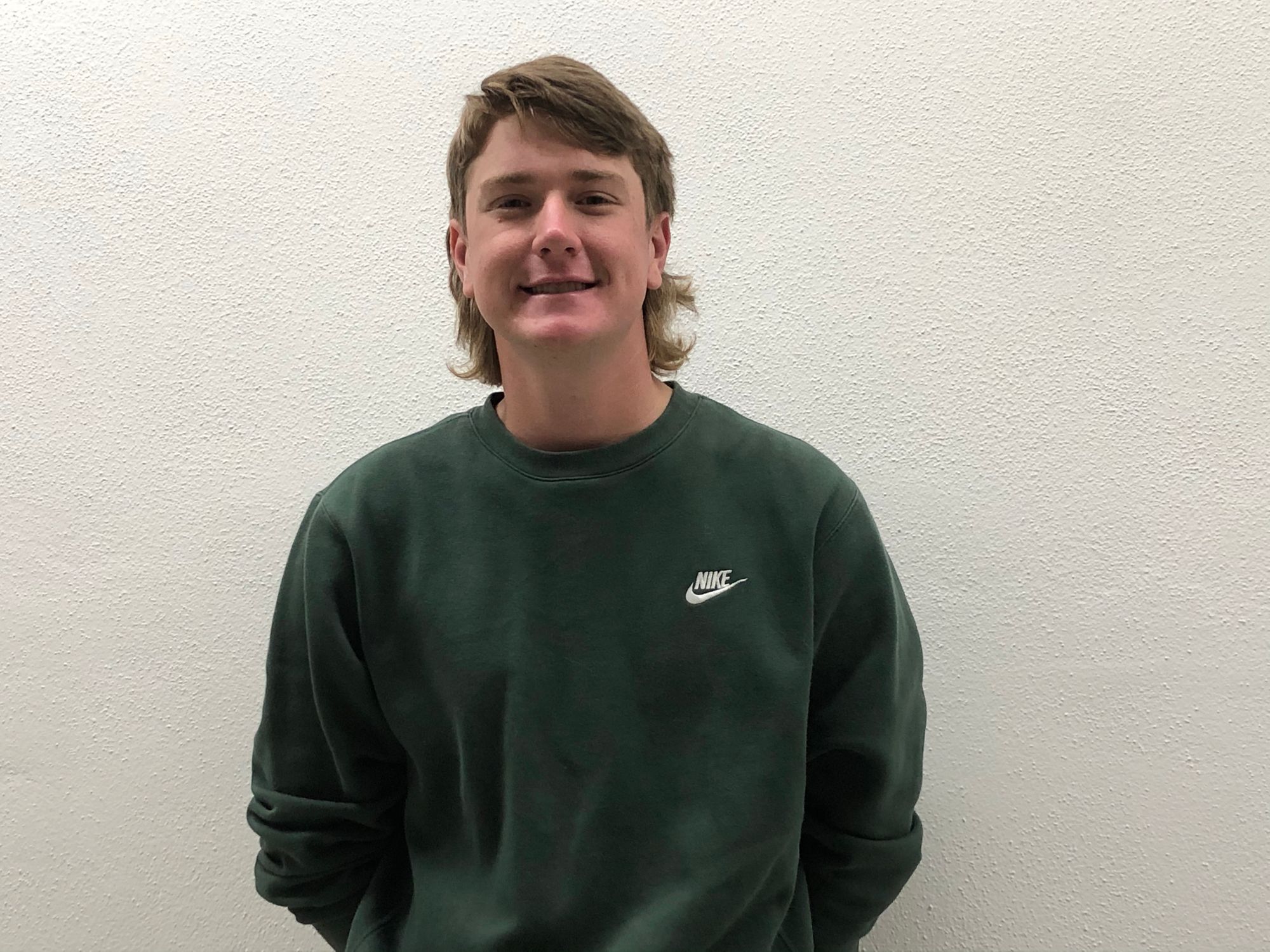 Business in the front, party in the back: a mullet comeback

A hair-raising new trend is starting to show itself on Newman’s campus.

That’s right: The mullet is back.

Mullets are a hairstyle that is shorter in the front and on the sides of the head and longer in the back. They were popular in the ’80s, but some Newman students, including athletes on the wrestling, golf and cross country teams, are sporting the look now.

Newman is not the only place with a mullet resurgence. They’ve been making a comeback across the country with people who are embracing ’80s culture, and their appeal has increased during COVID-19 since the mullet is an easy do-it-yourself haircut.

Freshman Austin Fullerton, a cross country runner, said he usually grows his hair out for five to six months before cutting it short again. However, he decided to try something different for college.

“So I was thinking about it for a while, but when I actually got it, it was kind of an impulse decision just because I was ready for something different,” he said.

PHOTO: Austin Fullerton went with something different and got a mullet before he started college.  Murphy Obershaw, A&E Editor

Fullerton also said he was partially inspired by Olympic runner Craig Engels, who’s known for his “business in the front, party in the back” hairstyle.

“I just gotta grow my mustache and then I’ll look just like him,” he said. “That’s what a few guys on my cross country team are saying.”

Fullerton said that getting a mullet for college means he is not afraid to be different.

“I feel like it represents me just kind of being bold and single and willing to take on the world by myself as a young adult,” he said.

Junior Ty Wilson, who’s on the golf team, is also helping bring the mullet back to Newman’s campus.

Wilson, who normally grows his hair out long, said he was tired of the front part of his hair getting in his face.

“I already had long hair, and I thought, ‘To hell with it. I might as well get one because I don’t have this opportunity a whole lot.’ And I think I made the right choice,” he said. “I really like it. I think it suits my character.”

Both of Wilson’s best friends have mullets, so that motivated him to get one, too.

“It’s my hair. It makes me feel like an American hero. I love it,” Wilson said.

Fullerton and Wilson have both been getting mixed reviews on their new hair style.

“Most guys are like, ‘That’s badass. I love that.’ But then some girls are like, ‘Why? Why would you do that? Why?’” Wilson said.

Though they have received some mixed reviews on their hairstyle, they both still like their hair the way it is.

“I wasn’t sure at first, but the first person I showed was my mom, and she loved it so much,” Fullerton said. “If my mom’s cool with it, that’s all I need.”