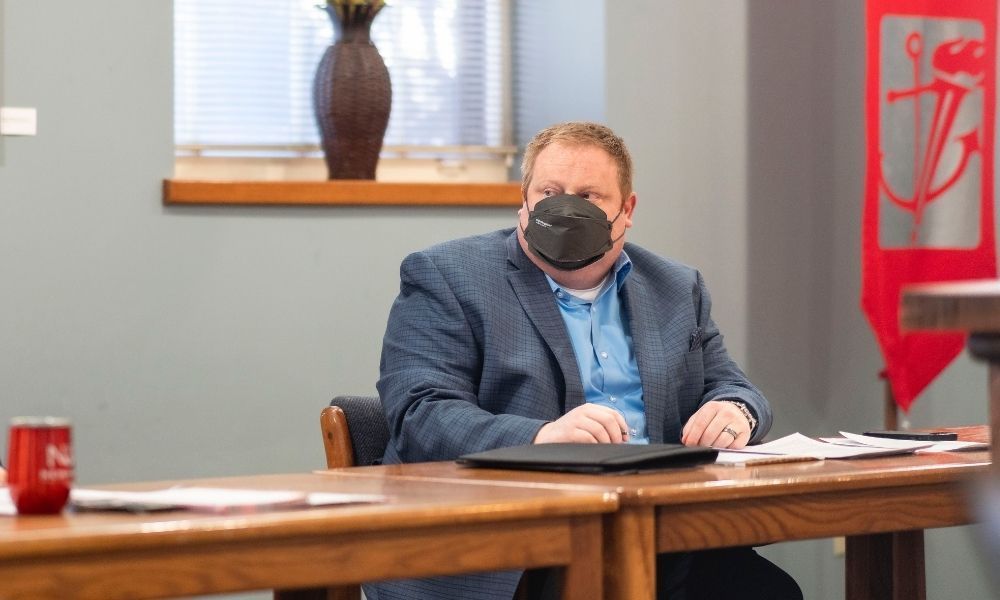 Stout previously served as the associate vice president of academic affairs after years of teaching modern philosophy at Morningside University in Sioux City, Iowa. He joined the Newman community in December of 2021.

Stout replaces Kimberly McDowall Long, who resigned last April after five years at Newman. He said that he hopes he can help staff and faculty transform students so that they in turn will transform society.

“Under the president’s leadership, we want to be more distinctive, and we strive to be the Catholic school of choice,” Stout said.

Stout says that his interactions with students have been great so far.

“I’ve been able to go to the Prayer Breakfast…. I have been able to meet with some of the student government representatives. It has always been positive,” Stout said.

Stout said he enjoys knowing more about students and thinks Newman students are very “passionate about what they want to do, and they get to grow here.”

Stout said he’s been adjusting to Newman’s campus and has even decided which building he likes best.

“I would say probably my favorite is the Sacred Heart building,” he said. “Even though it might be one of the older ones, it is where we have mass as well as where my office is. It’s got a lot of history. And I think when you see Sacred Heart, you get to see, in some sense, the resilience that Newman has had over the years.”

He also has been getting used to a new city and loves exploring the restaurant scene here.

“I am not a foodie, but I do enjoy a great meal, and there’s so much variety of great food here,” he said. “I have gone to a Korean restaurant and had rice in a stone bowl. I also have had some great Thai food, sushi, and some sandwiches. It has been great here.”

Quest for Flavors: I went on a hunt for Wichita's best boba