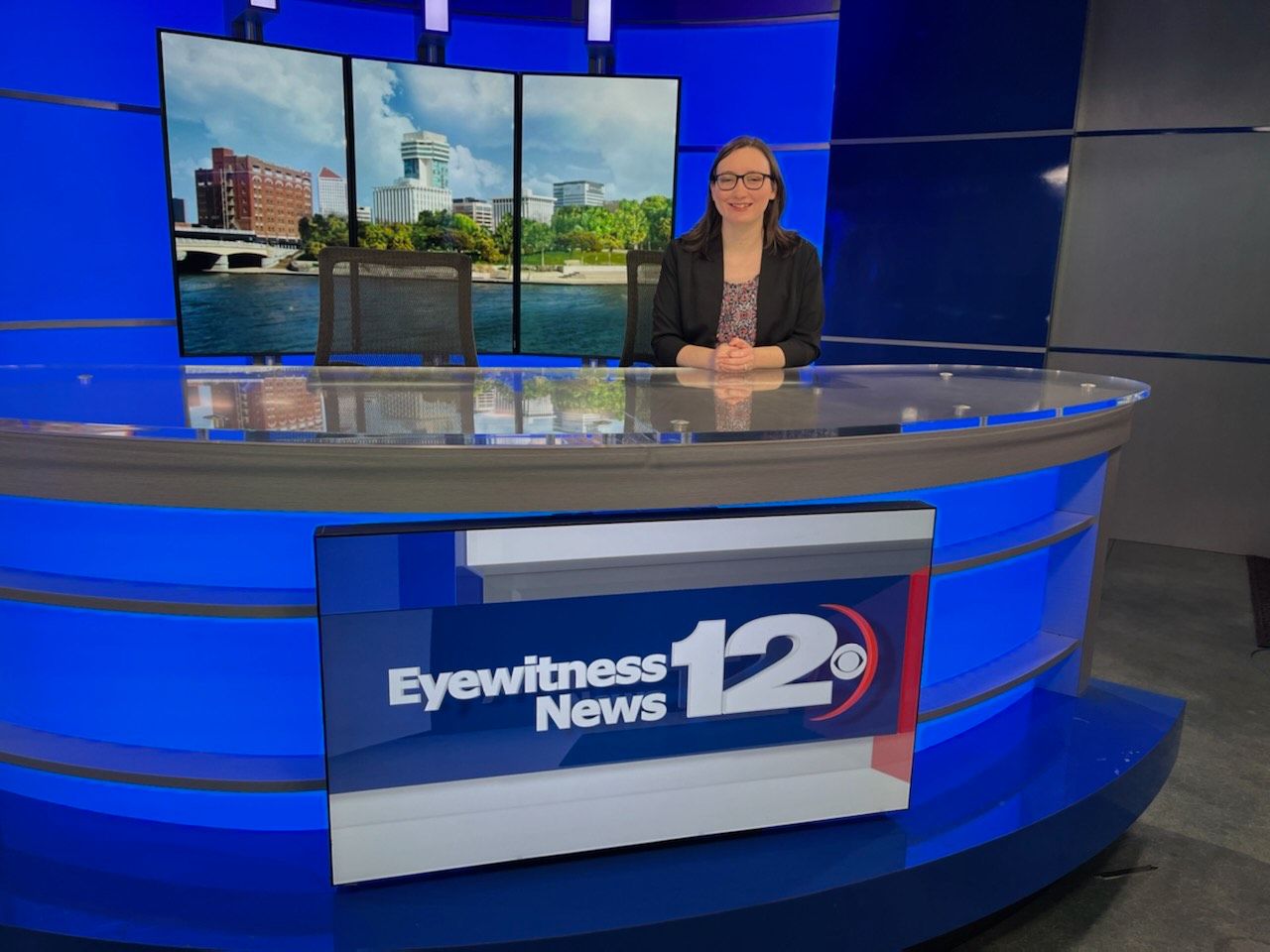 Newman journalists are having a moment, and you could too

But lately, there’s been a major output of journalists from the school’s modest program, and it’s pretty remarkable.

So The Vantage staff agreed to let me remark about it in print.

I’ve been working as an adjunct journalism professor at Newman for around 17 years, and I’ve been the adviser for the student newspaper The Vantage for 13 of those. My full-time job for the last 24 years has been as a reporter for The Wichita Eagle newspaper.

Newman has attracted many great writers over the years, several of whom I’ve been lucky enough to have in class. But because the school offers only a minor in the field, it’s not known for attracting aspiring newspaper and television station professionals.

Newman has produced journalists over the years, most notably when 2015 Newman graduate Matt Riedl took a job as a reporter at The Eagle a full semester before he was even finished at Newman. (After almost four years at the paper, he went on to work as a multimedia producer for the Catholic Diocese of Arlington,Virginia, and recently, he accepted another job as multimedia journalist for the Diocese of Lansing, Michigan.

Also, 2018 graduate Delaney Hiegert and 2020 graduate Courney Klaus both had internships at The Wichita Eagle. But they both went on to pursue careers in law.

I’ve never seen anything quite like this year, though.

You’ve probably heard that The Vantage’s editor-in-chief, Tejay Cleland, started a job as a full-time television reporter at KWCH Channel 12 Eyewitness News at the start of this semester. Tejay will graduate this spring, but at the moment, he’s balancing running The Vantage with producing packages for the city’s leading TV news outlet news five nights a week. The KWCH powers that be have told me how impressed they are with Tejay and with the skills he picked up at Newman, where he took all the journalism classes offered and also persuaded the athletics department to let him work as a video intern. They urgently asked if I had any more Tejays.

I did, as it turned out. Madeline Schnieders, who was the editor of The Vantage last year, is also graduating in May and was getting serious about deciding which direction to take her career. She’d leaned toward journalism over the years and has a natural talent for it. When KWCH heard she was on the job market, they snatched her up too, and now she’s in training at the station and will take on the role of producer as soon as she graduates.

And if this wasn’t impressive enough, a third Newman journalist has also dipped his toe into professional media work before his scheduled May graduation.

Brendan Schwartz, who was sucked into volunteering for The Vantage at the start of the fall semester, also showed a natural talent for the news and feature writing, and through Theatre Director Mark Manette, Brendan was introduced to Alice Manette, who not only is Mark’s wife but also is editor of the newspapers in both Hutchinson and Salina.

She recently signed Brendan up as a freelancer, and he’s already had a story published in both papers about the start of turkey hunting season. Alice Manette also recently asked me if I had any young reporters who might be interested in full-time jobs.

I share all of this not to brag, although I am extremely proud of these students, but to bring up a few points that Newman students with writing and editing skills might find relevant.

First, the job market for young journalists in Kansas is quite good at the moment, especially for young journalists with a little experience. This hasn’t been true over the past several decades, but media outlets are also suffering in a tight job market, and it’s a good time for a young person to land a first job in a middle-sized market.

Mostly, though, I want Newman students to realize that working for The Vantage is more than just a good time and a fun way to meet other curious, quirky and hilarious people, although it is definitely that. Having experience on your college newspaper is a resume booster, no matter what career you seek.

These days, working for your college newspaper can help you successfully launch your next chapter. Even the students I’ve had over the years who go on to law school or medical school say that the writing skills they picked up at The Vantage helped them excel in their graduate studies.

The Vantage is in need of people to keep its legacy alive next year. We have a few young talents who are ready to lead, but we need more.

If you have any interest or skill in writing or photography, please consider giving The Vantage a try. You can either enroll in Intro to Journalism and see how you like it or just come volunteer to write for the paper, no strings attached.

I guarantee you’ll like it, and even if you decide you don’t, at least your chances of becoming friends with a professional TV reporter will increase exponentially.

Have questions about The Vantage? Email me at adxneild@newmanu.edu or get in touch with Professor of Communication Audrey Hane.

The Ty-Rade: Your perfect guide for an epic spring break

Free the chins: Newman's mask mandate is over