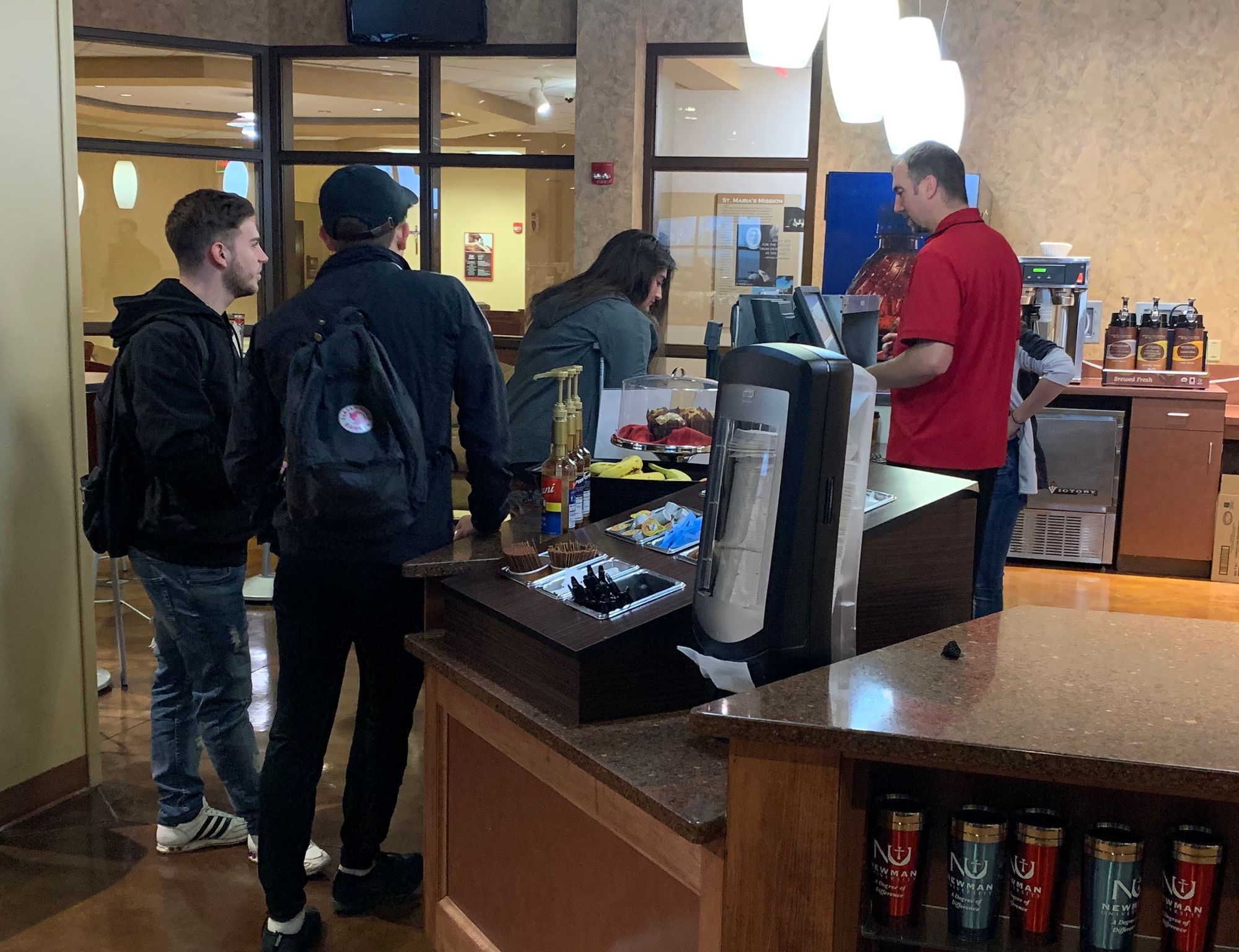 Newman’s Student Government Association is hoping to make a change that could make students’ card-carrying responsibilities easier. It is currently working with Great Western Dining as well as with Newman President Kathleen Jagger on a new student ID that could be used like a credit card on campus.

SGA Senator Ian Lecki said the idea for a multi-use student ID came from students’ complaints about having to carry their student IDs, dorm key fobs and keys to their dorm room.

“Basically, what has been happening is students are upset with having to carry multiple cards to get into the dorms [and the dining hall,]” he said.

Great Western Dining is trying to partner with a bank where students could deposit money into their student ID accounts, Director of Food Services Chris Heck said.

Heck said that other campuses that Great Western Dining serves utilize debit card features on their student IDs and that he feels Newman should as well.

“I do know that some of our campuses have this, so I know there’s a need for it, and it’s a thing, and it’s out there,” Heck said. “So I think the campus really needs to get with the technological times.”

Lecki said that one of his biggest hopes for the potential new cards is the possibility of bringing business back to the old Newman Grind space in Dugan Library.

“If you have this debit card, it makes things easier,” he said. “You can open The Grind but students will actually have to hand over their hard cash or their personal debit card. Then that psychological, losing money feeling is there, and they won’t want to do it. But when it’s just a Newman debit… they may be more prone to spend.”

Heck said that he is also on board with the new student IDs but with one stipulation.

“All I know is that on [the dining center’s] end with the card, I would need a picture ID,” Heck said. “Anybody could just pass their cards off, and that’s not really how [our meal plan] system  works.”

Heck said he feels the major hold up in the new student IDs will be the cost of the switch.

“I think the biggest problem when you talk about a major change is usually it costs a little bit of money,” he said. “But if SGA could fund that change then I don’t know why they wouldn’t let it happen.”

Newman is currently looking into what the cost of this project would be and estimating how many students would utilize the cards, Lecki said.

My royal review of season two of 'Bridgerton'

MCLO Extravaganza is this weekend: Here's what to know