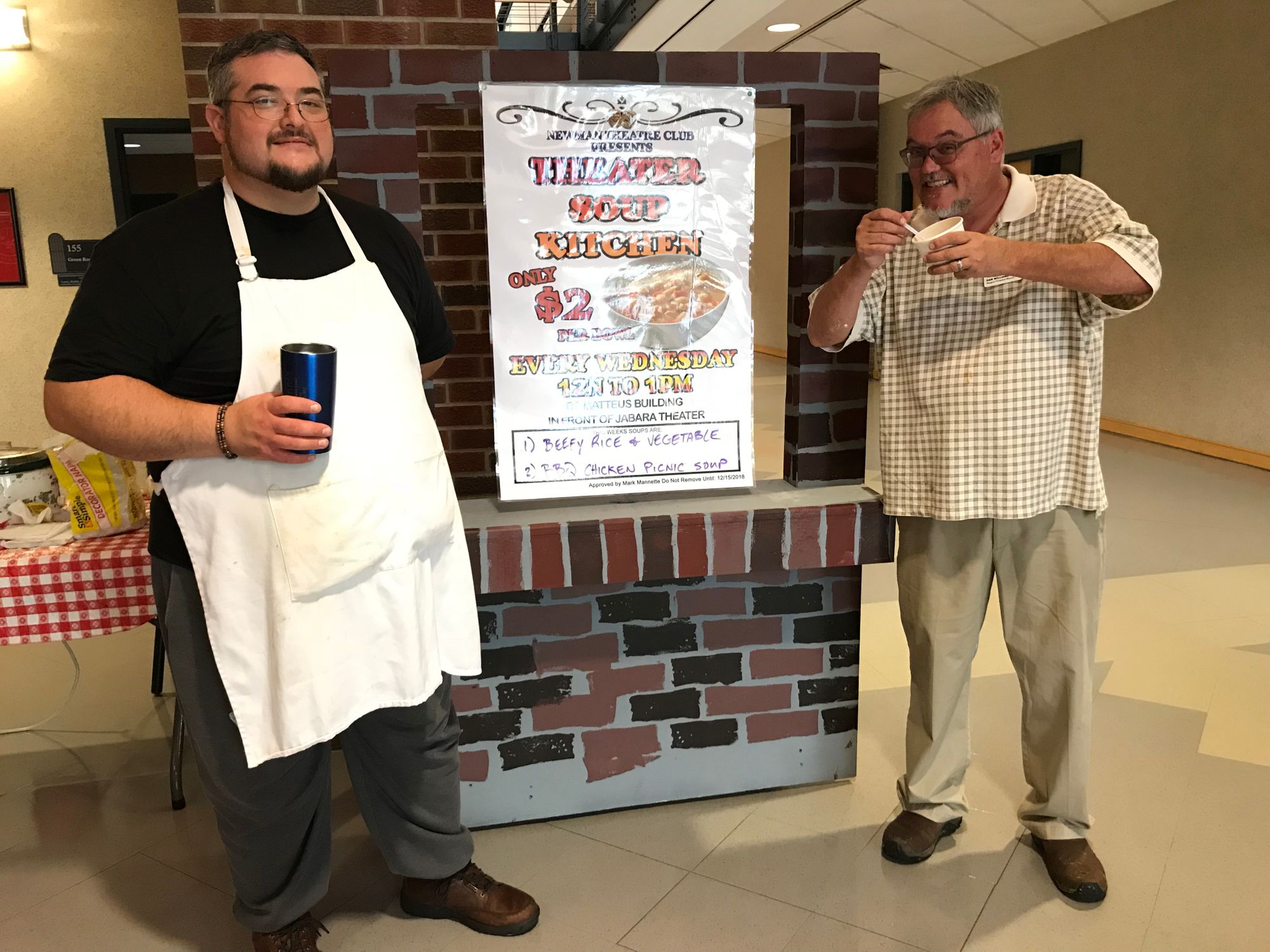 New tech director serving up soup for a cause

Tired of skipping lunch break?  Want more options than the Caf has to offer?  Like buying things for a good cause?  Now students have a second on-campus lunch option thanks to the new technical director Dan Williams.

Williams, along with a few theater students, has started selling cups of soup for $2 every Wednesday from 11:30 a.m. to 1 p.m.  The good cause he is hoping to raise money for is to take some students to the United States Institute for Theater Technology Conference held in Kentucky in March. At this conference, students will have the opportunity to learn from professionals in theater technology as well as learn about new equipment from the field.

Sophomore Keean Bush is a theater major who is expecting to go on the trip.

“I hope to learn more about the industry and the different parts that make up the whole,” Bush said. “I enjoy working in the shop and going would really be a decisive tool in my future in this field.”

Bush said he savors helping students during the soup days.

“I really enjoy being able to provide a lunch for students in DeMattias who don’t have time or can’t run to the cafeteria between classes.”

“I really enjoy cooking.  I didn’t want to starve to death, my wife didn’t cook and so I learned how to cook.  I do all the cooking at home,” he said.  “This is something my wife did at another institution where she was teaching at to get funds to go to the same conference that we’re going to.”

Soup days will feature two different types of soup every week.  Williams and students are expecting to debut a taco soup and student recipes in the near future.  Bush is expecting to share a recipe for baked potato soup as well as lasagna soup that are “both really amazing.”

Williams is open to suggestions and requests from everyone.  You can pick up some soup next Wednesday in front of the Jabara Black Box Theater along with chips and a pop.

PHOTO: DAN WILLIAMS (right) is enjoying some of the $2 homemade soup he is selling with theater major James Leggett (left) to raise money to take tech students to an educational conference. Tyler Pollard, Staff Photographer