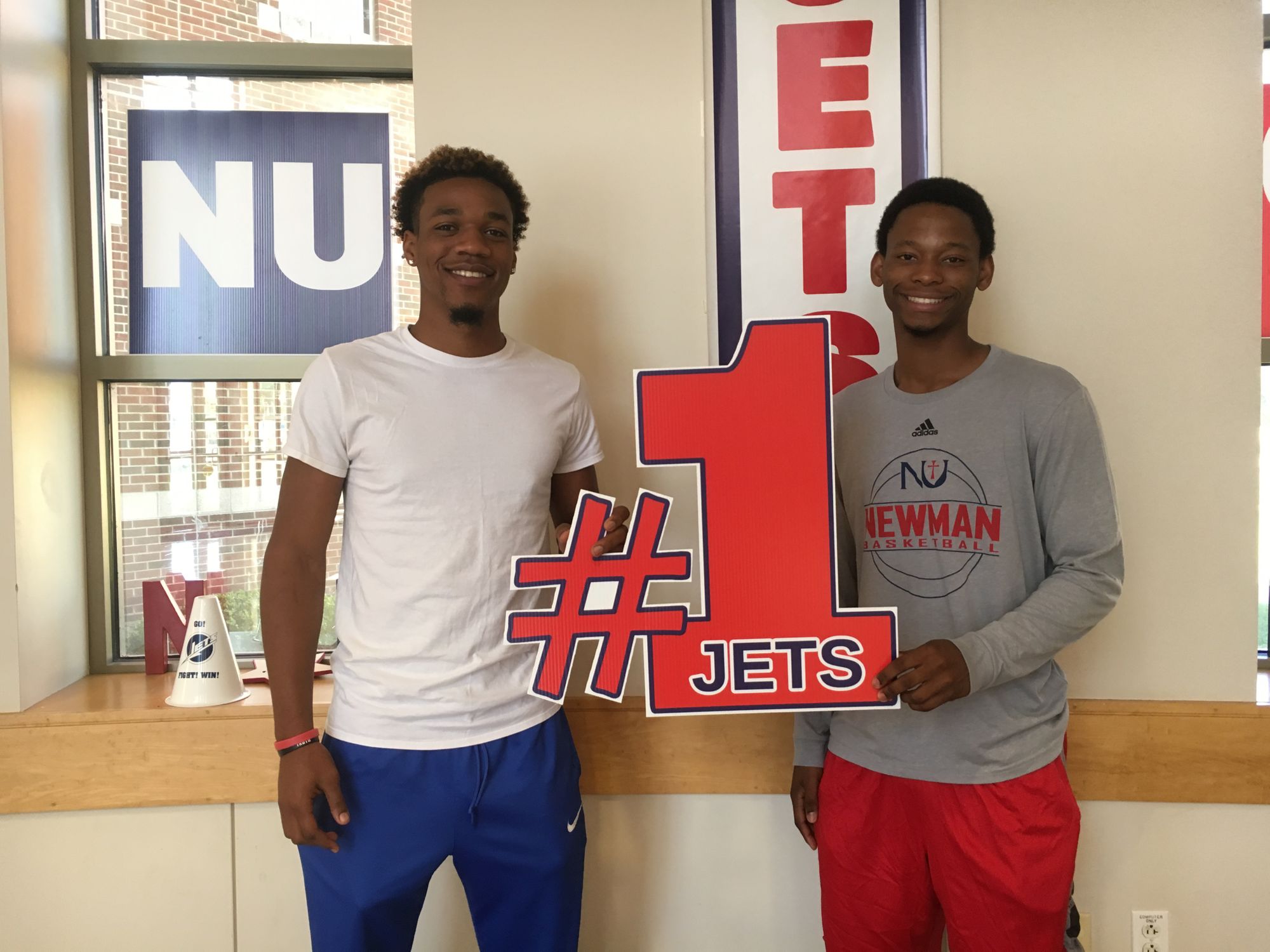 Practices for Newman’s Men’s Basketball team have started with eight new recruits on the court.

Five transfer students and three freshman will join their 11 teammates for the 2018- 2019 season.

Junior transfer George Brocato from St. Cloud, Florida said he has been interested in basketball since a young age.

“I have been playing basketball pretty much since I’ve been able to walk. As soon as I could stand, my dad handed me a basketball,” he said.

Junior Julius Šakinis from Lithuania, who led Lourdes Central Catholic High School’s team to their first ever D-1 championship, agreed and said he came to Newman for both athletic and faith-based reasons.

“I chose Newman because I knew that the coaches would put me in the position where I can be most successful. I was sold on the small family-type community and the Catholic atmosphere to be able to grow in my faith.”

Junior Marshawn Blackmon from St. Peters, Missouri said he brings a lot to the table.

“I see myself fitting in well because I’m a good teammate, and I have a lot of experience with different playing styles,” he said.

Junior Juwan Davenport from Charlotte, North Carolina said that the lessons he’s learning from basketball translate off the court too.

“Basketball plays into my life. It’s everything— the competitiveness, the commitment that it takes, the hard work— it ties into what you want to do in life as well,” he said.

Freshman Martin Šiler who recently played in a few games for the Czech Republic national basketball team said that this season he wants to push for personal and team- wide success.

“My personal goal is to get into stable rotation; I want to play in every game. Our team goal is win the conference and make it to the NCAA tournament.”

Along with Brocato, Šakinis, Blackmon, Davenport and Šiler, other new recruits junior Henry Beard and freshmen Xavier Elam and Jocoa Kerschean will take the court in November.

Šakinis said he strives to work more than just on the court.

“I just want to show people that basketball players don’t only care about basketball. There is a lot more to us.”

Davenport said he is focused on thoroughly enjoying his Newman experience and on finding success from there.

“I want to make the most out of everything I do here. Whether it is on the court or in the classroom, I want to excel, and I feel like the rest will answer itself.”

PHOTO: NEARLY HALF of the men's basketball team is made up of new members for the 2018- 2019 season. Emily Larkin, Managing and Online Editor

A marvelous move for female heroes