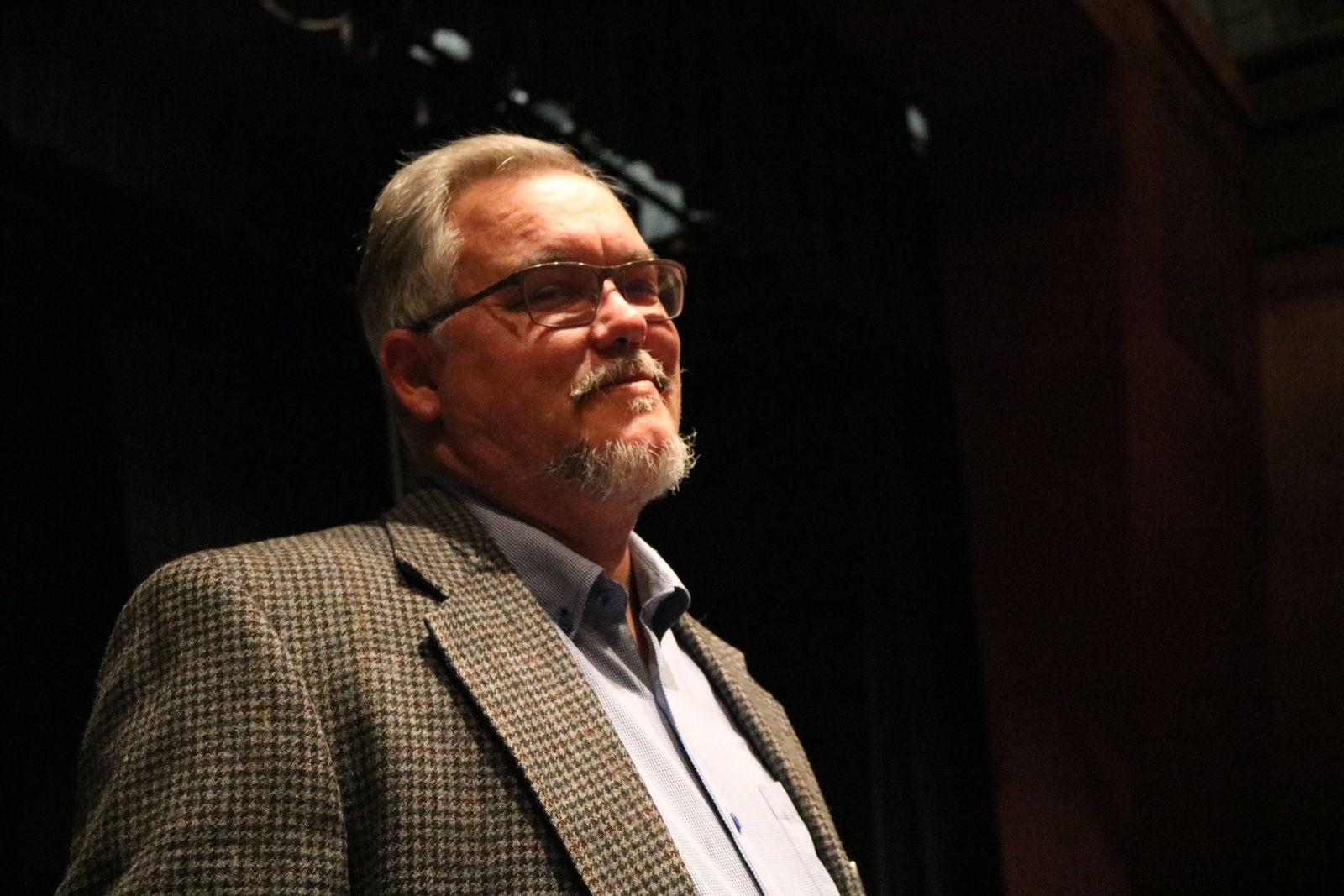 Tech Director Dan Williams has been in theater for many years and has heard the phrase “break a leg” plenty of times.  But, last week he literally did break his leg while he and three students were unloading items for the set of the first show, “Death by Chocolate.”

Sophomore sociology major Elena Cummings noticed something that seemed out of place in the back of Williams’ truck.

Williams said he purchased the pogo stick to make a tool out of it to put sets together.

When two students could not get the pogo to bounce, Cummings said, Williams took it and showed them how to do it. The first time, there was no incident. Taking the toy back a second time, however, the tech director lost balance.

“No, no, no, let me show you,” Williams remembers saying.

Cummings said that the pogo stick went one way and Williams tried to stabilize himself. In the process, he turned his ankle and landed wrong on his left leg.

David Steinhilpert, a student who is a former air force paramedic, happened to be at the scene.

“I was on my way to triathlon practice and noticed two young ladies who looked panicked so I decided to stop. That’s when I noticed a man laying on the ground obviously in distress.”

“I just feel extremely blessed that I was placed in the right place at the right time,” Steinhilpert said. “The Lord has provided me the opportunity to give back only a fraction of what has been given to me.”

Williams was taken to St. Francis hospital, where he was informed that he had a spiral fracture in his fibula and tibia. He underwent surgery on Sept. 10, where the surgeons put a metal rod in his fibula to eliminate the need for a cast and to help him support weight on his leg. He was discharged Sept. 12 and is now recovering. Williams said he hopes to be back on campus at least on a limited basis by this week.

“I like to think I’m younger than I am, and I’m not anymore. I’ve never been one to shy away from things,” he said. “To learn to master them… has always been something I find challenging and very rewarding.”

Williams said that several of his colleagues in the theatre department, Mark Mannette, Deanne Zogleman, and Ray Wills, have been “nice and supportive.”

Williams said he is staying in touch with his students so that work on the set for “Death by Chocolate” can still go on course.

“My students have really stepped up to the mark and have really continued to keep getting things done and accomplished for me, and meet with me on a daily basis, basically, and find out what they need to do next.”

PHOTO: SINCE DAN WILLIAM'S INJURY, actors from "Death by Chocolate" have been helping to put the set together. Kelly Mai, Staff Photographer

A marvelous move for female heroes