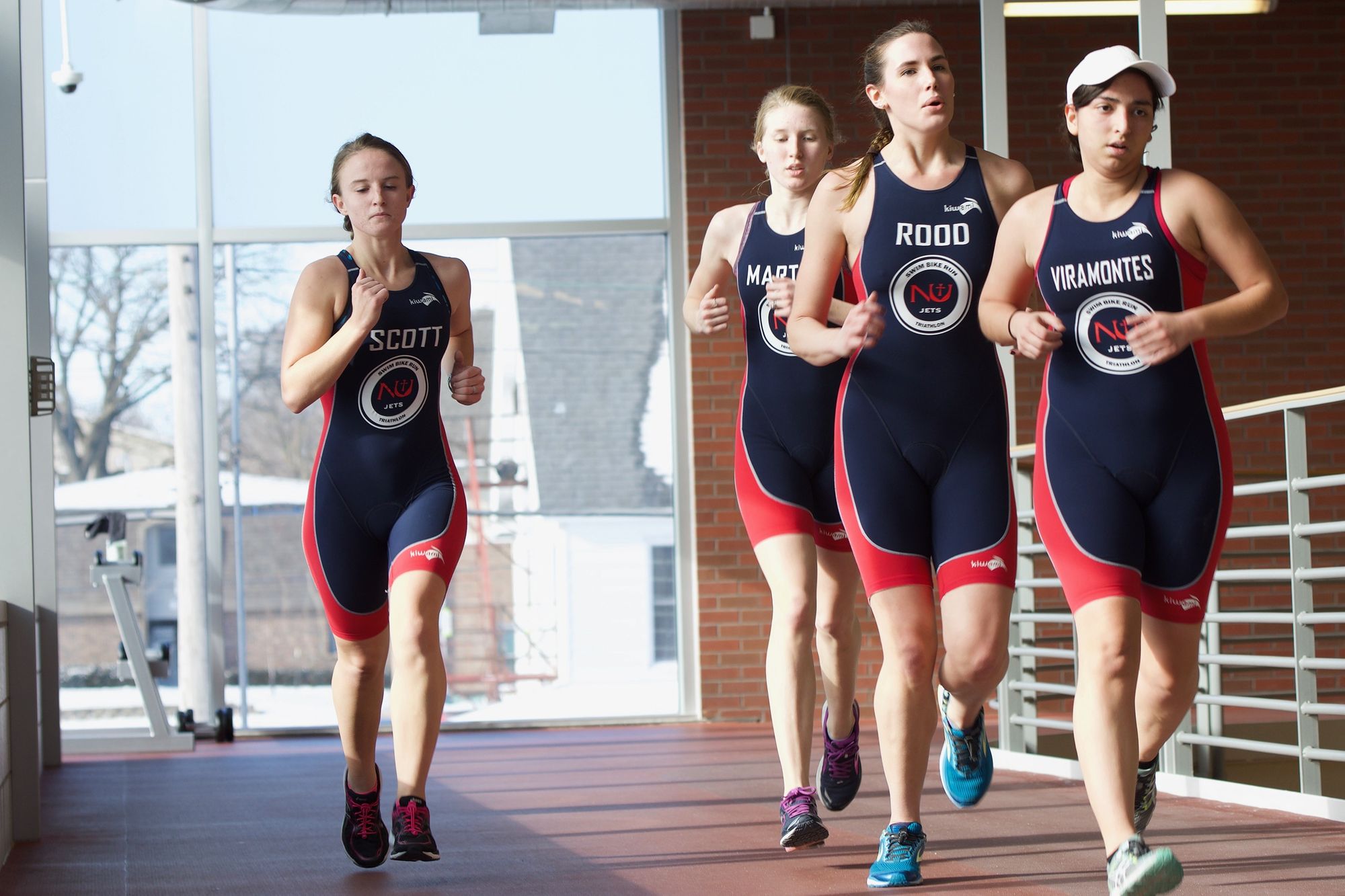 As can be seen every afternoon on the plaza outside De Mattias Hall, the triathlon team is working hard in preparation for the second race of the season.

The team, with the exception of the freshmen, participated in its first race of the season Aug. 25 in Minnesota with sophomore Wyatt Mattas finishing in ninth place and each Newman athlete that competed qualifying for nationals.

The team was successful physically, but coach Jeff Lovgren said he is more impressed with the mental success of the team–as he likes to say, triathlon is 90 percent mental and the rest physical.

“It is just amazing to see them progress and become more passionate for the sport of triathlon,” Lovgren said.

“I am looking forward to pushing my limits,” freshman Marlie Wagner said. “I joined the team with experience only in competitive running…Triathlon, however, is a mental sport more than anything else, and I’m excited to challenge myself to accomplish more than I’ve ever done before.”

As the team members continue to strengthen themselves mentally, members agree that injuries on the team are proving to be another challenge.

“We have each faced our own little hurdles, whether it’s an injury or something else completely,” freshman Makayla Ehmke said. “It’s a trying sport. It takes a lot of mental strength as well as physical strength.”

Lovgren agrees that injuries have been taxing this year, but he too believes that mental strength will help the team fight through it.

“We have lost some key returning athletes and have been dealing with injuries starting the year that we have not had before,” Lovgren said. “But one thing that you have in triathlon is endurance… Endure we will.”

The team will continue to endure as it prepare for the Cyman Triathlon Sunday in Iowa.

This will be the first time out for the Newman freshmen competitors, and sophomore Mac Foley said he is excited for his teammates.

Through the injuries and mental work that goes into a triathlon, there is still a piece missing from the team. Lovgren said he needs support staff in the form of team managers to help the triathletes get the most out of their Newman Triathlon experience. If you are interested in being a part of the NU Triathlon team, please contact Lovgren at lovgrenj@newmanu.edu.

McCormick: An accident waiting to happen