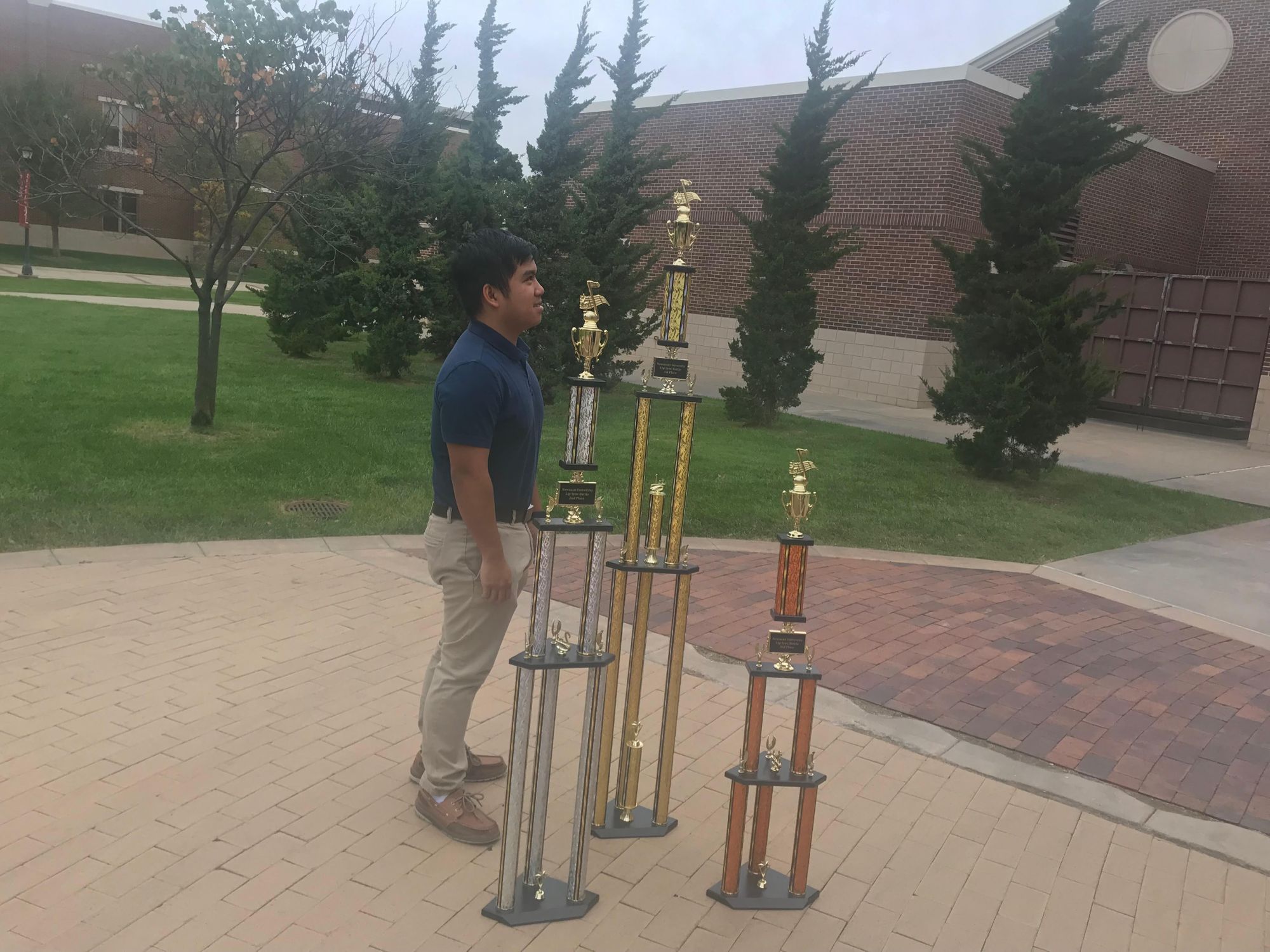 Students who participate in this event behind closed doors can officially come out of hiding thanks to CAB.  A lip sync battle will be taking place to allow students to compete for monetary prizes and bragging rights.

The lip sync battle is an event that has occured once in Newman’s history. Senior Brandon Steiner, one of the co-chairs of CAB, is excited for the event and hopes it’s bigger and better than the event from 2017.

“It’s something we’re hoping to make an annual tradition here at Newman - like Breakfast and Bingo. So, this year we’re trying to amp it up,” Steiner said. “The lip sync battle is held between anyone that signs up. Anyone is welcome to come.”

Teams can be composed of one to seven people and are expected to have a routine set to a song no longer than four minutes.

The team will be ranked by a panel of judges. Steiner said that the panel will be composed of “guest judges” with faculty and students.

Five members of the bowling team: Zach McGill, Caleb Limes, Ralsten Tersol, Adam Wood, and Brayden Prockish have put a group together and said that they are ready to crush their competitors.

“We’re ready to strip the other teams of their success,” McGill, Limes, and Tersol said. “We’re going to make everyone wanna-be’s. You are going to love us.”

Senior Claire Setter, the other co-chair of CAB, said that those who don’t compete but come out to support their peers won’t go home empty handed. The first 50 students that come out will receive a free T-shirt. Setter said she encourages students to come out and compete.

As of Tuesday, one of the teams confirmed that there are only two teams signed up.  Students who are looking to sign up for the battle must submit the team application, found in an email sent on Tuesday, by no later than Friday.

“It’ll be a lot of fun and a great way to just let loose,” Setter said. “I encourage everyone to sign up or come out to support the teams. I remember my first time doing it, it was a blast.”

The lip sync battle will be at 7 p.m. on Oct. 2 in the Performance Hall.

Acquired lot may not be for parking