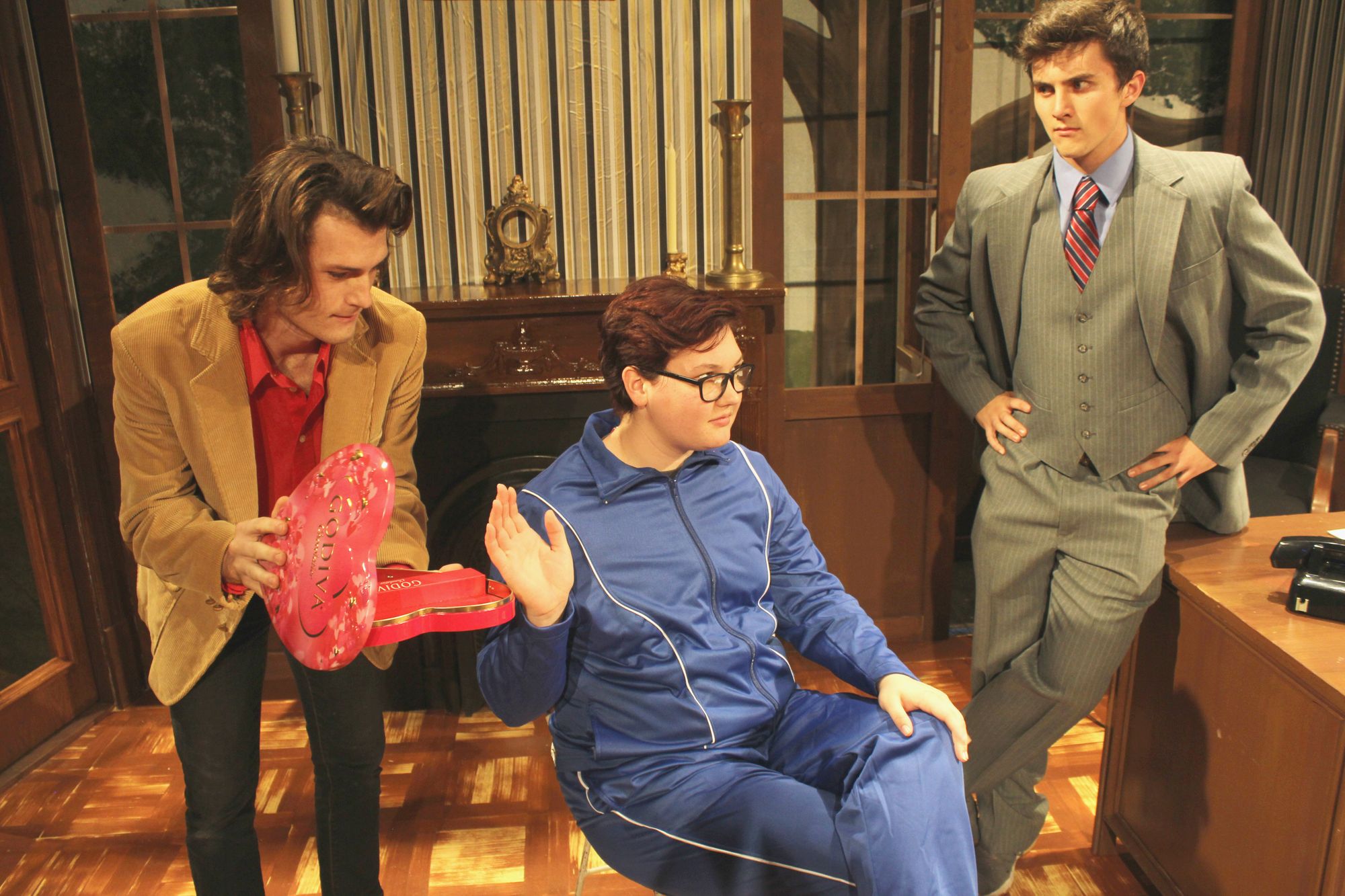 Death by Chocolate: This deathly comedy comes with a sweet surprise

Death, usually best served cold, will be served with chocolate at a new Newman dinner theater.

Theater students will be putting on a production of the murder-mystery comedy “Death by Chocolate” Oct. 11-13.

Audience members can expect to see chicken and chocolate on their dinner plates and can also expect to interact with cast members during their meals.

Director Mark Manette said he is thrilled to put on the first dinner theater Newman has had during his eight-year career.

“The dinner is integrated as part of the show,” Manette said. “It’s interwoven around it.”

“I play the character of Ed Parlor, the playwright,” Taylor said. “I come in because [Lady Riverdale] invited me to become a part of the board for the grand re-opening. I get in and there’s lots of death already.”

Taylor, along with four of the other cast members, are freshmen this year.  Manette said he is eager to have so many freshmen performing on stage.

“That is exciting when the freshmen can jump right in and play fun parts,” he said.

Each night, the doors will open at 6:30 p.m. with the show starting at 7 p.m.  Dinner will be served throughout the performance in the Jabara Black Box Theater. Tickets are $25 purchased via RSVP, and only around 110 people will be allowed into each performance. Students who would like to see the show without dinner will be allowed to attend the free dress rehearsal at 7 p.m. on Oct. 10.  To get tickets and solidify your RSVP call 316-942-4291, ext. 2486

PHOTO: “DEATH BY CHOCOLATE” will have a free students- only performance at 7 p.m. on Wednesday in Jabara Black Box Theatre. Courtesy photo, Clayton Norris