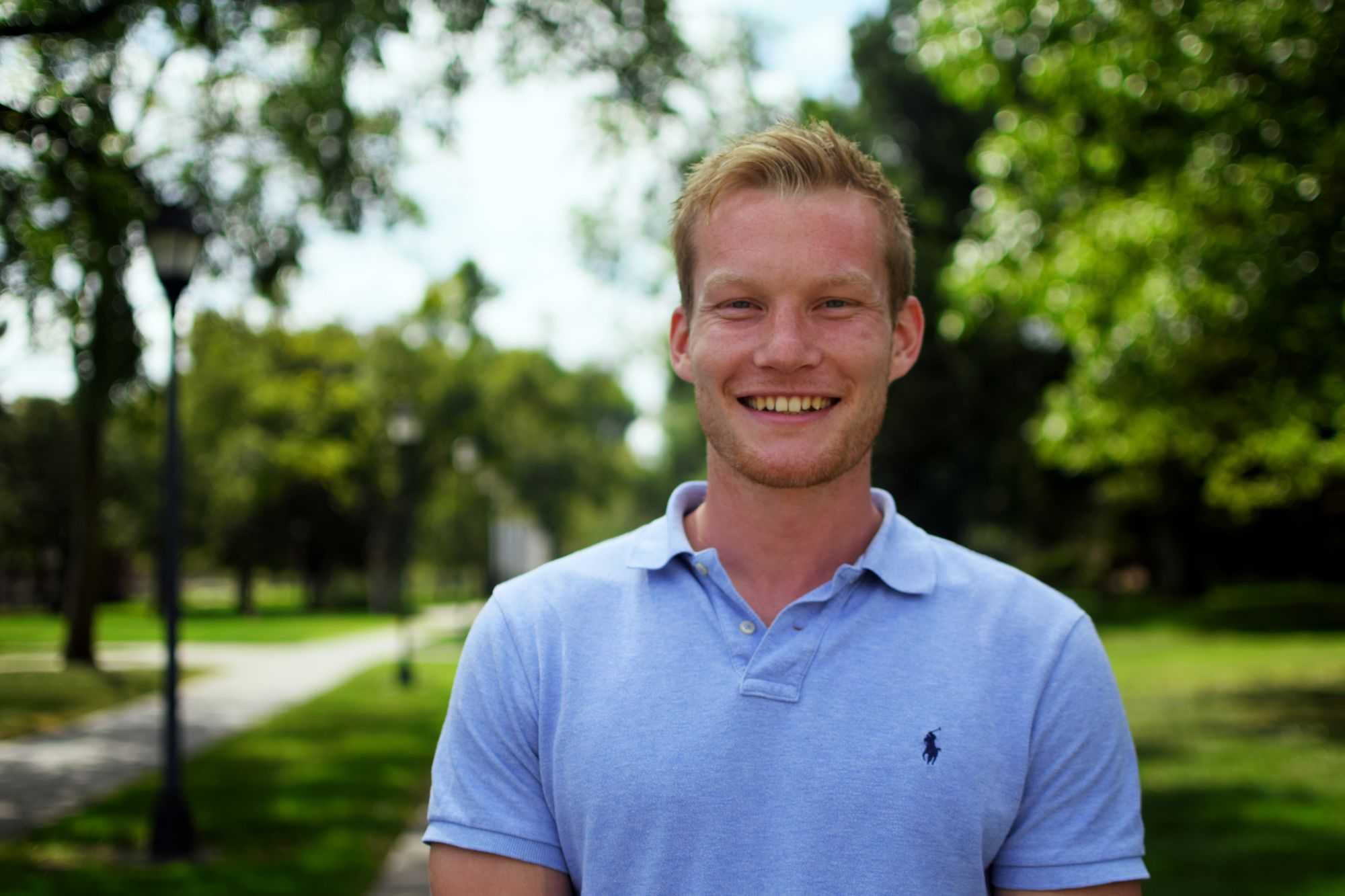 Sawyer and his fellow student pilot spent the holiday weekend taking a round trip to Texas.

“He flew the first leg, and I was flying the leg back,” Sawyer said.

It wasn’t until the pair began their flight home to Kansas that they experienced troubles with the plane.

“On the way back, we got to 10,500 feet… after about 20-30 minutes, the engine cut out, and all the pressure gauges dropped,” Sawyer said. “I thought things might change. It was weird to think, ‘Oh, the engine’s gone.’ I thought it might start again, but it didn’t.”

As the plane began to descend through the clouds, Sawyer kept his sight on the ground. He and his copilot contacted air traffic control, and the representative attempted to direct them back to the airport.

As the representative insisted that they maintain altitude at 2,500 feet and return to the runway, Sawyer explained that it just wasn’t possible. The plane continued to descend, and the young pilot readied himself to land in the open field in front of them. Adding to the chaos, contact with air traffic control was lost as they neared the ground.

“I just had to put it down in the field. All I was thinking of was keeping the nose up so I wouldn’t flip us over,” Sawyer said. “It ended up being a pretty good landing.”

The plane was left without a scratch, and its pilots were only shaken. The reason for the engine failure is unclear, however, Sawyer said the mechanic theorized that the dirty fuel pump might have impeded the flow of fuel to the engine.

Sawyer said he had received some training in handling emergency situations, but he felt that the simulations didn’t compare to the real thing.

His resolve to become a commercial pilot was left unscathed, as he now feels more confident in his ability to handle emergency situations.

“It actually made me even more motivated to pursue it as a career,” Sawyer said.

The 2017 Newman graduate has already obtained his private pilot license as well as his instrument license. He now has his sights set on a commercial license, which requires a minimum of 250 flight hours.

Now the only thing standing between Sawyer and his license is 90 hours of flight time, which he hopes to complete by the end of the year.

PHOTO: ADAM SAWYER, who has a private pilot license, helped save the day on his flight back from Texas during labor day weekend. Carley Sullivan, Photography Editor

Death by Chocolate: This deathly comedy comes with a sweet surprise