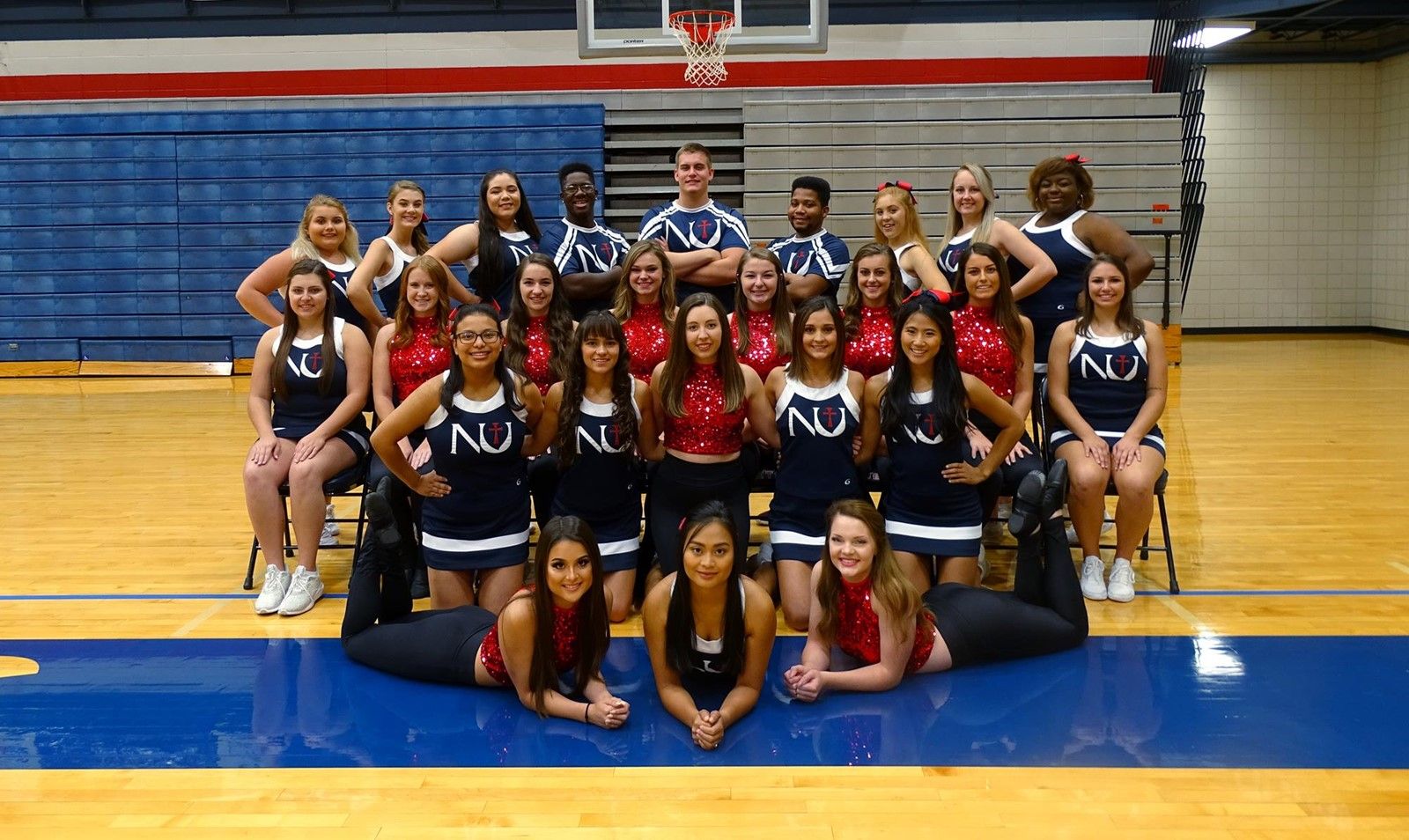 Meet the cheer and dance team: the faces of Jet pride

Much of what Newman students see of the spirit squad is them performing on the sidelines and on the court during games, but what students don’t see is what keeps the squad busy in the community.

Every year, the spirit teams are pulled out into the community to help cheer at Wichita events.  This year, the teams have performed in Open Streets ICT, supported children in middle schools, assisted with beginning of school events, and appeared in restaurants to promote fundraising.

At Open Streets ICT, the spirit squad got the chance to show off its skills to people outside of Newman.

“We were at the kickoff party… They just got to do a little cheer to get the crowd going and the dancers performed a little dance, and then they hung out at the NU tent and handed out bags and granola bars, and greeted the community,” said Brandy Muncy, the cheer and dance coach.

The teams have popped into some local middle schools to help kids get excited to go to school.

“At Maize Elementary they run a mile every couple mornings to add up to a marathon,”  Muncy said.  “We were there on the final day to cheer them on for their last mile, and Johnny Jet went. At Haysville Middle School, they had a ‘dance unit’ so the girls went and taught them a little dance for like an hour.”

On campus, the spirit squad assists in events like freshman orientation. The team also has to do multiple fundraisers every year to pay for things like uniform expenses since they are considered an activity and not a sport.

Muncy said the team will do fundraisers once a month to be out in the community and to raise money to maintain the program.  Some recent fundraisers have consisted of a Chick-fil-A night and a Chipotle night.  The next one is at Vietnom Nom from 4 to 9 p.m. on Nov. 6 and Jason’s Deli later on down the road.

Muncy said the team has gotten the opportunity to work with Allison’s Fun Inc. where the girls have run casino games, a bouncy house or carnival games based on the theme of the event.

Cheerleaders Rebba Chavez and Tiffany Lapore said that they are amazed at all of the talent that new girls are bringing to the team this season.

“I think we are going to be so much better than last year, and last year we really raised the bar.  It’s just really exciting to see the team grow,” Lapore said. “It’s really fun seeing each and every person get that confidence.”

Chavez said that she believes that the spirit teams are the face of the university.

“Honestly, I believe we are. I’m not gonna lie,” Chavez said.  “I mean, we’re not completely the face, but I like to think we are.”

They said that many former cheerleaders and dancers still talk highly of their experience on the team.

Chavez said she is pumped for the basketball conference because of the fun memories and experiences she gets to share with the team.

“It’s really fun because we get to go out together, and we get to bond with other teams and to hang out with the basketball team,” she said.

PHOTO: THE CHEER AND DANCE teams at Newman do more than make appearances at games. Courtesy Photo, Newman Athletics

‘Reunited and it sounds so good’

Adulting (v): not having enough time to do anything