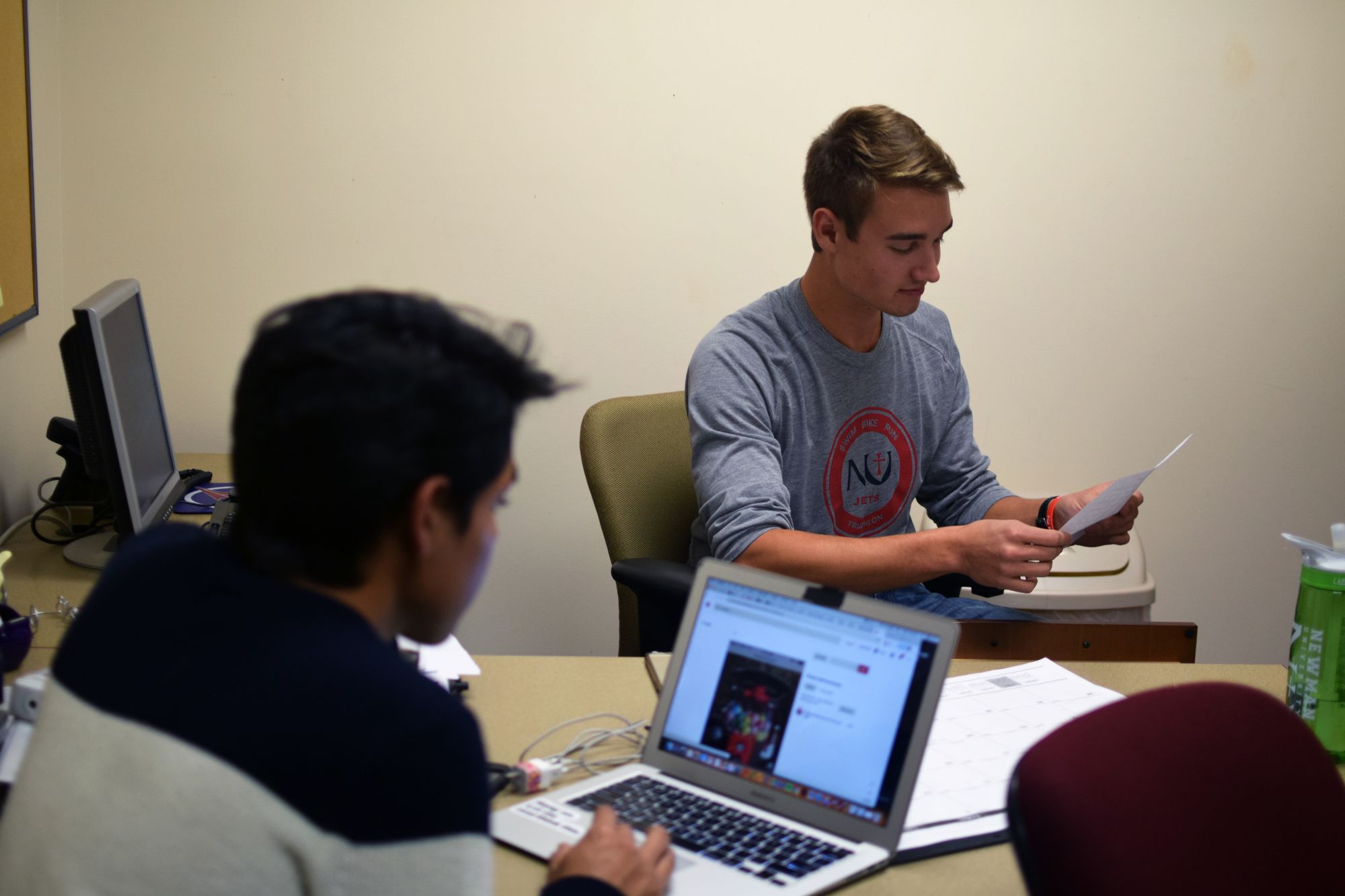 The office of Student Life is collapsing the three graduate assistant positions that were not filled previously in the semester to fund a full-time Director of Multicultural Engagement and Student Life position, Dean of Students Christine Schneikart-Luebbe said.

“We were very late in the hiring process for grad assistants...We did post the positions, and we did not get a very good response, understandably…,” she said. “We desperately need help.”

The position is designed to emphasize diversity and acceptance on campus.

“Particularly, I am looking for someone who can really help us with the diversity and inclusion piece and the multicultural component in addition to the campus life,” Schneikart- Luebbe said.

Student leaders were invited to sit on panels to evaluate the two candidates up for the position. The interviews were held on Friday. Students asked the candidates questions to identify their strengths and weaknesses to help determine if they would be a good fit for Newman.

Due to the constantly changing nature of student life, Schneikart- Luebbe said, the person hired will need to be flexible.

“I really need whoever we hire to have a skill set that can allow them to do a lot of things well quickly,” she said.

The position will be temporary as it is only approved for one year.

“It’s a pilot initiative. At this juncture, we have been told that there is not money for this position to continue after one year,” she said. “I’m hoping that may change and we may be able to demonstrate the value of this individual and of this position, but it has been made very clear to me that we have funding for one year.”

Schneikart- Luebbe said the money for the position came from the original budget for graduate assistants.

The job requirements included being master’s prepared, having experience with diversity inclusion initiatives, and showing an interest in working for student life at a faith-based institution.

Though a candidate has been chosen and has accepted the position, the announcement of the new Director of Multicultural Engagement and Student Life will be made early next week, Schneikart-Luebbe said.

PHOTO: TWO CANDIDATES for the new Student Life position were interviewed by a group of student leaders on Friday. Carley Sullivan, Photography Editor

Why it is important not to idolize other people

‘Reunited and it sounds so good’