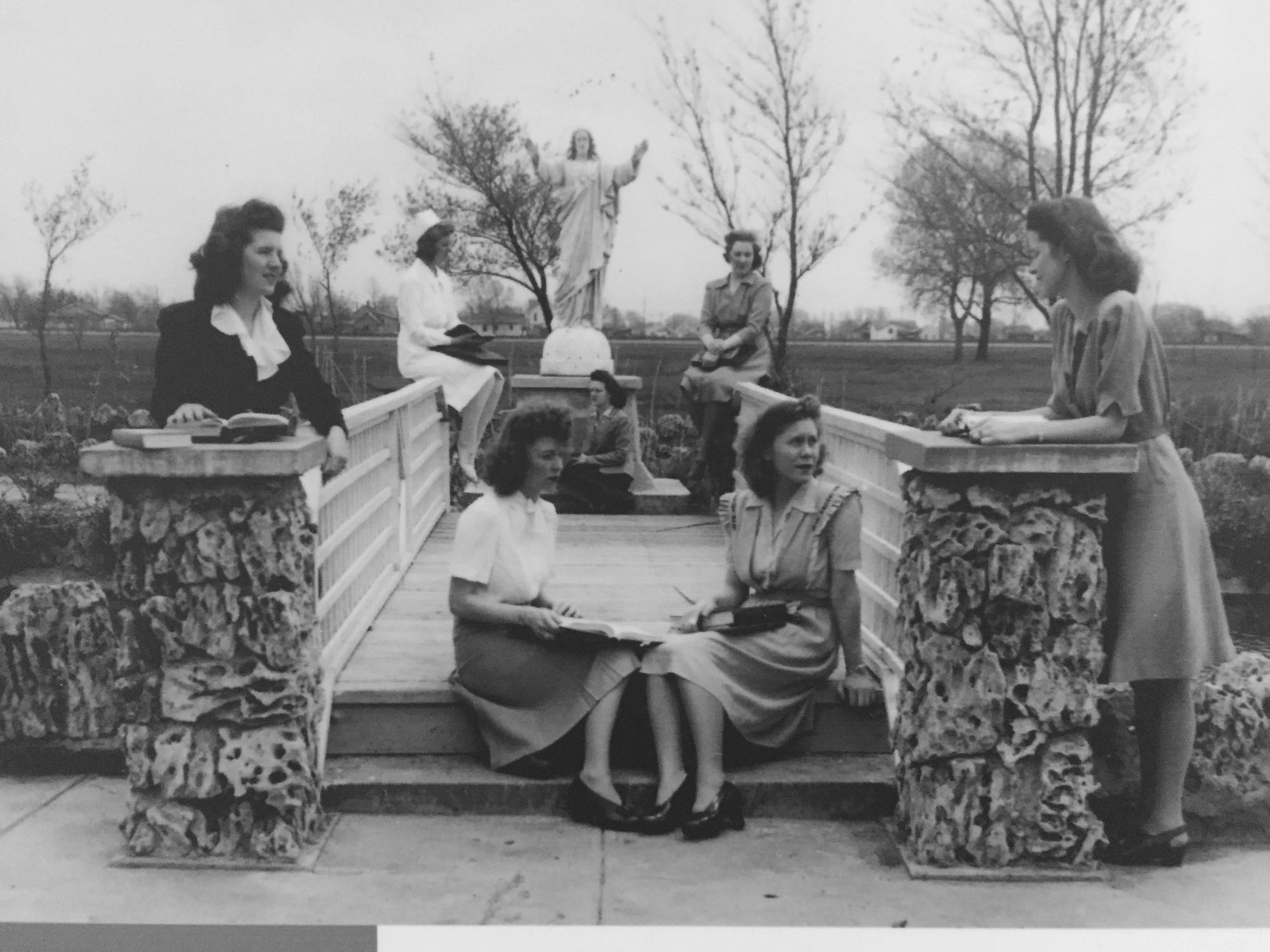 Fashion: Sewing Together the Seams of Newman University

Fashion is more than wearing clothes. It’s about standing out, feeling like you fit in, and expressing yourself.

Throughout the last couple of centuries, fashion has become such an important part to our identities. Take a walk on campus and you will see many different individuals that come from many different backgrounds. The clothes they wear tie them to some part of their identity.

The athletes can be seen sporting shirts that support their teams. The more serious students dress as if any day they have an interview or meeting to attend. Some people dress stereotypical to their sexuality and some people dress in their fun clothes just because they can.

When we look back at the 20th century, there is an obvious difference in style from decade to decade.  For students, what they wear can be one of their few ways of expressing themselves while at school.

For Newman students, at least what can be found through the archives, the clothes they wore were important to them.

In an old edition of The Vantage, that can be assumed to be from the 1970s, there is an advertisement for the Jeans Warehouse that is promoting a sale on “bush pants, bell bottoms, hip-huggers, baggies, and double knits” for $1.50.

Women are pictured wearing high-waisted pants, mini skirts, and jumpsuits. Men who participated in sports, basketball in particular, wore mini shorts that showed off large portions of their legs.

There used to be a contest called the “Jet Legs” contest where men were judged on who had the best legs. With the shorts that they usually wore, it wasn’t unusual for there to be little left to the imagination. In one particular archive, Gary Squires won the contest where $14 was raised for the chapel.

Women’s sports uniforms were much more conservative than the ones worn today. The women’s volleyball team in the 1950s wore romper-looking outfits with cap sleeves.

At a 1940s Family Day, there are pictured alumnae with their families all dressed to the nines.  All the men are wearing suits and the ladies are wearing dresses or skirts and suit coats that look stiff as can be. Children are wearing dungarees dresses, pleated pants, plaid collared shirts and hats.

In the 1930s, some female students are pictured hanging around the Jesus statue that students pass on the way to the Eck or Dugan Library parking lot.  The ladies are all wearing unpatterned, knee length skirts, three quarter or full sleeve tops, and low black heels.

Students in the 1980s are huddled around picnic tables where a watermelon eating contest is taking place. They are sporting shorter hemlines than the previous years, brighter colors and patterns.  High-waisted jeans and shorts were still in style, boys still wore ridiculously short shorts and a variety of t-shirts, tank tops, crop tops and collared shirts were paired with them.  Unlike today’s style choice, short, permed hair rules for women and mullets were still in for men (I hope they never come back).

Today’s students can be seen strolling around in reinvented styles from the past and a more casual look. It is not in style to wear suits or conservative dresses anymore. We do, however, see high-waisted everything coming back, athletic-wear is becoming a fashion statement and the beloved overalls are being reinvented in a way that consumers feel as if what they are wearing is no longer old fashioned.