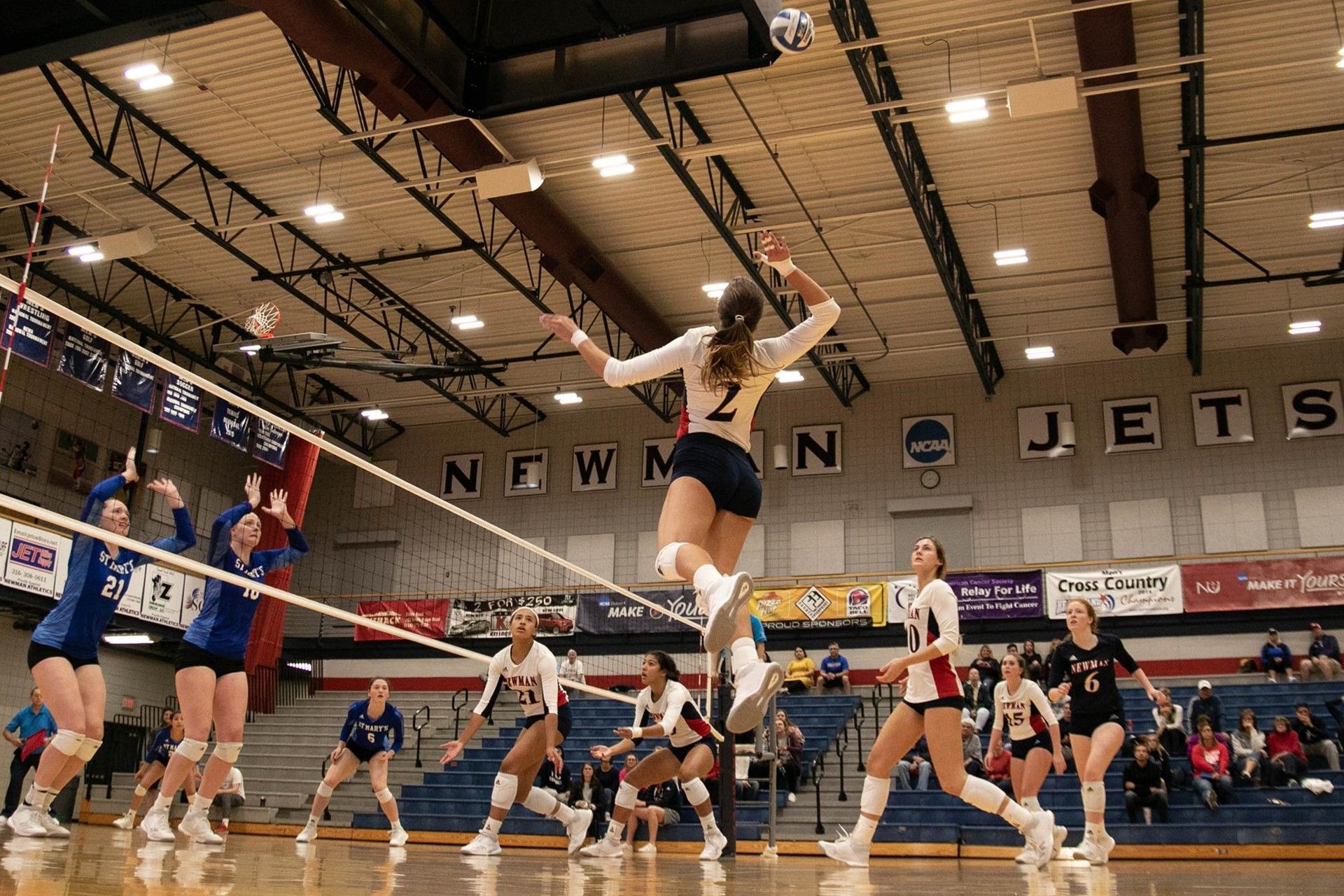 Volleyball gets set for its last match

Newman University’s volleyball team clawed its way to only its second win of the season at home on Oct. 25.

The lady Jets are currently sitting at 2-24 for the season, but players say they remain optimistic.

“I definitely think that win helped us and showed that we can compete and we can play with other teams,” Braddy said. “We all just showed up at the right time and did our job. We fought through the whole game and never gave up, which helped result in a win.”

“Usually in the spring you would get a new coach and you have so much time to figure out the style he likes to run,” Roth said. “We had to just cram it into two months vs. six, so it’s just kind of a new style of play and then we have a lot of new people, so it’s just kind of hard to re-group and build relationships.”

Braddy is finishing her final season on the team but said she looks forward to supporting the Lady Jets from the stands.

“I hope the girls have learned from this season,” Braddy said, “and even though it didn’t go great I hope they take the good things that did happen this season and use that as motivation.”

Roth said one key to the potential success of the team is staying focused.

“Everybody has to have the same mindset: ‘We’re going to win. We need to win.’ And whenever one person doesn’t have that mindset, it’s going feed into everybody,” Roth said. “So we have to be all in all the time and that would definitely always change a season, no matter what.”

The lady Jets will have their final game this Saturday against Lubbock Christian University in Texas.