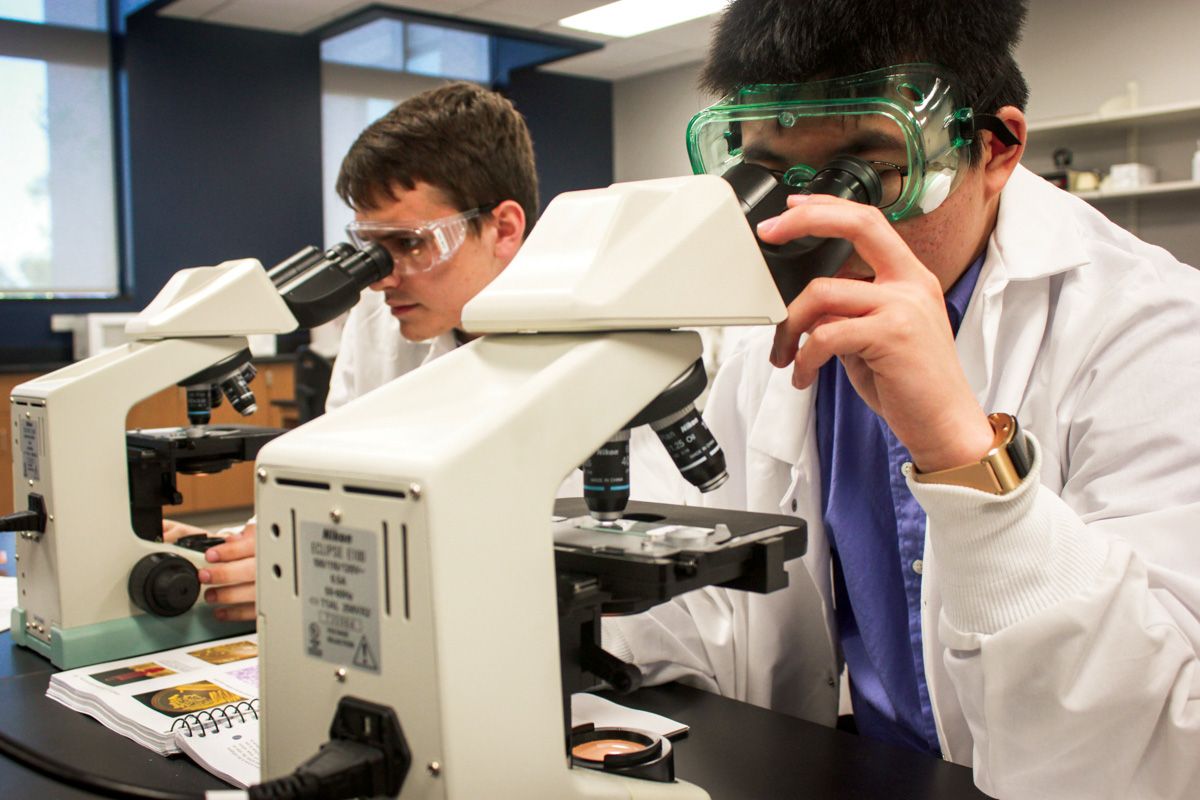 Dr Hicks gets her kicks out of the mitochondria

Dr. Kiley Hicks works with mitochondrial genetics, a specific yet complex field that gives insight into the deeper concepts of mitochondria-based analysis.

“Everyone knows that mitochondria are the powerhouse of the cell, and that’s basically it, but they’re way cooler than that; they all have their own genome, and the genome we know varies in lots of important ways with lots of important consequences.”

Many biology students may at first view the mitochondrion as a battery organelle, simply powering the rest of the cell. Mitochondrial genetics, however, brings a greater perspective and appreciation of this seemingly simplistic organelle.

Hicks entered this field due to a rather specific instance that struck her with a realization of the unknown during grad school.

“I interviewed with Suzanne Estes at Portland State University, and she gave me a couple papers to read that were [about mitochondrial genetics], and I remember thinking ‘This is this whole new area that I didn’t know existed…’ so it definitely spurred my interest.”

Continuing into what eventually became her own research, Hicks began to find success in studying populations of Caenorhabditis elegans (a species of nematode).

“I’m using worms that have a lot of natural variation that we track and we know, and in those same worms, that variation is linked to geography…some isolated from Africa or Ohio,” she said. “The biggest differences we see between them are their genetic differences in their mitochondrial genome and then some phenotypes, particularly the mitochondrial membrane potential which is important in creating ATP (a common energy molecule).”

This research enhances the scientific understanding of regional variants and structural differences throughout mitochondria.

Hicks hopes to contribute to the scientific community through providing heightened accounts of how mitochondrial genetics can be applied to diseases and aging.

“I’m interested in selection, and how it can drag along other things you may not want, and that has all sorts of implications for any of the mitochondrial diseases that impact humans. Mitochondria are also likely one of the bigger contributors to aging because they make these reactive oxygen species that can damage your cells and cause you to get older faster.”

Through her work with aging specifically, Hicks is studying specific components of mitochondrial differences and how they have certain effects on aging, giving some clarification on one of life’s greatest mysteries.

“The thing I’m really looking at is if you can get selection for one thing that then causes extra reactive oxygen species to be produced or changes in that membrane potential that make the mitochondria work differently that then change aging rates in the organism.”

PHOTO: THE MITOCHONDRIA is more than just the “powerhouse” of the cell. Courtesy Photo, Newman University Magazine