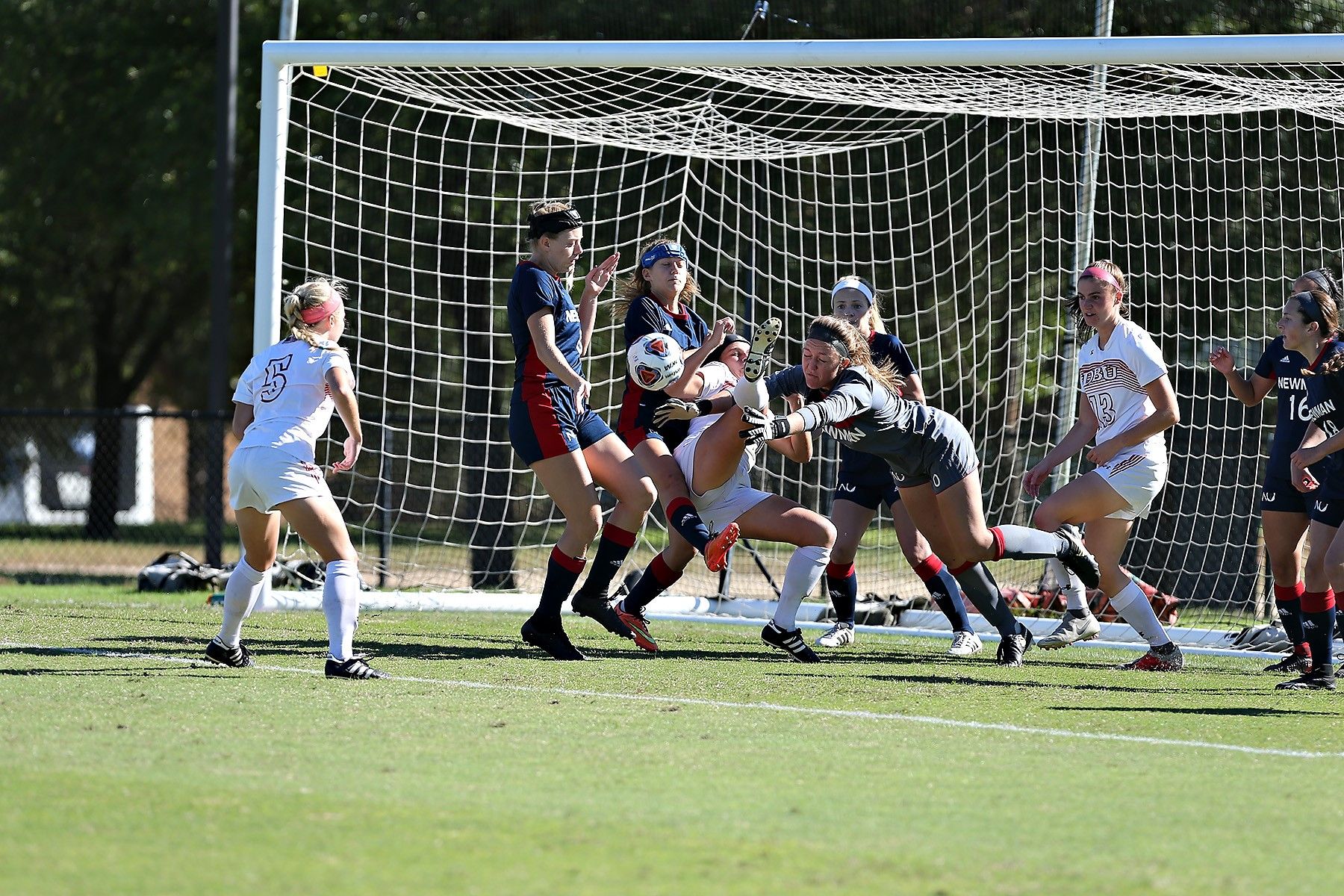 Soccer season is over, and both men’s and women’s teams have had record-setting years. The women’s team finished 12-4-3 with the most wins in a single season.

The lady Jets wrapped up their season last Thursday after a tough 3-1 loss against Dallas Baptist University in the semifinals of the Heartland Conference Tournament.

The Patriots pulled ahead early in the game with a corner kick in the second minute. Head women’s soccer coach Aaron Avila said giving up a goal that soon shook the Jets.

“I think some players did well handling it,” he said, “but that’s something that we talk about a lot: not giving the early mistake or goal, and when it happens then how do you react to that?”

After going down 3-0 in the second half, Avila said the Jets still created good chances to get on the board. But even after scoring its first goal, the  Patriots lead and their defense didn’t allow room for a comeback.

Dallas Baptist would end up claiming the conference title over St. Mary’s University Saturday in the finals.

“Obviously we’re upset, but in the end we have so much to be proud of,” senior Quincy Plank said. “It’s one of the best years Newman has ever seen, and we were a part of it.”

With the ups and downs that come with soccer, Plank said she hopes next year’s leaders continue to focus on holding the team accountable in a positive and healthy way.

The Newman men’s soccer team took an early lead before a falling 2-1 to No. 1 Midwestern State University Friday in the semifinals of the Heartland Conference Tournament.

After its hard-fought season going 11-8-1, men’s soccer battled its way to secure its’ most wins since the 2014 season.

Dr Hicks gets her kicks out of the mitochondria