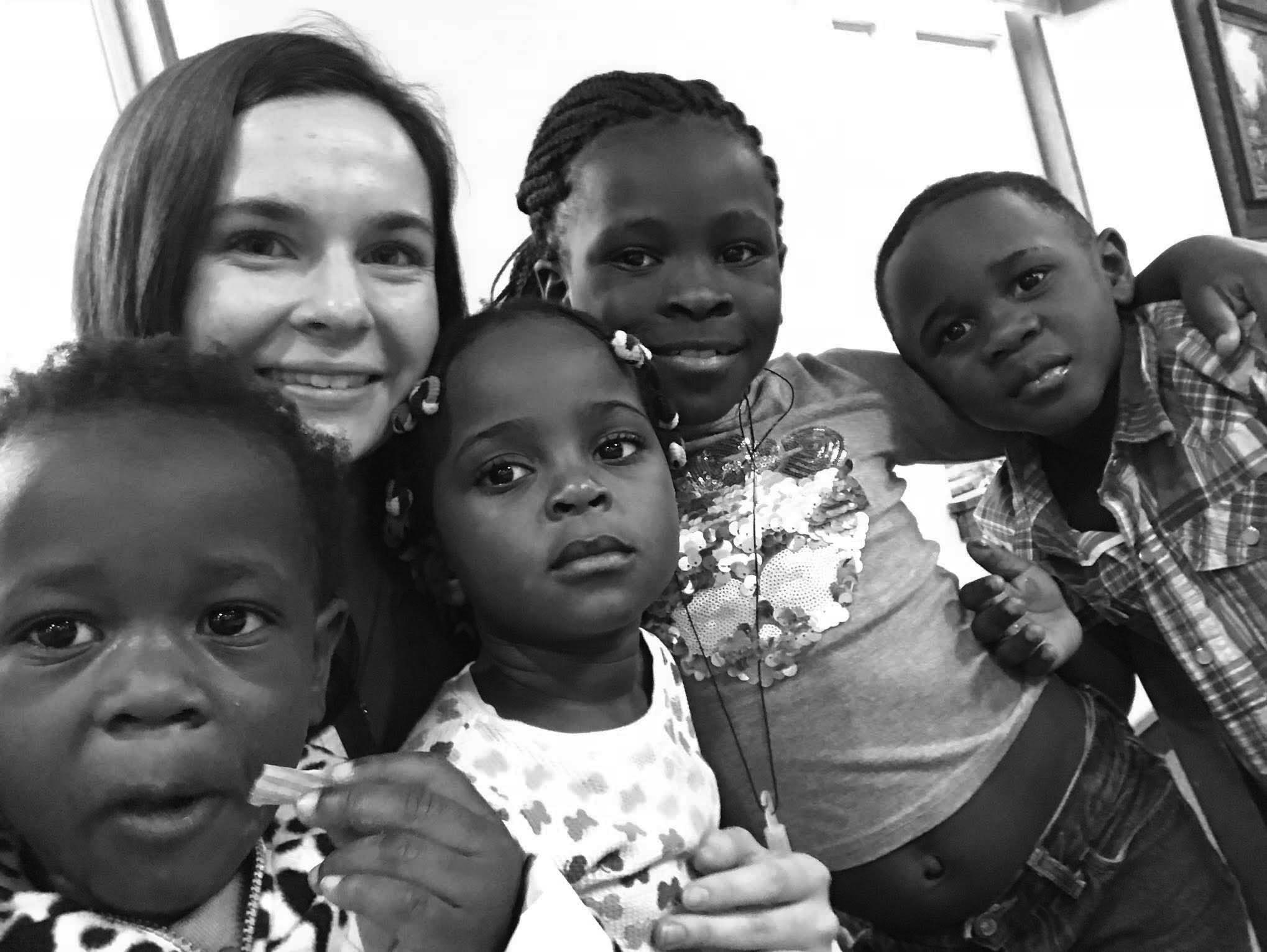 What started off as a group project has turned into a weekly tradition for freshmen Kayla Garvert, Cale Kerschen and Hunter Gunnarson.

The students go over to the convent every Wednesday from 3 to 5 p.m., or sometimes longer, Gunnarson said.

“We contacted Sister JoAnn and just said, ‘Would you be willing to let us come over and just spend a few hours with the kids?’ And she agreed and we have just been going ever since,” Garvert said.

The children who are aged 2 to 16 speak mostly Portuguese, however, this language barrier hasn’t hampered the relationship between the students and the children.

Garvert said that she believes there are nine children, as they are never all together at the same time.

On their first visit, the students said the children were shy and apprehensive about approaching them. But after a quick game of tag, the children grew to be comfortable with them.

“Immediately after that, one of the girls was holding my hand,” Garvert said.

Kerschen also said he could see a shift in the children by the end of the visit.

“By the end of the first day, three of them fell asleep in our arms. They were comfortable with us. They knew our names and they were excited to see us every time,” Kerschen said.

On warmer days, the students take the children outside to ride bikes or play with a soccer ball, but with the last few weeks bringing colder weather, the students have opted for indoor activities like arts and crafts.

“I think my favorite part about that was they didn’t know the concept of a leaf pile, the whole gathering and jumping. So we never got them to actually jump in the leaves, but when we piled them all together, everybody reached in and threw the leaves up. It was that picture perfect moment,” Garvert said,

The students don’t just do activities with the children but also get to know them and their day-to-day lives.

“We ask them how their school day went. And they always say, ‘Oh, it was good.’ They’re so excited to tell us what they learned and the new words that they learned that day,” Kerschen said.

Gunnarson said that the children are into many of the same things that many tweens here in the states are.

“They do everything that we do really. They love all our kind of stuff like YouTube especially and Justin Bieber. Those are the number one things they love,” Gunnarson said.

Garvert said that she believes they have taken on a bigger role in the lives of the children.

“It’s almost like we’re a big sister, a big brother now. They look towards us; they copy our behaviors. I think that’s another important thing too because they are learning and they’re learning in a different country,” Garvert said.

“I can’t wait. That’s probably my favorite thing,” Gunnarson said. “Seeing their faces when we walk in, they all smile and they’re all so happy when we walk in. It’s like an instant bond.”