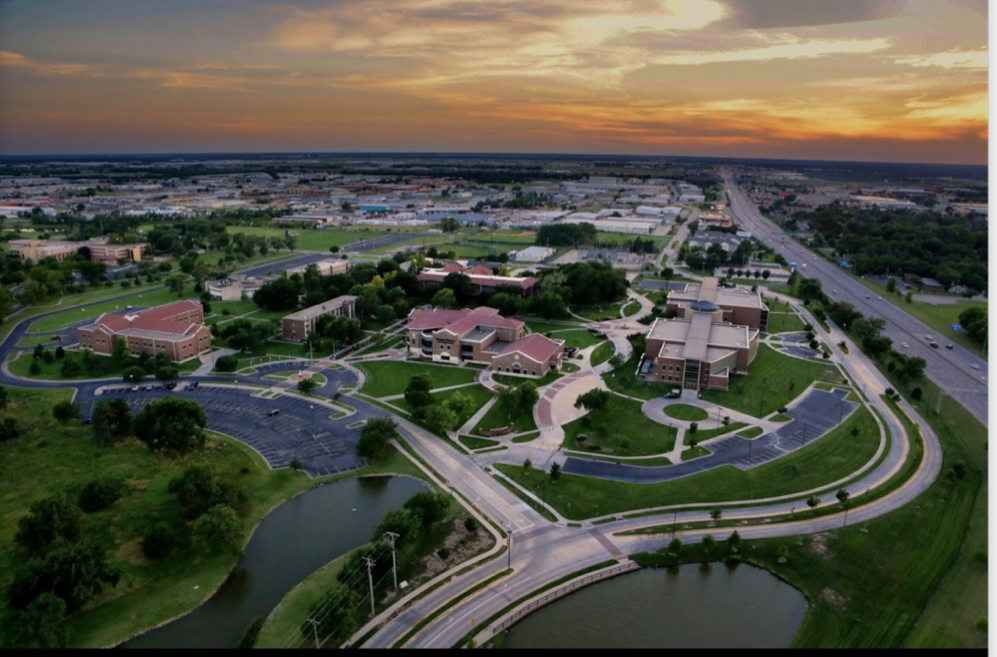 Former Director of Human Resources Mandy Greenfield says that she was fired last year in retaliation for whistleblowing on Title IX complaints, according to a federal lawsuit Greenfield filed against Newman University on Monday.

Greenfield is suing the university for a retaliatory discharge for whistleblowing, defamation and invasion of privacy. She is seeking compensation and is asking for a jury trial.

In a statement released on Wednesday, Newman denied the allegations and said it will fight the suit.

“Newman University is aware of the allegations made by former employee Mandy Greenfield,” the statement said. “Newman is dedicated to treating all complaints and/or allegations of mistreatment seriously as part of our efforts to uphold the university’s mission statement and the Newman Code. Further, the university has strong anti-discrimination and anti-retaliation policies in place, which leadership believe in and enforces.

“Based on the results of a thorough investigation, Newman denies the allegations by Ms. Greenfield and intends to defend this matter.”

The suit, which was filed in Kansas City, Kansas, includes allegations tracing back to October of 2017, when then-Dean of Students Levi Esses notified Greenfield of a harassment complaint made by former volleyball coach Destiny Clark concerning threats made against her by a student and “discrimination issues” regarding Trilli and the former and present men’s basketball coaches.

The suit says that when Trilli was notified of the complaint, he said he intended to retaliate against Clark. After Greenfield informed Carrocci of Trilli’s statement, the suit says Carrocci defended Trilli before calling for the Title IX investigators to get on with the investigation.

Three days later, Newman’s Title IX Investigation Committee determined the complaint was an “employee to employee” case and that Greenfield was to serve as acting Title IX coordinator for the case while HR Employment Specialist Lisa Deloach and former director of the counseling program John Walker served as investigators for the case, the suit says.

Almost a month into the investigation, Trilli sent an email containing confidential Title IX investigation information to administrators, the suit says, adding that in the email, Trilli called into question Greenfield’s ability to serve as Title IX Coordinator on the case.

Greenfield, who was hired in 2014, said in the complaint that when she again informed Carrocci that Trilli needed to receive a warning for his retaliatory statements, Carrocci again defended Trilli. Two days later, the suit says, Trilli signed a written warning against retaliation after initially protesting.

A few days later, two more unrelated Title IX complaints were reported by a student employee regarding sexual harassment against a University employee and an employee of Great Western Dining.

The lawsuit says Gantz called Greenfield on Nov. 20 requesting more information on the status of the investigations because she had received information regarding an additional Title IX complaint. The suit says Greenfield asked that Gantz hand over the information, but Gantz refused.

That same day, the suit says, Carrocci accused Greenfield of “setting her up,” and said she would no longer be communicating with Greenfield through email.

On Nov. 23, Greenfield reported a break-in to Campus Security and the Wichita Police Department when she discovered her office door, in addition to her desk and drawers, were unlocked, the suit says. The suit says Greenfield noticed an orange folder lying open on an assistant’s desk, and that a key was left in a small grey filing cabinet and the classroom door behind her office was open.

The suit says that following the break-in, Greenfield informed Carrocci of personnel issues she was having with an HR employee.

Greenfield received the go-ahead from Gantz and Carrocci to fire the HR employee, the suit says, only to have administration reinstate the employee a few days later.

Greenfield said in the complaint that she was informed on Dec. 1 she was being placed on administrative leave and was escorted off campus. The pending Title IX investigations were taken on by an outside law firm, the suit says.

On Dec. 8, Greenfield submitted a whistleblower complaint to the Board of Trustees Chair Teresa Hall Bartels, alleging that university officials failed to adhere to university policies and abused their authority. On Dec. 18, the suit says, Long and Vaughn were asking Newman employees for information about any “illegal things” Greenfield may have done.

It also says that Greenfield applied for more than 66 jobs after her termination before finally getting one earning $17,000 less per year than she was making at Newman.

Esses abruptly resigned from Newman last December and now works as the associate director of New Student Services at Kansas State University. Clark left the university at the end of last year and now is an assistant volleyball coach at Providence College in Providence, R.I.

Walker’s employment at the university also ended earlier this year.

The DisadVantage: New Year, New Me

A fairy’s dream comes true on the stage