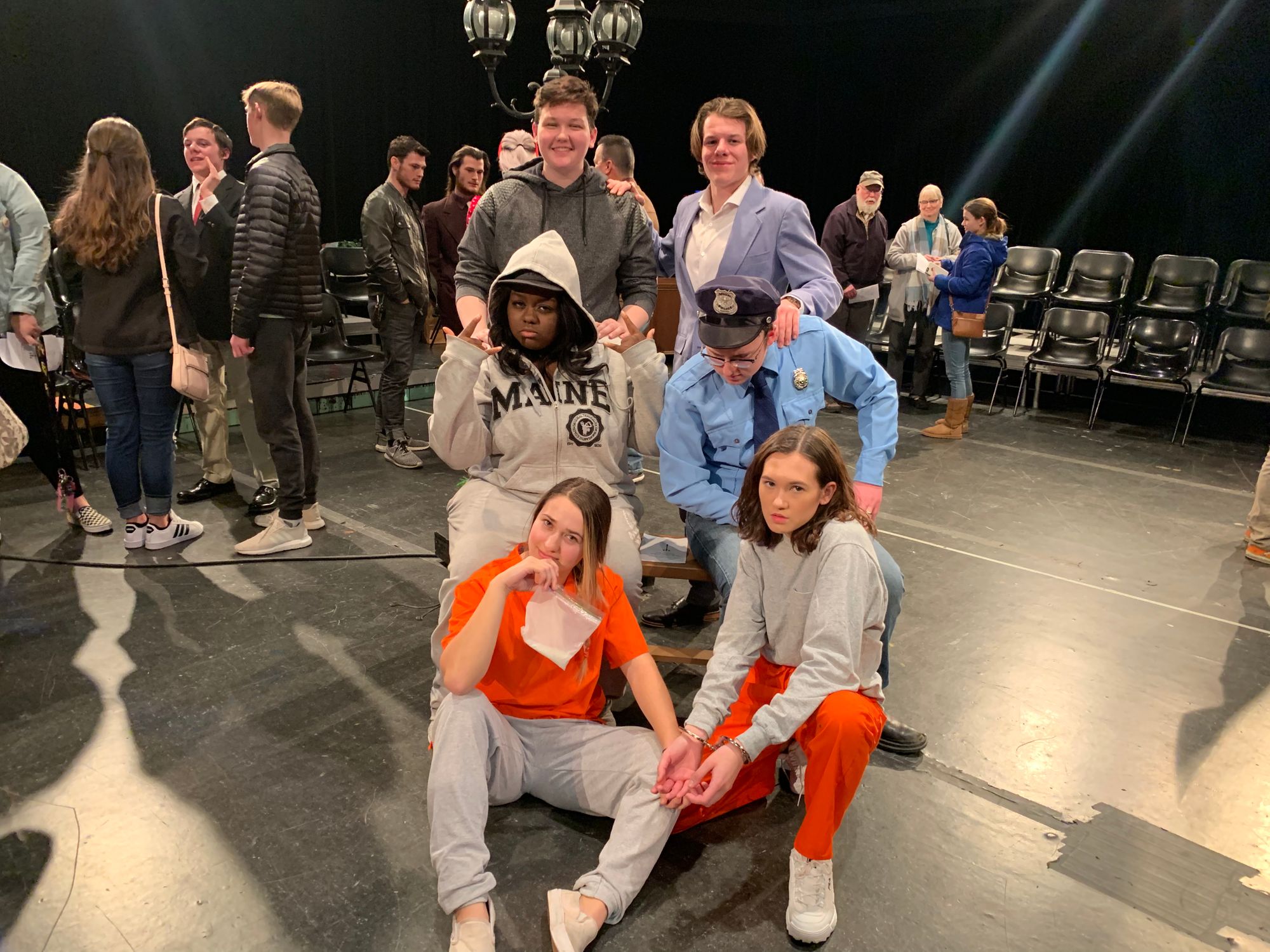 The 24 Hour Theater Project has been a Newman tradition hosted by the theater club for the past eight years.

The participants for this year’s project gathered on Friday night as names were drawn from a hat to determine what team they would be on and what their jobs would be.  Each of the four teams consisted of a playwright, a director and a few actors.

At 8 p.m., the 24 hours officially started, and the playwrights began to compose their plays.  They only had until 8 a.m. to create a 10-minute play that included a line from “The Winter’s Tale,” which will be performed in April; a lamp post that will be used in the upcoming production of “The Lion, the Witch, and the Wardrobe;” the phrase “Swipe Right,” which is the name of the collection currently displayed in the Steckline Gallery; and a prop that was used in the most recent Sloppy Joes’ show.

Austin Schwartz said he did not expect to be picked as a playwright but said he rose to the challenge by writing “Sinner or Forgive-Her?,” a drama about an inmate, Judith, trying to help another woman, Joanna, find forgiveness through Jesus.

“I actually have had this idea for a while, and I was glad to finally be able to sit down and get it cranked out,” Schwartz said.

When the playwrights were finished, it was time for the directors and actors to prepare for the performances.  They had until noon to figure out what props they needed as well as the sound and lighting cues.  By 8 p.m., all of their blocking and lines were learned, their characters were developed and they were in costume ready to perform.

The director for “Sinner or Forgive-Her?,” Keean Bush, said he appreciated working on a play that was deeper than the one he directed last year.

“I liked getting deep with people on a topic that I normally wouldn’t go deep into,” he said.

Ashley Servis, a senior at Eisenhower High School, said she was not sure if she wanted to participate at first.

Servis said that she felt “really nervous about memorizing lines in about 12 hours, but it’s been really incredible.  I’ve gotten really detailed pointers from my director and met so many wonderful quirky people.”

Some of the actors had other commitments on Saturday that they had to juggle along with practicing for their performances.  Dominica Johnson had to go cheer at the basketball game, but despite being gone for three hours, her team said she was still able to develop her character well and put on a stellar performance.

“Honestly, I put on the outfit and that was kind of it and then I put on this hat and it just clicked.  The voice came and everything.  The hat is what did it, and it’s not even my hat,” she said.

In addition to “Sinner or Forgive-Her?,” the plays “Winter’s Rise,” “The Soul Gamblers,” and “America’s Sweethart” were also constructed during the event.

“Winter’s Rise” recalled the mythological story of Persephone going down to Hades causing the plants to die without her and her mother Demeter, thus inviting winter into the world.

“The Soul Gamblers” was about an angel and the devil gambling for the soul of a man named Frank with the grim reaper as their mediator.

“America’s Sweetheart” told the story of Donna Cassidy, exposing her affair with presidential candidate Christopher Hartman with the help of a reporter.

The plays were performed in the round, meaning the actors performed in the middle of the room with an audience surrounding them.  After the four plays, the audience voted for the plays they liked the best by donating money to the container that corresponded with that particular show.  “The Soul Gambler” brought in the most donations. All proceeds from the night went to support The Newman Theater Club.