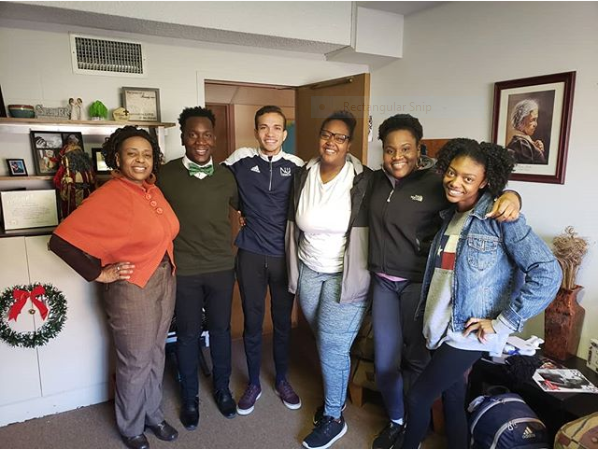 Since 1970, the month of February has been designated as a time for celebration for African American and black people across the U.S.

President of Newman University’s Black Student Union, Kayla Victor, said that this month is a time for African American and black people to celebrate their heritage.

“It’s a special time… where we are able to fully express and embrace our culture, our heritage, our history, and just put that up on the front lines so that everyone can see,” Victor said.

Vice President of BSU, Taty’terria Gary sees February as a time to be proud of her culture.

“It’s a symbol of pride in how far my culture has come and how far we still have to go as a people,” Gary said.

Victor hopes to use her role as president of BSU to encourage students at Newman to express themselves.

“A lot of the African American and Black students tend to stay in a shell and tend to stay in their corner. Me being president, I feel like it is my duty to get them out of that corner and out of that shell. It’s me telling them, ‘Don’t be afraid to be yourself. You are also a part of this Newman community,’” Victor said.

Gary hopes that BSU can leave behind a legacy that impacts future generations.

“I want everyone to understand that we’re not only fighting for ourselves but for the people who came before us and the people who are coming after us,” Gary said.

BSU is hosting several events in the upcoming weeks to celebrate Black History Month. Victor hopes that this will show students on campus that though BSU is a relatively new club, it is alive and thriving.

“We are trying to get Newman students to come together to not only embrace and enjoy African American culture and history, but to educate them as well through arts,” Victor said.

BSU has already hosted a “Black Friday” event, during which they encouraged everyone to wear BSU t-shirts that the club sold in the fall as a fundraiser.

The club’s future events include the “Trap and Paint” event, in which BSU will be providing snacks and painting supplies for a cultural experience. Next, they’ll be hosting a travelling museum to be displayed Feb. 12 in the De Mattias atrium, an open discussion named “Bonnets and Durags” Feb. 13, the ICT Black Men conference sponsored by Student Life, and both a black health panel and open mic night during the last week of February. For the grand finale, BSU will be hosting The Greek Showcase, in which BSU is teaming up with the Division of Student Affairs to present Historic Black Greek Lettered Organizations on Feb. 28.

PHOTO: BLACK STUDENT UNION is pulling out all the stops this year to give Newman students the opportunity to experience and learn more about Black culture. Courtesy Photo,  Yelando Johnson