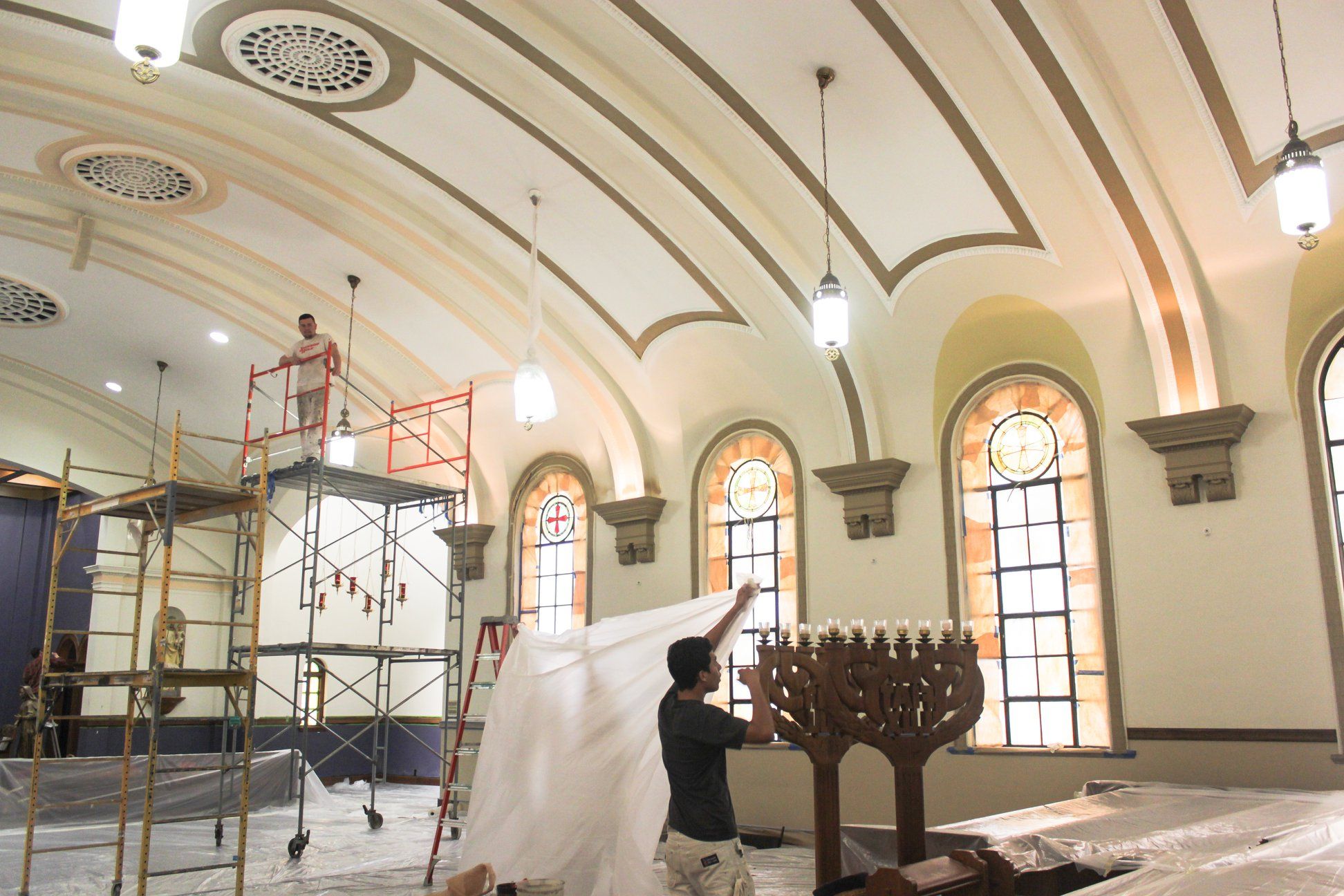 St. John’s Chapel is getting a makeover complete with a fresh coat of paint for the first time in more than 25 years.

Newman’s chaplain, Father John Fogliasso, and alumnus Nick Dondlinger, who helps run the family business Dondlinger & Sons Construction, started the renovations during winter break by sanding some of the wood surfaces down and staining them.  While that process is being finished up, the walls and ceiling of the chapel are getting painted.

After all the staining and painting are done, the renovations will be put on hold until after this semester.

During the summer, new flooring will be put in the sanctuary, music ministry alcove, and St. Maria De Mattias alcove. In addition, the sanctuary will be extended, some stained glass window panes will be fixed or replaced and new pews will be put in.

Fogliasso said that these new pews will come with “custom end pieces that match the chapel’s crosses at the top of the stain glass windows.”

The sanctuary will also be outfitted with new furniture, including a new ambo, presider’s chair and altar.

Fogliasso added that this new altar will be made with part of the altar that is in the chapel now to preserve the chapel’s heritage and history.  All of these renovations are estimated to be done by Aug. 1.

This project is being funded by donations solicited by J.V. Johnston, Beth Fatkin and the rest of the advancement department.

“We were able to get support from a variety of individuals with different levels of connection to the university,” Fogliasso said.  “All of them were very excited to see what’s happening in regard to the House of Formation and its recent announcement that they will be doing their fourth year of studies at Newman, with the renovation to the chapel, and just the strengthening of our Catholic identity and our Catholic mission.”

The House of Formation is a program through which seminarians take classes through Newman to receive their bachelor’s degree in philosophy.

Seminarian Caleb Kuestersteffen is eager to see what the chapel will look like after the renovations are completed.

“As Catholics, we believe that you can and should pray anywhere, but there is something very special and valuable in having a dignified, beautiful, sacred space set aside for worship,” Kuestersteffen said.  “I think that is what this project is all about - making our space for prayer the best it can be.”

Fogliasso said he appreciates everyone’s patience during the renovation process, especially the people who work in Sacred Heart Hall and those affected by the mass and adoration relocations.

PHOTO: ST. JOHN’S CHAPEL is currently having its wood surfaces sanded and stained while its ceiling is being painted. Courtesy Photo, Newman Advancement

SPILLING THE TEA ON HIGH TEA FOR HERITAGE WEEK