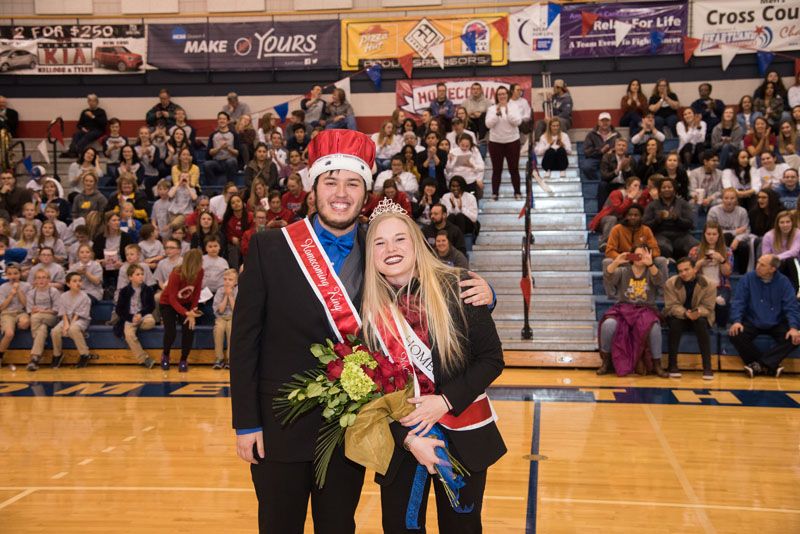 This time next week, five men and five women will be the finalists competing for the title of Homecoming King and Queen.

For now, though, 19 women and nine men have accepted nominations for the honor from various student clubs, organizations and teams.

Online voting for Homecoming King and Queen is open and will be open until Sunday. On Monday, the official Homecoming court will be announced.

The King and Queen will be announced at the men’s home basketball game on Feb. 21  during halftime.

Director of Student Activities Morgan Calvert said the homecoming committee, which includes the Student Government Association, the Athletics Department and Student Affairs, decided to go back to a similar nomination process that was done in previous years.

To receive a nomination for Homecoming court this year, a student needed to be of senior standing and have maintained at least a 2.75 GPA. Students who fulfilled these requirements then had to be nominated by either a club, an organization or an athletic team.

Calvert said this was done to ensure that candidates have “been involved and have been a leader of the Newman community in some capacity.”

Nominated candidates all received an email that required them to fill out an application, including a questionnaire asking about their favorite ’80s song.

Calvert said that clubs, organizations and athletic teams were encouraged to nominate at least one male and one female candidate but could nominate as many seniors that were qualified.

Calvert said the 28 candidates will undergo another vote from undergraduate students that will determine the five male and five female homecoming court.

Calvert said the candidates are also required to partake in the Homecoming festivities, including the pep rally at 8:30 p.m. on Wednesday in Fugate Gym and the men’s and women’s Homecoming basketball games on Feb. 21 in Fugate Gym.

The search is on for a new athletic director