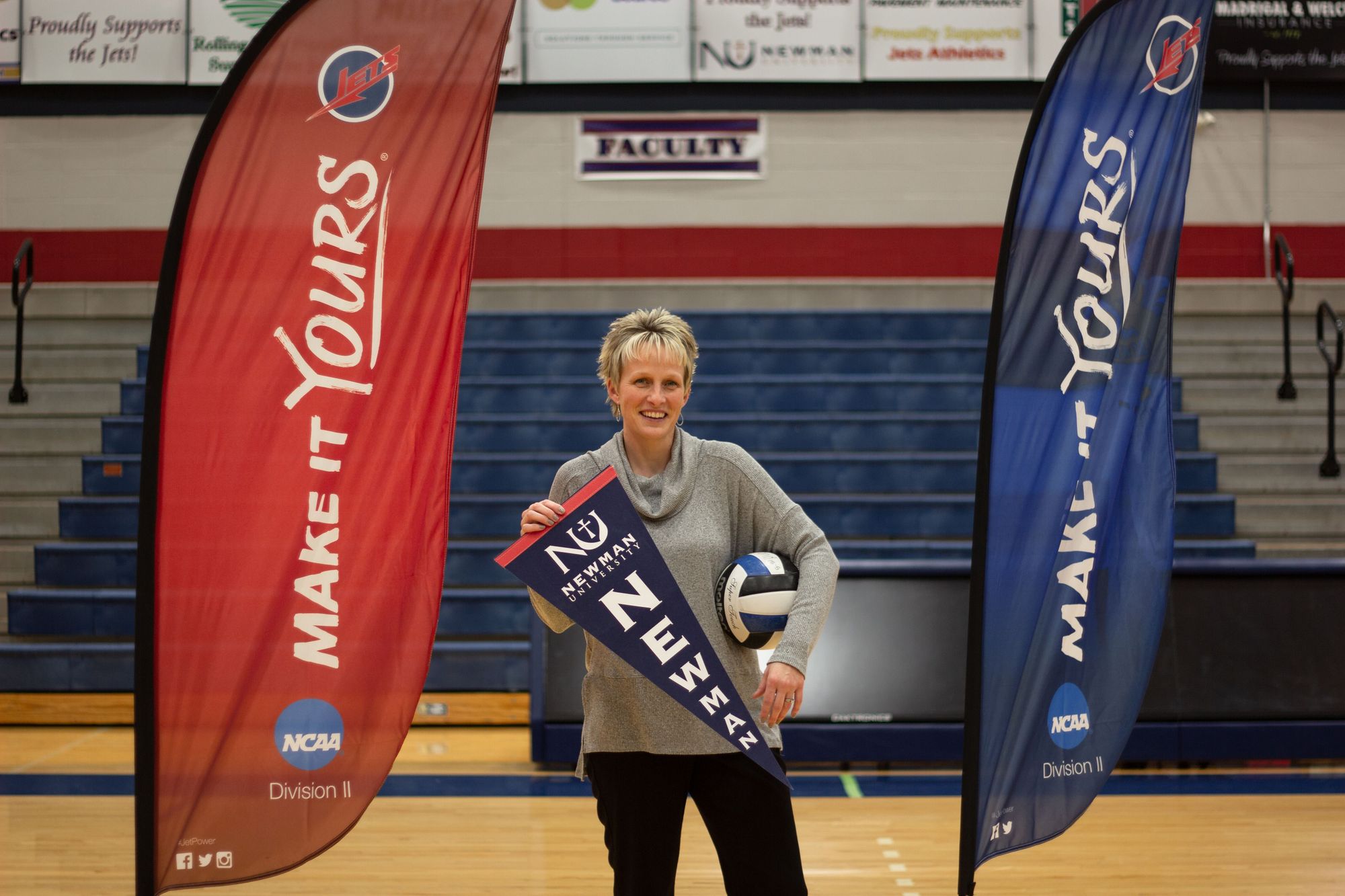 Pryor will officially take over the position on July 1 replacing Vic Trilli, who retires this summer.

She will oversee the transition of the Jets from the Heartland Conference to the Mid-America Intercollegiate Athletics Association (MIAA) for the upcoming academic year.

Pryor will be the only female director in the MIAA conference.

“I grew up with three brothers and I’ve worked in sports my whole life, so it’s kind of been a man’s world for me my whole life,” she said. “I’ve never seen myself lesser, so it is an accomplishment just to become the athletic director whether you’re male or female.”

Maureen Rohleder, associate athletic director, said out of all the candidates who applied and the three who were interviewed, Pryor was the most qualified.

“Being in a private school, in Division ll and knowing how Newman works were her advantages,” she said. “She’s been a coach. She’s been in compliance. She’s been through the trenches, and she knows what other staff members are going through as well.

After two years of coaching at Newman, Pryor stepped into the administration side and has served as the associate athletic director for the past eight years.

“When you move into administration you get everything and their problems, but you get typical relationships with all the sports, not just one,” she said. “I think by moving into the athletic director position I can have even more impact than what I have now.”

Pryor said she’s looking forward to her next chapter with Newman student athletes.

“We have great people. We have great coaches. We always have great student-athletes,” she said. “So to help them any way that I can is what I’m looking forward to.”

The DisadVantage: "RA On Duty. This is Madison!"