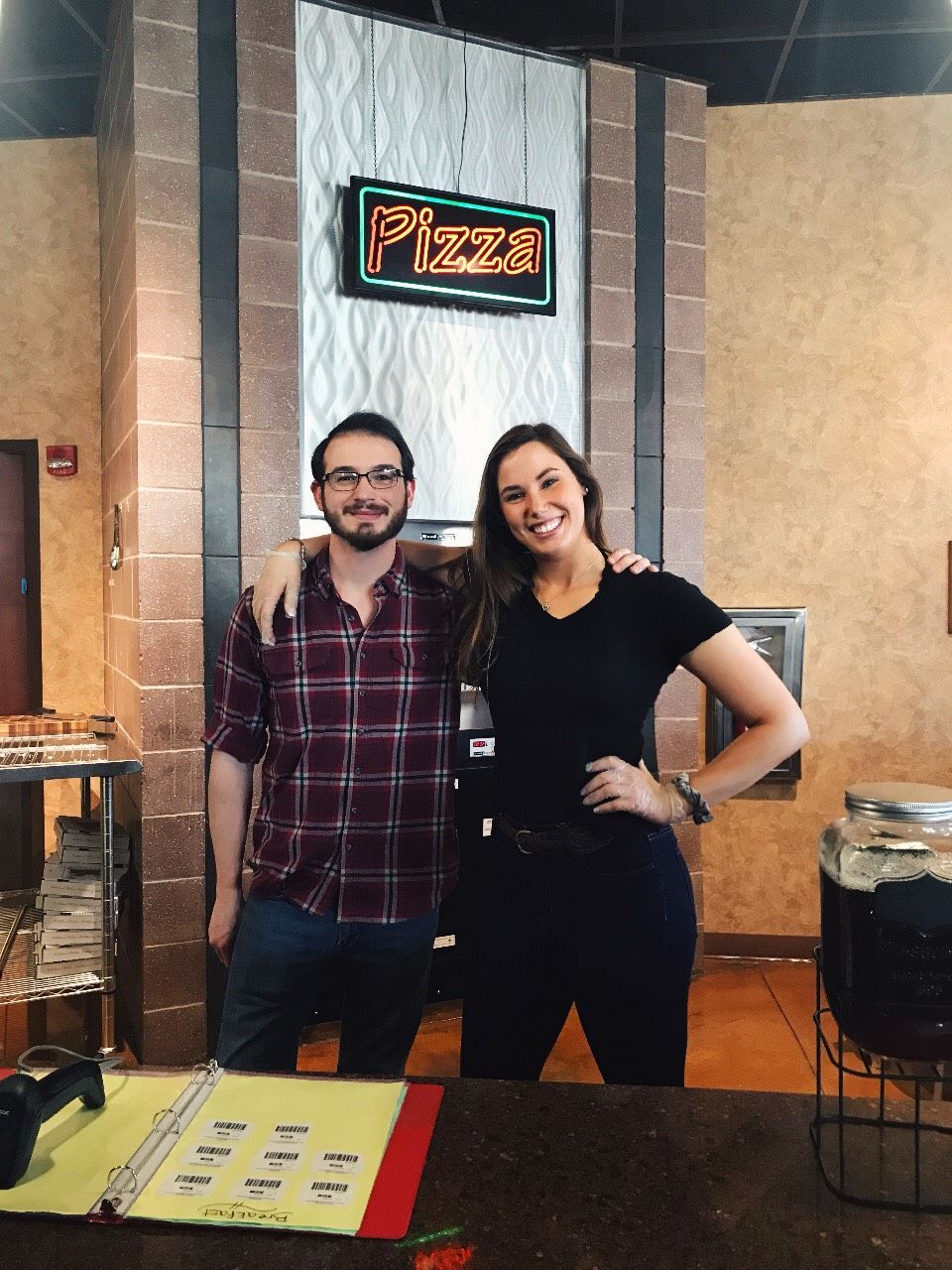 If you have a sibling, you may think that it would be impossible to work with them and get along. Siblings Philip Rood and Hannah Fowke-Rood would disagree.

Rood graduated from Newman in December 2018 with a degree in Management Information Systems, while Fowke-Rood is a senior majoring in Interdisciplinary Studies. Both have worked together as snack bar servers at the Newman Grind since it opened in January and are the Grind’s only employees.

“[We’re the] people who get you through the morning,” Rood said.

Rood had worked in the cafeteria before the snack bar opened, but switched over to the Newman Grind when the job became available.

Fowke-Rood was hired soon after.

“I was looking for a job, and they needed another person over here, so I’m lucky it came in the right place and at the right time,” Fowke-Rood said.

The siblings said that though they were close when they were young, they grew apart throughout their high school and college years. Working together has helped them to strengthen their relationship.

“We’re spending everyday together… which is really good for our relationship. Brothers and sisters have that sibling conflict, so this has been good. It helps us get over that,” Fowke-Rood said.

Rood said that he enjoys working with his sister also.

“We know each other and we know how we both operate, so we can sometimes cover when somebody is somewhat lacking in one area,” he said.

Being related makes it easier to say what they’re feeling.

“We can be more blunt without worrying about hurting each other’s feelings because siblings say much worse than, ‘Hurry up,’” Fowke-Rood said. “Because you know you love them, you know they love you, there’s no way you can get offended.”

Fowke-Rood said she does not think that there are any cons to working with a sibling.

“It’s like working with a friend you can’t offend,” she said. “We’ve been getting closer over the years, but I think this is what made us become friends…. Now we hang out on the weekends, and we go to dinner and stuff with friends, so that’s pretty cool.”

Rood is working at the Newman Grind while he hunts for a job in his career field.

He said that his favorite part of his job is implementing the skills he acquired with his degree and sharing data from sales with his boss Chris Heck.

“Something interesting that I do here is analyze sales of what we’re selling, which drinks we are selling the most, what people are coming in and buying. Customer flow, is what they call it. My major was in MIS, so I’m trying to make use of my skills in that area, and give Chris the data, so he can say, ‘Oh, we need to get this inventory in,’ because we didn’t have a system like that.”

Fowke-Rood said that talking to everyone who comes to the snack bar is her favorite part of her job.

“You get to know a lot of new people and they get to know you, which is a lot of fun,” she said. “You can really see how some people crave coffee. They crave caffeine and that’s funny to see them walk by later, and after they’ve had their coffee they’re all happy.”

The siblings said that they could see themselves working together in the future, after obtaining jobs in their respective fields.

“I could picture it,” Rood said. “With my degree, I work with databases. Every business has databases and needs IT people to fix their devices, so I could clearly work anywhere.”

Fowke-Rood said that she wants to work somewhere in the military or medical field.

“It’s all up in the air right now,” she said. “But I think it would be really cool to work with him again. I’d never thought about it before this job. I was a little worried when we started. Like, ‘How is this going to work, working with my big brother?’ But, I mean, it worked great. I think everyone should have a sibling to work with.”

PHOTO: SIBLINGS HANNAH FOWKE-ROOD AND PHILIP ROOD are the only employees at The Newman Grind.  Courtesy Photo, Hannah Fowke-Rood