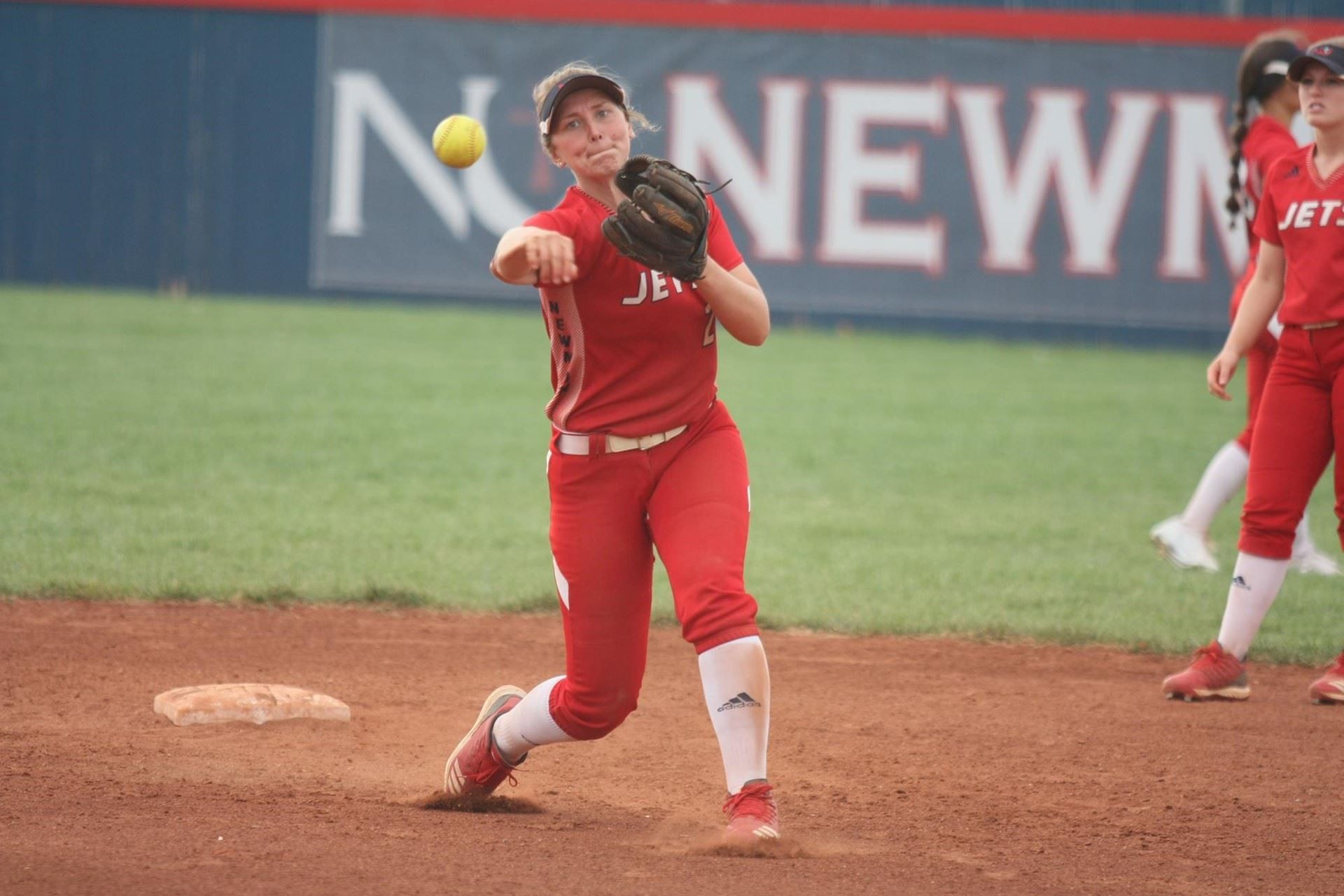 Softball in tough spot as it wraps up tricky season

With only seven conference games left to play, the Jets softball team is in a tough position to advance to post-season but head coach Janice Fiene said she is hoping to motivate her players to push their hardest through to the end.

“We talk about perseverance and playing for pride, keep pushing forward and giving their best effort” Fiene said. “It is an important lesson for our players to learn.”

Lauren Kuhrt, freshman, led the Jets in the first game, going two-for-three with a steal. Kuhrt said she is very pleased with the result and the teams performance.

“We played super solid defensively and our pitchers did great as well.” Kuhrt said. “Getting some more wins under our belt will help us improve in confidence.”

Coach Fiene is also pleased with the performance and is trying to keep this momentum.

“During our wins against St. Mary’s we played relaxed and in control. They need to try and replicate this feeling every time they step on the field.” Fiene said. “We are going to use more game-like drills in practice that are competitive and fun.”

Fiene is emphasising building the confidence of the team too. “We want to play to win rather than trying not to lose,” Fiene said. “We need to control what we can control and enjoy playing the game.”

The Lady Jets will host a double header against St. Edwards at 4 p.m. and 6 p.m. on Friday at home.

We’re graduating not checking into the nursing home